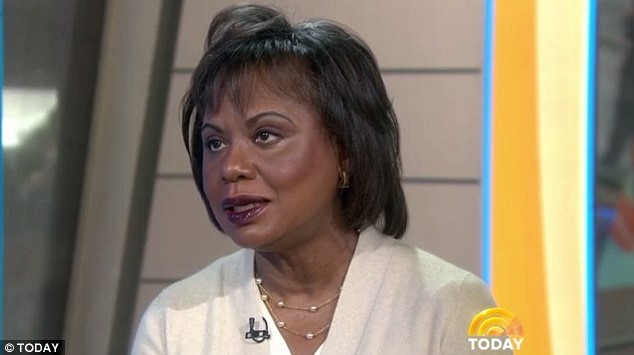 NPR’s Morning Edition brought on Anita Hill for another of many softball interviews about sexual harassment on Wednesday. Hill is treated as a kind of feminist saint, and no one brings up how she came to Bill Clinton’s defense in the adultery-slash-sexual harassment fight before he was impeached in 1998.

NPR anchor Steve Inskeep began: “It's been submerged beneath the presidential campaign news, but we may be having a national moment about sexual harassment. Roger Ailes lost his job this summer as head at Fox News.” The online headline was “Anita Hill: ‘We’ve Come a Long Way Since Then.’”

Inskeep claimed he wasn’t going to treat Ailes as guilty....but of course he did within a few moments. “Now, the point here is not to assign guilt in any particular case. Ailes, for the record, has denied wrongdoing at Fox. The point is that women are at last gaining more attention when making complaints that were once dismissed. You hear a difference if you go back to 1991, which is when Anita Hill made public claims against a former colleague, Supreme Court nominee Clarence Thomas.”

Justice Thomas is always presumed guilty of harassing Hill. NPR and Nina Totenberg were a crucial part of foisting Hill's unsubstantiated attacks on Thomas, and creating the furor that spawned the Hill-Thomas hearings. A Thomas fan would laugh as NPR explains that Hill says she was “ostracized,” which is an odd word for a six-figure book deal and a very secure professor’s job in New England.

Inskeep then compared Ailes to Bill Cosby, and implied both men are guilty as charged:

STEVE INSKEEP: Both the Bill Cosby story and the Roger Ailes story - and I'm not saying in any way that they're exactly the same - share some of the same elements. You have a workplace situation. You have ambitious people. You have a powerful man accused of taking advantage of far, far, far less powerful women. What do you think those stories have done to change people's consciousness about this?

ANITA HILL: I think it makes clear that even though the men are more powerful, that even women who are perceived to have some power have trouble coming forward. But I also think that it makes people aware that how, in these situations where there is extreme hierarchy and you have an individual who is well-regarded on many levels, that it is very difficult for women to come forward because, in many ways, they don't have anyone to report to who can actually do anything about it, who can change the behavior of this powerful person.

INSKEEP: What do you mean by extreme hierarchy? Every company has a boss, but you seem to be talking about a specific kind of company.

HILL: Well, I'm talking about companies where you do have this fairly iconic figure and employees are prohibited from stepping outside of the chain of command to even talk to people who are above them in rank.

INSKEEP: You know, I'm thinking about the different kinds of allegations that have surfaced here and in other cases, for that matter. Does that make any difference to you?

HILL: Well, every case has to be judged on its own, but the law gives you some standards. And you can either have the sexual extortion, which is the quid pro quo, or you can have harassment that is - does not require sex, but creates an environment that is hostile and ongoing. So the question isn't whether it's one kind or another, but the question is whether it is severe and pervasive.

In a September, 28 1998 op-ed in The New York Times, Hill basically absolved Clinton of charges of sexual harassment made by Paula Jones – charges he later paid out $850,000 to settle – by simply failing to acknowledge the case existed. That's not very feminist. Wasn't Jones far, far less powerful than Gov. Clinton? Wasn't Kathleen Willey far, far less powerful than President Clinton? This is how she set her tilted table:

According to their testimony, Mr. Clinton and Ms. Lewinsky viewed their relationship as consensual. While their immoral and undignified behavior no doubt had a negative effect on others in the office and in the Clinton household, it was not coerced, unwanted or illegal.

In the case of Mr. Packwood and Mr. Thomas, the accusations involved sexual harassment. To equate those allegations with an office affair is to trivialize issues of sexual predation that women face in the workplace and on the street.

Nor are the situations morally equivalent. The possible violation of a woman's civil rights is not the same as the emotional pain and loss of trust that result from extramarital affairs. Equating the two promotes a form of moral fundamentalism that devalues women and the issues they face and offers only a formulaic approach to addressing them

Hill offered a feminist fundamentalism: Support abortion rights, and your sexual accusers can be ignored.

Most of the media attention on today's Hill interview came in this exchange:

INSKEEP: What would you have employers do about this issue that they're not doing?

HILL: Well, one thing I would have the Fox News Network do is to take back the $40 million that reportedly Roger Ailes has received.

INSKEEP: Oh, and we should mention that is what has been reported, anyway, to be a severance payment of sorts as Ailes was shown the door.

HILL: Well, it seems to me that that sends a very bad signal. And, in fact, if the allegations are proven to be true, then certainly not only has he violated the law, but I would also say that he has actually injured the company in a way that would keep him from being entitled to a severance pay.

Is there an actual “golden parachute” here? Who needs to verify facts about Fox News? This is NPR! They hate Fox with a burning passion. They fired Juan Williams for the offense of appearing with Bill O'Reilly.