ABC, NBC, and WashPost Bury Polls That Majority Disagree With DOJ on No Email Charges for Hillary

On Monday morning, Washington Post polling manager Scott Clement offered a new report that a majority of Americans disagreed with the decision not to indict Hillary Clinton over her emailing of classified information. But the people who paid for the ABC News/Washington Post poll could barely notice the result.

Clement’s story has yet to appear in the actual newspaper, and the poll drew just 18 seconds on ABC yesterday morning in the second hour:

CECILIA VEGA: And turning to politics now. A new poll shows most Americans disagree with the Justice Department's decision not to charge Hillary Clinton for using that private e-mail server. 56 percent disapprove but our ABC News/Washington Post poll finds most Americans now say the e-mail scandal will not influence their vote. 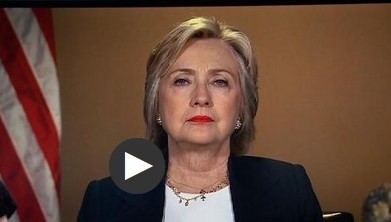 A majority of Americans reject the FBI's recommendation against charging Hillary Clinton with a crime for her State Department e-mail practices and say the issue raises concerns about how she might perform her presidential duties, according to a new Washington Post-ABC News poll.

Six in 10 voters say the outcome will have no impact on their vote this November, even as those who do largely say it discourages them from backing the presumptive Democratic nominee....

The Post-ABC poll found 56 percent disapprove of Comey's recommendation against charging Clinton while 35 percent approve. The survey mentioned Comey's reasoning that Clinton did not have criminal intent but that he found her actions were extremely careless handling e-mails.

Roughly 6 in 10 independents disapprove of the recommendation against charges (59 percent), rising to nearly 9 in 10 Republicans (88 percent) and falling to 31 percent of Democrats.

While Clinton has defended her practice as a matter of personal convenience similar to her predecessors, 57 percent in the poll say the issue worries them about how she might handle responsibilities if elected president, while 39 percent say it's not related to how she would perform as president. Over 4 in 10 say they are "very worried" about the issue's implications for Clinton's performance as president.

Guess who isn’t “worried” – the liberal media that bury their own polls about voters being worried.

The new NBC News/Survey Monkey poll also had a question about FBI director James Comey’s public recommendation against an indictment, which NBC News and MSNBC ignored on air (at least according to a Nexis database search). NBCNews.com carried their result:

A strong majority of voters (82 percent) agreed that it was inappropriate for Clinton to use a personal email server during her tenure as secretary of state. A smaller majority — 56 percent — also said they disagreed with Comey's recommendation that Clinton not be prosecuted for use of the server.

These results are according to the latest from the NBC News|SurveyMonkey Weekly Election Tracking Poll conducted online from July 4 through July 10, 2016. Survey questions pertaining to Clinton's email controversy were added following Comey's announcement.

On air, NBC's Andrea Mitchell mentioned their new poll showed Hillary was sinking a bit next to Trump, but avoided this question and answer.