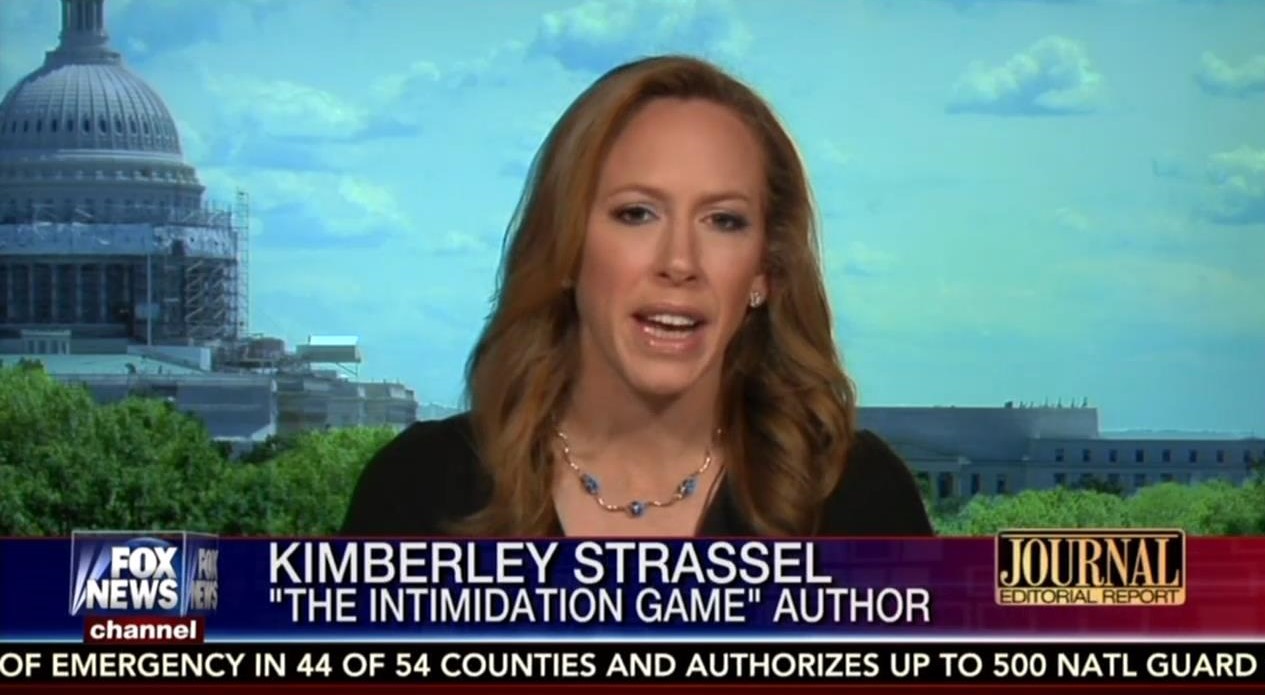 The New York Times appears to be playing games again with conservative authors, trying to keep them off its vaunted (and secretively manipulated) Best Sellers list. This has happened to Ted Cruz, to Dinesh D’Souza, and to David Limbaugh.

This case is more ironic: Wall Street Journal columnist Kimberley Strassel has a new book out called The Intimidation Game: How the Left Is Silencing Free Speech.

Every week, Nielsen's BookScan produces a ranking of book sales around the country, and is estimated to capture 70 to 80 percent of all retail sales. Most organizations, including The Wall Street Journal, use BookScan as their way of ranking best-sellers.  According to BookScan's list on Wednesday, The Intimidation Game was the sixth bestselling hardcover book in the nation for the past week. It came out on June 21 from Twelve Books.

When The New York Times announced its latest weekend best-seller list on Wednesday evening, The Intimidation Game was nowhere in the the top 15. In fact, it wasn't even on the extended list of the top 20 hardcover bestsellers, despite outselling books that did make the list. It did come up as No. 13 on the New York Times's e-book bestseller list for July 10. So the Times is aware of its sales, but its secret-sauce formula is somehow keeping it at bay....like other conservative best-sellers.

The dust-cover may explain why the Times is acting allergic: "Timed to arrive at the height of the 2016 presidential season, The Intimidation Game will shine a much-needed light on how liberal activists and the Democratic machine bully the political process."

The very opposite of Strassel is leftist author Jane Mayer, a former reporter for The Wall Street Journal. Her anti-Koch brothers book Dark Money came out in January, and this is a brief look at how the Times plugged it hard out of the gate:

On February 7, Mayer’s book debuted at #4 on the Hardcover Nonfiction list and #3 on the E-book Nonfiction list. Oh, and by the way, this PR campaign could possibly be related to the fact that Mayer's husband Bill Hamilton is the Washington Editor of ...The New York Times.