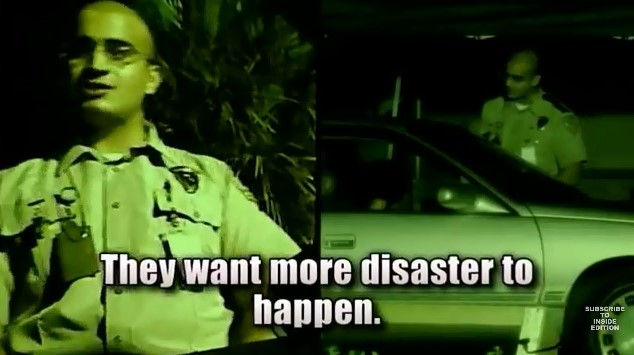 NPR anchor Scott Simon said unnamed federal officials were “struck by the fact that the shooter, Omar Mateen, doesn't seem to have exhibited any of the warning signs often associated with radicalization. They're exploring whether Mateen invoked ISIS's name not because he follows that group, but perhaps in hopes of getting more publicity for his attacks.”

Because, you know, shooting 100 people wouldn't get  much publicity otherwise. Tom Joscelyn at The Weekly Standard explained that Mateen’s call wasn’t a publicity stunt. It was a pledge of allegiance:

During at least one of the calls, Mateen also told an operator that he pledged allegiance to the Islamic State.

This is exactly what Abu Bakr al Baghdadi's so-called caliphate tells people to do before they die as a "martyr" or otherwise.

The Islamic State regularly warns believers that they shouldn't die in a state of disobedience. They can avoid the fires of hell by pledging bay'ah (oath of allegiance) to Baghdadi's enterprise, the group's propagandists frequently claim. For instance, the 12th issue of the Islamic State's English-language magazine, Dabiq, includes this passage attributed to the Prophet Mohammed: "Whoever withdraws his hand from obedience will meet Allah on Resurrection Day without having any excuse. And whoever dies without having a bay'ah binding him, dies a death of jahiliyyah [state of ignorance]."

The couple who opened fire on a holiday party in San Bernardino last year did the same thing. They, too, pledged allegiance to Baghdadi's "caliphate" before meeting their fate.

Since the September 11, 2001, terrorist attacks, the martyrdom cult has only grown. Al Qaeda and then the Islamic State have popularized the idea to such an extent that there were more suicide attacks in 2015 (726) than in any previous year.

But Simon and his NPR reporter, Dina Temple-Raston (the one with the ACLU book) kept trying to downplay the radicalization, as if the terrorist attack wasn’t proof of radicalization!

DINA TEMPLE-RASTON: We've been talking to intelligence officials and investigators. And they're becoming, as you say, increasingly convinced that the motive for this attack had very little or maybe even nothing to do with ISIS. Al-Qaida- and ISIS-inspired attacks - typically they follow a very different pattern than what we've seen in this case. I mean, we know that during the attack, the gunman posted messages on Facebook saying he was doing this on behalf of ISIS. But officials have yet to find any of the precursors usually associated with radicalization.

With interviews - they've interviewed dozens of people who either knew him or had contact with Mateen. And they say they've yet to find any indication that he became noticeably more religious, which is one of the indicators of radicalization. He still was going to the same mosque. The way he dressed didn't change. His relationship with his family hadn't changed in any way. And these are all typically warning signs that parents and friends and educators are told to look for if they're worried someone they're close to is radicalizing. I mean, this isn't science, but in this case - so far, anyway - it doesn't appear that any of those precursors were there.

SIMON: So investigators are suggesting to you that Omar Mateen's post about ISIS might have been what amounted to a cover story for some other motive.

TEMPLE-RASTON: A cover story or maybe a story of convenience. I mean, among other things, they believe he may have invoked ISIS's name, as you said in the introduction, to get more publicity for the attack.

[Photo comes from an Inside Edition story on security guard Mateen bad-mouthing BP in a documentary on the oil spill.]