Detroit Paper on GOP: Sew Them In a Bag With Rabid Animals and Drown Them

Detroit Free Press editorial page editor Stephen Henderson shredded the notion that he writes a column with exceptional “equanimity” by suggesting that charter-school backers in Detroit should be sewed into a burlap sack with rabid animals and thrown into a lake to drown – if they aren’t eaten first. 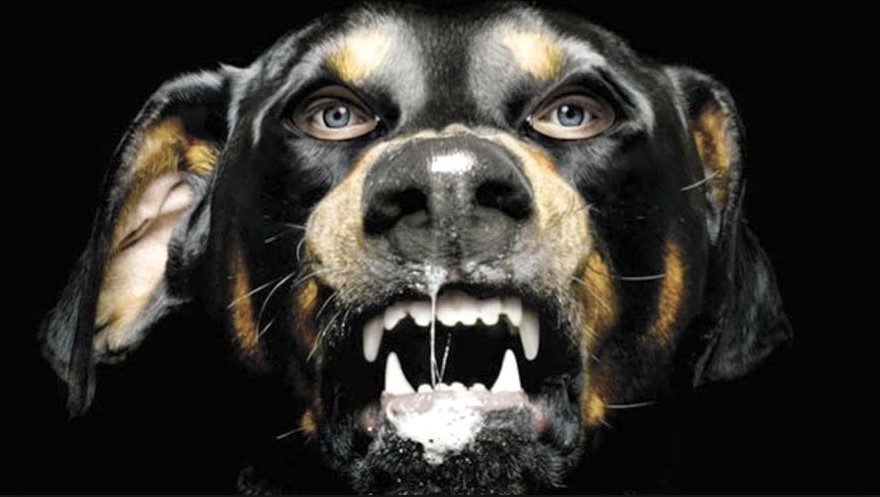 MACKINAC ISLAND – We really ought to round up the lawmakers who took money to protect and perpetuate the failing charter-school experiment in Detroit, sew them into burlap sacks with rabid animals, and toss them into the Straits of Mackinac.

But isn’t that what the Romans or Greeks or some other early practitioners of democracy used to do with solicitous and unprincipled public officials?

Henderson’s biography page not only notes he was an “objective” reporter for Knight-Ridder newspapers for five years, it claims “Henderson's columns strike a note of decided balance - taking the best of left and right, and combining them to reach pragmatic, rational solutions. Equanimity is his trademark. That does not equate, however, with timidity.”

This splenetic columnist took exception to legislative leader and "maladroit thinker Kevin Cotter, has sold his caucus’ [sic] political soul to the high-bidding DeVos family." He really didn't think his drowning solution was too harsh. He repeated himself:

It is every bit deserving of an old-school retributive response.

No lover of actual democracy could weep at that outcome.

In more practical terms, this ought to be resisted by Lansing’s more reasonable lawmakers. 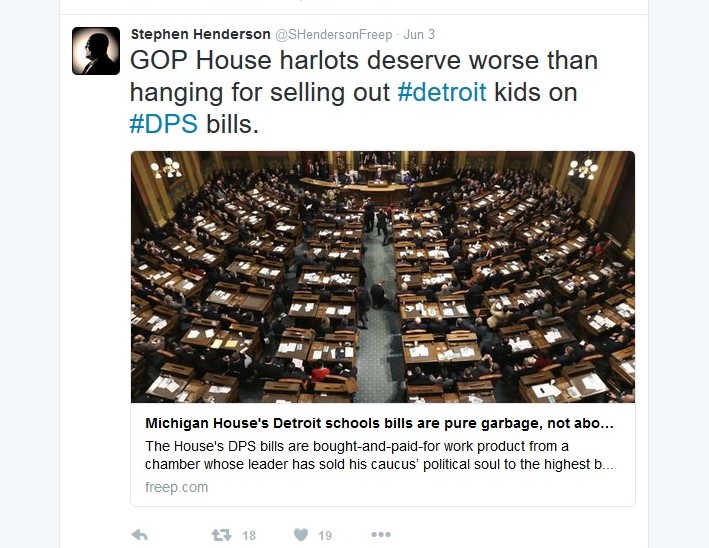 Cotter is also an ideological baby throwing a tantrum:

Cotter has led the House this way on a host of issues (like road funding) where his caucus proffers an insane solution, digs in its heels and cows the Senate and governor into capitulating for fear that the alternative will be nothing.

But that’s like letting a tantrumming child get the lolly he so desperately wants. And it’s a rotten way to make policy.

If the Republicans were Ayn-Randian ideologues, would they have voted to bail out Detroit....again?