Retired USA Today White House reporter Richard Benedetto penned an op-ed for The Wall Street Journal on Friday titled “How Obama Gets Away With It.” He suggested “Usually when an incumbent president is leaving office and a slew of candidates are battling for his job, that departing chief executive’s record is a major campaign issue.”

But Obama’s record in office is not an issue. Obviously, one reason is the Republican establishment didn’t want Obama to be an issue, which is why they moved to take any budget fight with Obama off the table for the rest of his presidency. Benedetto noted "Donald Trump's bombastic candidacy is a huge distraction and often blocks out or obliterates more-substantive issues." He also argued the media is putty in Obama's hands.

But another reason—a big one—why Mr. Obama is able to avoid being a target is that he is a deft manipulator of the media, probably more skillful at it than any president ever. He heads a savvy public-relations machine that markets him like a Hollywood celebrity, a role he obligingly and successfully plays. One of the machine's key tactics is to place Mr. Obama in as many positive news and photo situations as possible. Ronald Reagan's advisers were considered masters of putting their man in the best possible light, but they look like amateurs compared with the Obama operation-which has the added advantage of a particularly obliging news media. 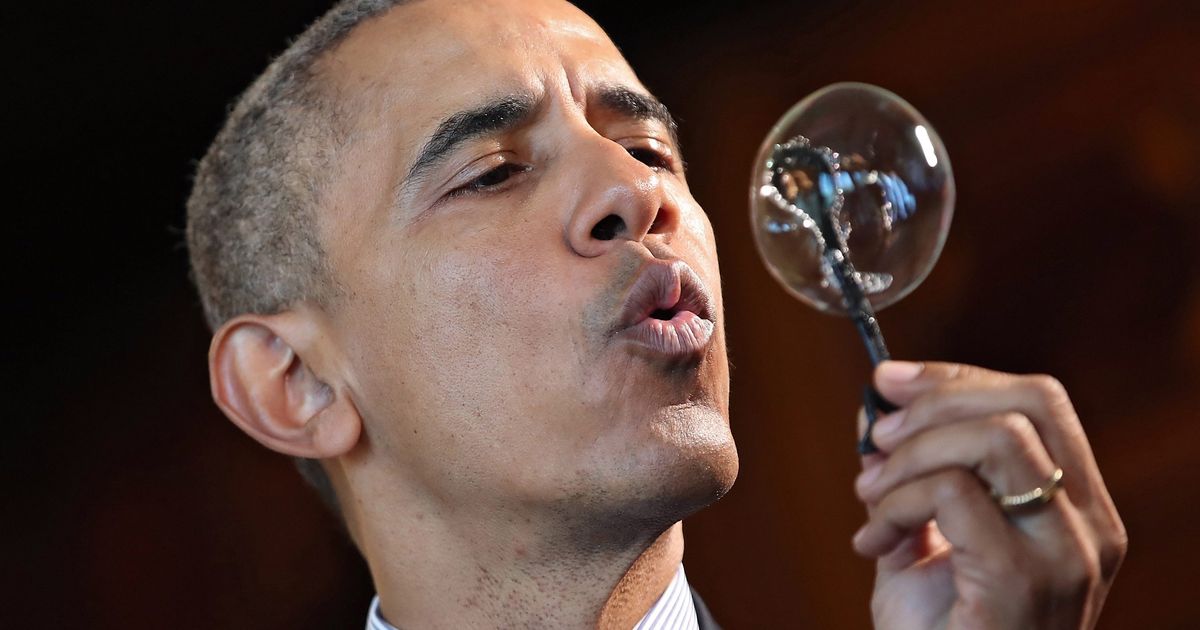 A sampling over the past few weeks: A Washington Post photo captures President Obama blowing giant bubbles "At the final White House Science Fair of his presidency." A New York Times photo shows the president mobbed by women admirers at a ceremony designating the Sewall-Belmont House on Capitol Hill as a national museum for women's equality.

An ABC News video gives us Mr. Obama's helicopter landing on the rainy grounds of Britain's Windsor Castle, and then we visit the president and first lady lunching with Queen Elizabeth II on her 90th birthday.

In other news clips, we see a doctoral-robed Obama speaking to graduates of Howard University, a tuxedoed Obama yukking it up at the White House Correspondents Association dinner, a brave Obama drinking a glass of water in Flint, Mich., a cool Obama grooving with Aretha Franklin at a White House jazz concert, a serious Obama intently listening to Saudi King Salman, a jubilant Obama on his showy trip to Cuba.

Benedetto theorized that all of Obama's troubles in foreign and defense policy are handled by sober servants who are somehow never connected to him. He concluded:

One of the news media’s main jobs is to hold public officials accountable, from the president on down. But Mr. Obama is the beneficiary of news-media managers and reporters who mostly like his style and agree with his policies, from his reluctance to make strong military commitments to his advocacy for LGBT rights, fighting climate change and supporting tougher gun-control laws. Case in point: The administration’s easy orchestration of the media story line about the Iranian nuclear deal, recently revealed by Deputy National Security Adviser Ben Rhodes, only scratches the surface of the White House’s skill at managing a media happy to be managed.