Dan Savage: If Trump Gets the GOP Nomination, Black and Brown 'People Will Die' 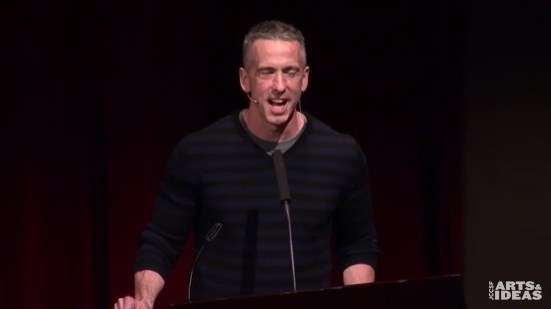 In his latest “Savage Love” column in 50 papers, leftist gay activist/sex columnist Dan Savage discussed a recent talk he gave at the Jewish Community Center of San Francisco as part of their lecture series "Uninhibited: About Sex." He was celebrating what he called “the sex-positive movement” and the 25th anniversary of what he called “my skeezy sex column.”

The column was dedicated to questions he didn’t have the time to answer in San Francisco, and some of them were political. In answering  Donald Trump questions, Savage uncorked the hate that he often spews against Republicans.

Q. What is the one thing that concerns you most about the current political climate/election cycle?

Donald Trump getting the Republican nomination. I'm not at all concerned about the potential destruction/implosion of the GOP—those fuckers have it coming—but with the likelihood of political violence. I'm concerned that black and brown people—Latinos, Muslims, African Americans—will be subjected to more political/social/economic violence than they already are. People will die as a direct result of Trump getting the GOP nomination. This is a terrifying moment.

This is the man Disney and ABC is honoring as the "inspiration" for their hateful anti-Catholic sitcom The Real O'Neals. Savage followed that shocker up by going back to humor mode as someone made a subtle allusion to his notoriously ugly disparagement of former Sen. Rick Santorum:

Q. What kind of sexual fluid or act would you name after Donald Trump?

Trump, as I pointed out in a previous column, already has an alternate/more accurate meaning. There is no authority higher than The Oxford English Dictionary, and here's what you'll find under "trump" at oed.com: "in reference to a sound like a trumpet... the act of breaking wind audibly." So remember, kids, when you see Donald Trump standing in front of a microphone... Trump isn't talking. He's trumping.

PS: He also cast aspersions on every person opposed to the sin of homosexuality as a “terrified middle-schooler,” regardless of their actual age on the planet:

Q. How do you combat homophobic remarks in a culture that condones and promotes homophobic tendencies?