On his PBS late-night talk show on Monday night, Charlie Rose brought on Gen. David Petraeus for an hour to discuss Iraq, Syria, and defeating ISIS. There was one obvious question: Would Rose ask the general about the investigation into Hillary Clinton’s e-mails? After all, Gen. Petraeus was sentenced to two years probation and fined $100,000 for possessing classified information at an unauthorized location.

The answer – this being liberal PBS – was “No.” The transcript ran 9,532 words without the word “e-mail.” Was this at the general’s request? Or just liberal scandal suppression? (They never discussed the whole Petraeus adultery-and-email mess, either.)

Hillary came up at the show’s beginning: 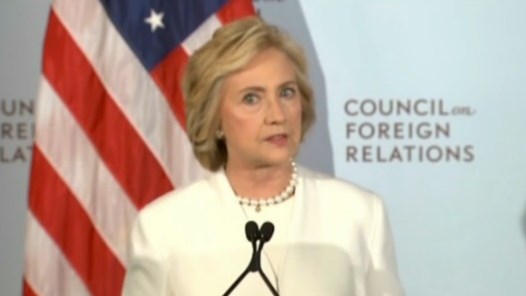 CHARLIE ROSE: We begin this evening with our ongoing coverage of the recent Paris attacks. Questions continue to surround the global response. Last week, former secretary of state Hillary Clinton called for an intensified effort to combat the Islamic State.

HILLARY CLINTON, FORMER SECRETARY OF STATE (VIDEO CLIP): It's time to begin a new phase and intensify and broaden our efforts to smash the would-be caliphate and deny ISIS control of territory in Iraq and Syria. That starts with a more effective coalition air campaign, with more allied planes, more strikes and a broader target set. We should also work with the coalition and the neighbors to impose no-fly zones that will stop Assad from slaughtering civilians and the opposition from the air.

So Hillary got about 30 seconds to sound statesmanlike, but her e-mail conduct was never discussed. How convenient.

Speaking of convenience, Obama barely came up until the end of the hour:

CHARLIE ROSE: And you believe U.S. leadership has not been apparent? I mean, you are, by definition, critical of the Obama administration for not doing enough and not showing enough urgency? 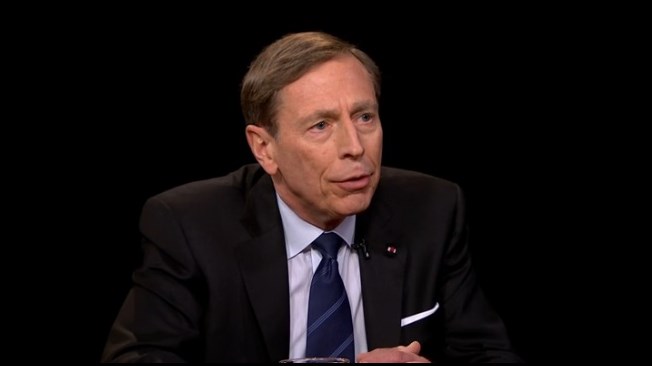 GEN. DAVID PETRAEUS: No, look, what happened, I think, is that, in the wake of Iraq and Afghanistan, if you will, and as they were still going on, the recognition of the enormous cost, the frustration, all the rest of that, really led us to say, oh, man, let`s keep our hands off and not get burned by this one.,,,

CHARLIE ROSE: It may be, for whatever reason, you seem to be reticent to really directly criticize the president, other than on specific areas like a no-fly zone and, you know.

GEN. DAVID PETRAEUS: Look, I served this president, I served the previous president. I`m not one who sees these as really simple issues. These are tough issues.

I was in the room when there were debates on some of these decisions and, again, it`s never clear-cut when you`re actually the person at the head of that particular table.

Obviously, I recommended certain things that were not approved at various times. Some of these are publicly known. But that doesn`t mean that, again, I`m just going to then start poking the serving president in the eye.