Our public schools have for decades served not as education facilities - but as social services and indoctrination centers.  From which the average graduate can’t read the diploma they're handed - but they can roll a condom on a banana.  Where people are brainwashed into preferring failed-everywhere socialism over wealth-producing capitalism - but are blithering, blinkered boobs when asked why.

The late, great comedian George Carlin understood why government does this: “Governments don’t want well informed, well educated people capable of critical thinking.  That is against their interests.  They want obedient workers, people who are just smart enough to run the machines and do the paperwork.  And just dumb enough to passively accept it.”

Most government schools don’t teach - or don’t teach properly - one of the greatest documents in human history: our Constitution.  Which produced the most prosperous, egalitarian nation ever.  But which government schools by and large impugn as racist and fatally flawed - and thus not worthy of proper consideration.

So concepts like the separation and balance of government powers - are foreign to most government school victims.  Concepts like:

Government school victims mostly don’t know this.  And many of these victims - matriculated and landed gigs in the media.  But one example:

The Barack Obama Administration’s Federal Communications Commission (FCC) in 2015 unilaterally granted themselves huge new taxing and regulatory authorities over the Internet.  They “reclassified” the way the Web is regulated - so that they are now imposing 1934 landline telephone law on the Net.  Because despite the Internet not even existing until a half-century later, I’m quite sure our 1934 Congress had it in mind when writing their phone laws. 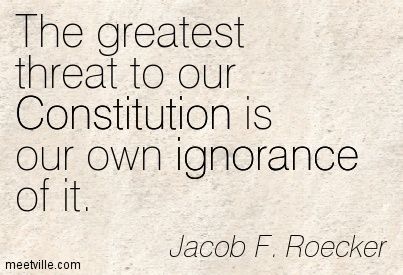 Our more modern Congresses never wrote a law authorizing reclassification - a necessary precedent to any such move by the Executive Branch.  Thus what the FCC did is an egregious overreach.  A huge violation of the separation and balance of powers.  Now the House of Representatives is doing exactly for what the Constitution calls when the Executive Branch overreaches - use the Legislative Branch’s power of the purse to rein it in.

Do our government school victims in the media understand any of this?  Of course not.  Get a load of this raft of totally ignorant headlines.

The FCC can’t have plans - unless and until Congress gives them plans.

The media misses utterly that the FCC never had a “bill” - they issued a unilateral fiat.  And bizarrely, incorrectly places the FCC and Congress on equal Constitutional footing when it comes to deciding what the FCC does.

Since only Congress can create rules - their looking to kill the FCC’s unilateral rules is exactly for what the Constitution calls.

That would actually be the Congress using its Constitutional power of the purse to address a rogue Executive Branch agency.

Executive Branch agencies aren’t supposed to run off on unilateral “crusades” - they are to enforce as written the Legislative Branch’s laws.  When an agency tilts at idealogical windmills - it is Congress’ Constitutional duty to dock its allowance.

FCC…Gets Bitten in the Ass by Net Neutrality

I have zero sympathy for self-inflicted, authoritarian wounds.  Neither should you.  The media has oodles of it - if they are suffered in the pursuit of ever larger government.

No, they don’t.  Net Neutrality has always existed on the Web.  What House Republicans are doing is limiting the FCC’s illegal, unilateral Net Neutrality regulations (which demonstrates that in addition to being illegal, the FCC’s moves were also totally unnecessary).

No it wouldn’t.  It would gut the FCC’s unilateral power grab - executed under the guise of Net Neutrality.

Again, not on Net Neutrality - on the FCC’s power grab.  Note the media’s utter backwardness here.  The Congress “attacks” Net Neutrality regulations - that can not actually exist until Congress writes law giving the FCC the authority to make them.

The media says Congress wants to “kill” - what only Congress can actually create.  The FCC declaring itself Internet Overlord - doesn’t make it legally so.  Congress looking to restore Constitutional order - isn’t “killing” anything.

How’s that for a cavalcade of media Constitutional ignorance - and thus mis-reporting?