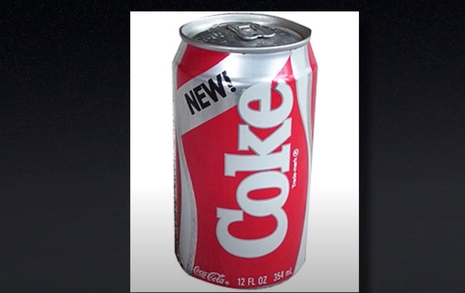 Lasting just 32 days, CNN+ has been put out of its misery. The far-left streaming channel flopped on a massive level, lasting from just March 29 through April 30, 2022.

So, we wondered, just what lasted longer than CNN+?  Here's the top seven:

1. New Coke: The notorious change in Coca Cola’s recipe did way better than CNN+. New Coke launched on April 23, 1985. Although it was met with immediate backlash and the old formula returned on July 11, 1985, 79 days later.

2. Carrots in the refrigerator: According to Time magazine, carrots in a fridge can last six weeks. If CNN+ was a food you could store cold, it would go bad much quicker!

3. The sitcom Joey: While Friends was a massive hit, lasting 10 seasons, the spinoff Joey lasted just 23 months, from September 2004 to August 2006. Still longer than CNN+

4. Tom Brady’s retirement: Tom Brady, by any metric, is way more successful than CNN+. But he announced his retirement on February 1, 2022. By March 13, 2022, his retirement was over and the quarterback had returned. 40 days. CNN+'s birth, life and death didn't even make that.

5. The OJ Simpson trial: Back in 1995, CNN loved the OJ Simpson murder trial, covering it relentlessly. Yet, if it happened today, CNN+ wouldn’t last long enough for the whole thing. It started on January 24, 1995 and ended on October 3, 1995, just over eight months.

6. The marriage of Pamela Anderson and Kid Rock: If you believed Kid Rock and Pamela Anderson were destined for each other, you could hold that belief for 122 days in the summer of 2006. Still, the love of the rock star and Playboy model was almost four times as long as CNN+.

Honorable mention: The presidency of William Henry Harrison (almost) lasted as long as CNN+. Harrison, who served as our ninth president, had the shortest term of any commander-in-chief. He took office on March 4, 1841 and died April 4, 1841, 31 days later. So Harrison’s presidency lasted just a day shy of CNN+'s 32 days. Of course, he gave a two hour inaugural address in the freezing cold. What’s CNN+’s excuse?