Hack FLASHBACK! ‘Comedian’ Sam Bee Groveled to Hillary: ‘It Should Have Been You!’ 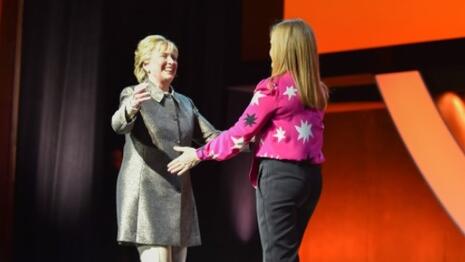 This week, late night “comedian” Samantha Bee said the loud part quiet and admitted that she has, and will for the next four years, pull her punches on Joe Biden. One doesn’t have to go far in history to find out just how much of a hack Bee truly is. In April of 2017, four years ago this week, the host appeared at the “Women in the World” conference.

Introducing Hillary Clinton, Bee apologized for America’s decision in 2016: “‘You deserve to hear it 100 times — it should have been you.”

Ignoring how Mrs. Clinton supported her husband Bill Clinton – and trashed the women who would bravely step forward to accuse him of sexual misconduct – Bee brought up how the 2016 candidate inspires “daughters.”

Though I know your work is not yet done, your mark has already been made, and you inspire people in so many different ways. Your work and its legacy is a beautiful thing to share with my daughters—to show them that the passions they have when they are young can become not just a career, but can lead to a lifetime of fulfillment and meaning. I know you don’t just mean that to me.

This is the same Bee who would turn around and call Ivanka Trump a “feckless cunt.” How do Bee’s daughters feel about that? Inspired? This week, the TBS late night host admitted she wouldn’t bother mocking Joe Biden:

“Why would I purposefully undermine something that seems to be a great idea, pretty much across the board? Like, I don’t need to make jokes just to make jokes. Like, I like to make targeted jokes.” 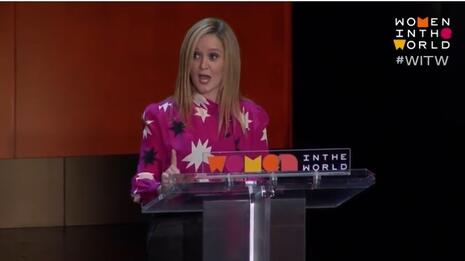 Hell, I was supposed to talk about you on my show for the next 4 years–and now I’m saddled with that pint of flat orange Fanta who gives me way more material than I’d ever want. I thought—and feared—that you being elected would unleash a wave of misogyny in the US. But as we’ve seen, that happened anyway.