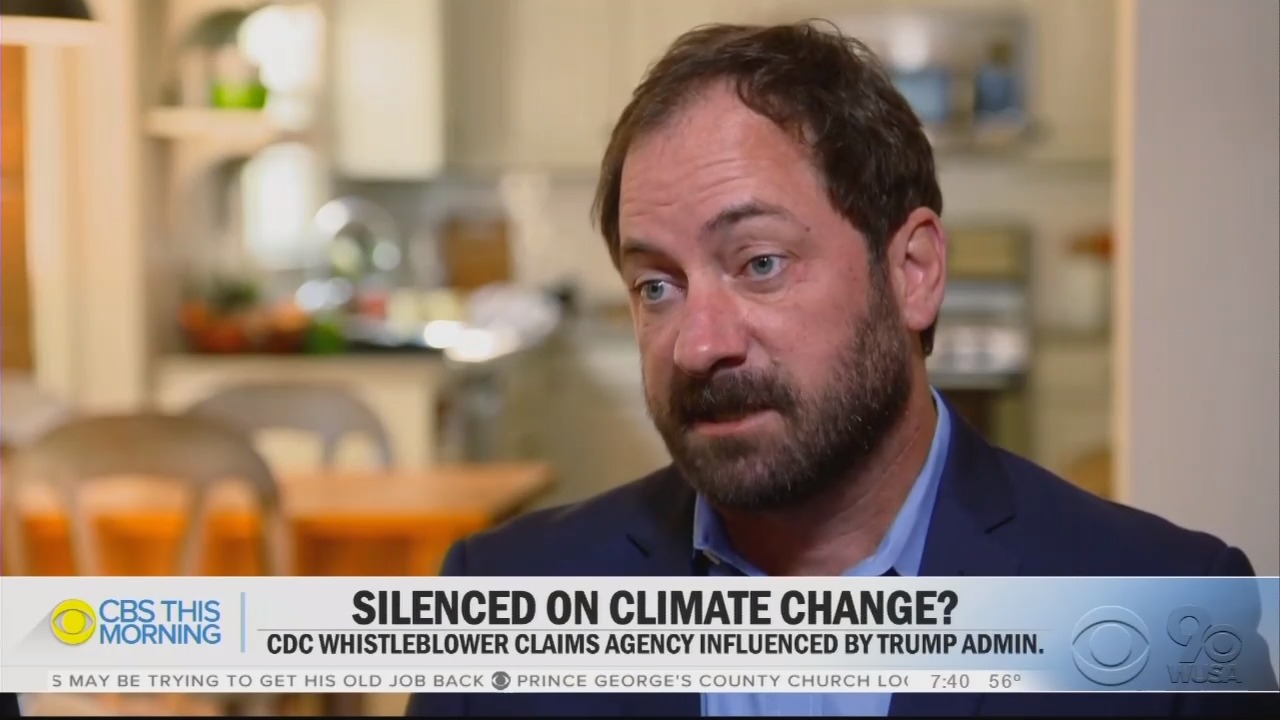 CBS This Morning on Tuesday pushed the idea that a climate scientist was silenced in order to stop movement on fighting climate change. Reporter Mark Strassmann made sure to note that climate scientist George Luber has appeared with celebrity Matt Damon. The CDC employee had planned a conference where far-left Democrat Al Gore was to be the keynote speaker.

Strassmann touted Luber: “The agency made him its public face of climate science and its effect on diseases until the day his bosses wanted him gone.” The journalist promoted the scientist’s proximity to fame: “George Luber was such a celebrated scientist he hung out with other stars like Matt Damon. They flew around Los Angeles in the Showtime special, talking about rising temperatures.”

Strassmann recounted how things went badly: “In late 2016, Luber was organizing a CDC climate change conference. Al Gore was to be the keynote speaker. Right after Donald Trump was elected president, Luber's boss called him in.”

Gore, of course, is the man who predicted that New York City would be flooded by 2016. (It hasn’t.) Luber has since been removed from working on climate change at the CDC.

ANTHONY MASON: There's a new government whistle-blower targeting the Trump administration. This time at the CDC. A top scientist there tells CBS News the agency backed away from its fight against climate change and even talked about using different terminology over fears of antagonizing the administration. The whistle-blower was the head of the CDC's Climate and Health program until last year when he was reassigned. Mark Strassmann spoke to him and is at CDC headquarters in Atlanta. Who is this whistle-blower?

MARK STRASSMANN: Good morning. His name is Dr. George Luber, and he's worked at the CDC for 17 years. The agency made him its public face of climate science and its effect on diseases until the day his bosses wanted him gone. George Luber was such a celebrated scientist he hung out with other stars like Matt Damon. They flew around Los Angeles in the Showtime special, talking about rising temperatures.

GEORGE LUBER: It's a small field, but I'm one of the -- the world's experts. I wrote what I like to think of as definitive textbook on the subject.

STRASSMANN: In late 2016, Luber was organizing a CDC climate change conference. Al Gore was to be the keynote speaker. Right after Donald Trump was elected president, Luber's boss called him in.

LUBER: I was told the optics are not good and that I needed to cancel it.

STRASSMANN: Did he explain what the optics issue was?

LUBER: The meeting was happening three weeks after the inauguration.

STRASSMANN: And that the White House would be unhappy?

DONALD TRUMP: Global warming and —  a lot of it's a hoax.

STRASSMANN: Luber says his boss wanted something else.

STRASSMANN: You're saying that the Centers for Disease Control was afraid to use the term climate change?

LUBER: Yeah. Absolutely. I was told to use a different term.

STRASSMANN: In March, 2018, the CDC revoked Luber's badge, phone, and credentials. He was escorted off the property. The CDC moved to fire him. Luber faced more than 30 troubling allegations from falsifying time cards to seeming hung over. He refuted all but one charge and was allowed to stay. But Luber says the CDC dismantled his climate and health program which the agency denies.

PATRICK BREYSSE (National Center for Environmental Health Director): The program has not changed. The program was the same. It was placed in a different administrative unit.

STRASSMANN: At the CDC Dr. Patrick Breysse is Luber's boss. He’s the senior manager who ordered him to scuttle the science conference.

BREYSSE: It wasn't canceled. We postponed it.

STRASSMANN: You didn't feel any pressure at all?  Politically?

STRASSMANN: That conference happened but without CDC sponsorship. Were any CDC employees told, “Stop using that phrase, climate change?”

BREYSSE: Not to my knowledge. But we did discuss it.

STRASSMANN: What's unchanged, Breysse maintains, is the CDC's commitment to studying climate science but without its star George Luber.

STRASSMANN: Has he been banned from the campus?

BREYSSE: So that’s a personnel matter that I can’t discuss.

STRASSMANN: Is the CDC retaliating against him?

BREYSSE: I am just not going to comment on that.

STRASSMANN: Luber still works at the CDC, but potentially faces up to a four-month suspension. He has to work from home where he reviews scientific papers unrelated to climate change.

LUBER: I do not want media attention, I never did with this. And I —  let me do my work.

STRASSMANN: Luber's whistle-blower complaint is still under review. It also alleges the CDC illegally misspent $10 million that Congress had set aside for climate change research. The agency denies that. Tony?