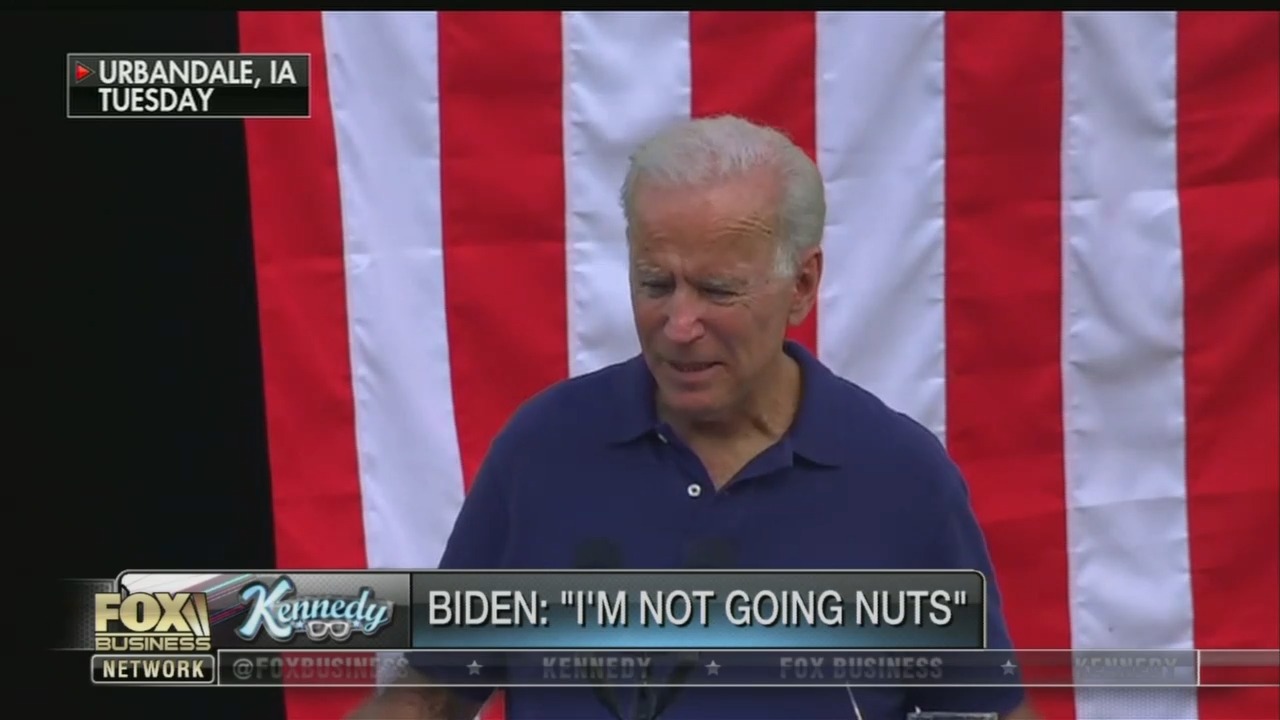 Over the last few days, Joe Biden has unleashed a series of gaffes, some bewildering, some amusing, some just odd. On Friday he informed a crowd: “I’m not going nuts.” But journalists on the broadcast network morning and evening newscasts have shown little interest in discussing them or asking what they might see. On Friday, Joe Biden speculated about Barack Obama’s theoretical assassination.

Only CBS This Morning Saturday covered this gaffe, withco-host Jeff Glor saying it “raised a few eyebrows.” Glor asked the entirely reasonable question: “So you have Joe Biden talking about what would have happened if Barack Obama was assassinated. Why would one bring that up?”

Melanie Zanona of Politico replied, “It's a good question. I'm sure his campaign is asking the same thing.” It may have been a good question, but the journalists on the ABC and NBC morning shows on Saturday, as well as the evening newscasts didn’t ask it.

On Saturday, Biden weirdly mistook New Hampshire for Vermont. None of the networks covered this one. Andrea Mitchell, to her credit, quizzed Biden deputy campaign manager Kate Bedingfield about it on Tuesday during her MSNBC show:

MITCHELL: At the same time, I talked to a lot of people, Democrats, elected Democrats and others in the constituencies who do have concerns about some of the mistakes he’s made, the verbal gaffes with Joe Biden. But here’s an example just from the other day when he was in Keene New Hampshire with a local elected official. And here’s what he had to say.

BIDEN: I love this place. Look, what's not to like about Vermont in terms of the beauty of it? What a neat town. I mean, this is a scenic beautiful town.

MITCHELL: So I know it's just a mistake, but it's Vermont and New Hampshire. he's running in the New Hampshire primary. Does he have to be more careful to prove that he hasn't lost his fastball?

BEDINGFIELD: I think the press has to be more careful in applying an unfair standard to Joe Biden than they are to other candidates.

CNN, Fox Business and MSNBC have noticed this particular gaffe.

A transcript from CBS on Saturday is below. Click “expand” to read more.

JEFF GLOR: Former Vice President Joe Biden raised a few eyebrows last night at a campaign event in New Hampshire. He's the front-runner in the Democratic race right now. I think we have this clip. Let's listen to that.

GLOR: So you have Joe Biden talking about what would have happened if Barack Obama was assassinated. Why would one bring that up?

MELANIE ZANONA (Politico): It's a good question. I'm sure his campaign is asking the same thing. We knew Joe Biden, one of his biggest vulnerabilities is he has a tendency to put his foot in his mouth.