Seconds after it was revealed that Donald Trump had selected Judge Brett Kavanaugh as his Supreme Court choice, MSNBC on Monday night immediately freaked out and deemed him an extreme“right-wing” “conservative.”

MSNBC brought on Jess McIntosh of the liberal ShareBlue organization. She yelled at the network’s audience: “Everybody who is in D.C. right now needs on get to NARAL Pro-Choice America's rally! Go to the Supreme Court! Stay there!” 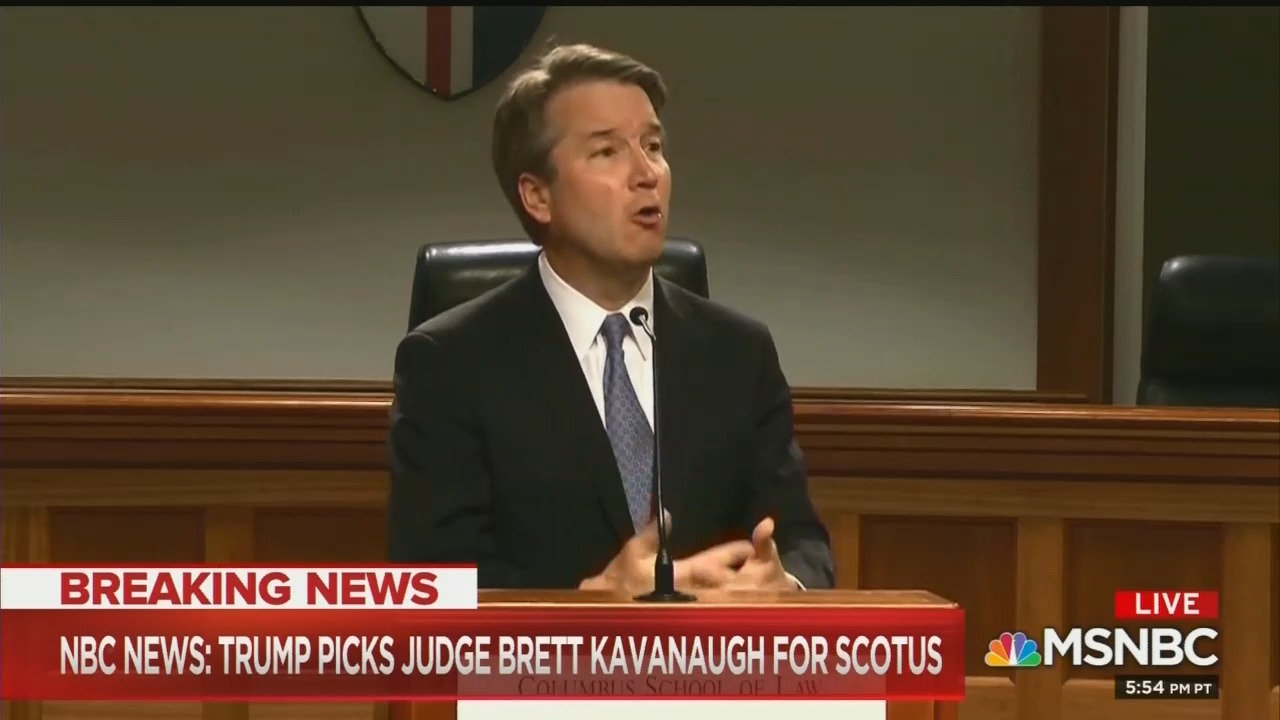 [On breaking news that the nominee is Brett Kavanaugh.]

CHRIS HAYES: This is a guy who cut his teeth on the Starr report. He has moved in conservative, right-wing legal circles for the entirety of his career. He was largely seen as someone like Neil Gorsuch who would be in this position.

JESS MCINTOSH (ShareBlue Media Executive editor): Absolutely. And I think the least surprising thing about it is the point that Pete made earlier, which is we know about Kavanaugh is sympathetic to the idea that a commander-in-chief shouldn't be dealing with questions from investigators, shouldn't be indicted, shouldn't be subpoenaed, and we know that Donald Trump makes decisions about everything based on what that person can do for Donald Trump.

So as soon as that kind of legal thinking became paramount in Kavanaugh's resume, of course Donald Trump would pick him. It is the least surprising thing we could see. It is not about the pick. It’s about the vote. No matter who he put in, the fact a President under investigation for possibly colluding with a foreign adversary to take the White House is deciding to take our policy for the next generation, is absolutely insane. Everybody who in D.C. right now needs on get to NARAL Pro-Choice America's rally. Go to the Supreme Court! Stay there! The reason why we have Kennedy in the first place is because America got really, really mad about the possibility of Bork and they stopped it. And they got Anthony Kennedy instead. We can do this again but it’s going to be really, really hard.

HAYES: My reaction, twofold. One, I'm not surprised. It seemed like this was the most Gorsuch like pick of the bunch. And by that, I mean someone who had punched all the tickets. All the elite credentials and who had spent his life in conservative, right-wing legal circles in which people can be sure they're not going to get a Soutor. There is an entire infrastructure built up on the right to create processes, to create  associations, pipelines of cultivation, to make sure that they get conservative justices appointed by Republicans who end up ruling in ways that align with their policy preferences and their constitutional theories.