Both Donald Trump and Hillary Clinton should have been forced to deal with campaign messes on Tuesday, but the three networks only treated the Republican’s problem as a huge gaffe worthy of extensive coverage. ABC, CBS and NBC deluged viewers with more than five times more coverage — 25 minutes and 35 seconds versus 4 minutes and 41 seconds —  to Trump’s “Second Amendment people” remark than they did to the father of an ISIS-inspired terrorist sitting right behind Clinton at a rally in Orlando, Florida.

CBS pounced on Trump’s comment that “maybe” “Second Amendment people” can do something about Clinton’s judges, highlighting the story for 14 minutes and 24 seconds on Tuesday night and Wednesday morning. In contrast, the Evening News and CBS This Morning hosts allowed just a scant 59 seconds to Seddique Mateen, the father of a man who murdered 49 people in an Orlando night club, attending a Clinton at a rally on Monday. This is a disparity of fourteen to one. 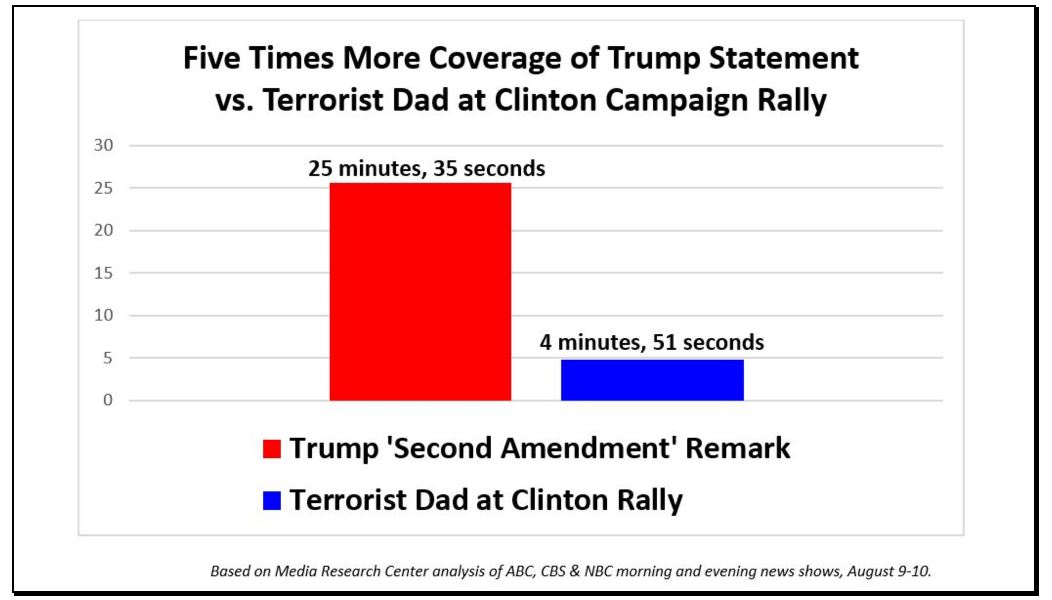 Charlie Rose waited until halfway through the program to defensively explain that “the Clinton campaign says it wants nothing to do with a man whose son killed 49 people.” In the news brief, Rose made sure to read from a Clinton statement, disavowing, “Clinton's campaign responded that it was ‘an open-door event for the public. This individual wasn't invited as a guest and the campaign was unaware of his attendance until after the event.’” 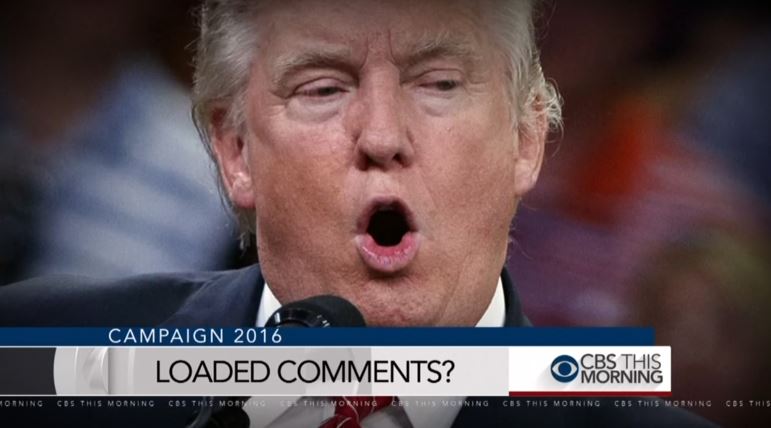 In contrast, Rose opened the program by going on the attack: “Donald Trump faces a new barrage of criticism for something he said. This time, it was an apparent off-hand comment during a campaign rally in north Carolina.” He added that “Democrats and other critics are quickly accusing Trump of inciting violence against Hillary Clinton.”

The Olympics-obsessed NBC on Tuesday and Wednesday allowed the fewest amount of coverage to either topic. Still, the network offered 4 minutes and 22 seconds to Trump’s speech and just 32 seconds to Mateen. NBC Nightly News completely ignored the father of a mass killer sitting just feet away from Clinton. On Wednesday’s Today, the four-hour-long show managed just 32 seconds on Clinton’s gaffe. 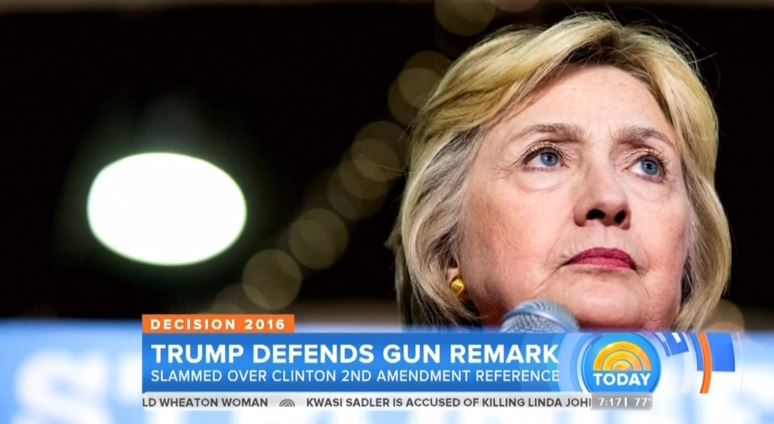 Within a story on Trump’s Second Amendment comments, Hallie Jackson briefly noted, “Meanwhile, some Republicans pouncing on this clip from a Clinton rally outside Orlando. Behind her, the father of the man who killed 49 people at Pulse nightclub in June.”

In a more excited tone, co-host Savannah Guthrie announced, “We have a big political story here. Controversy erupting in the presidential race once again over a comment about gun rights from Donald Trump aimed at Hillary Clinton.” 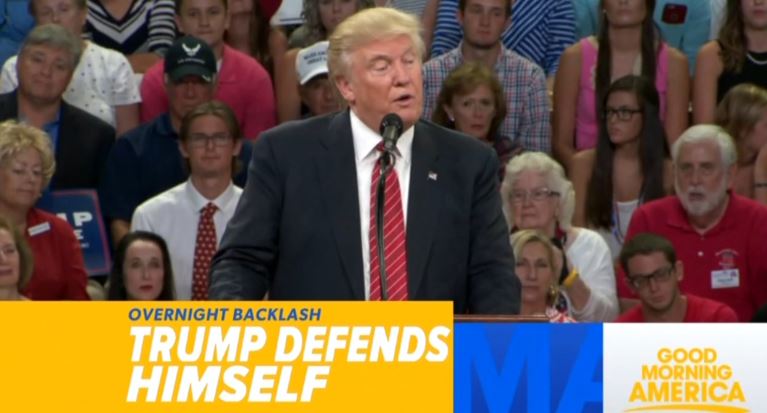 The superficial ABC devoted 6 minutes and 49 seconds to Trump’s comments and just 3 minutes and 20 seconds to Mr. Mateen. Good Morning America’s Paula Faris parroted, “Critics say that this was a veiled suggestion for people to harm Clinton.” On the terrorist’s father, Faris repeated, “The campaign says the rally was open to the public and they did not invite him.”

Imagine if the situations were reversed and Trump had featured a terrorist’s father at a campaign rally and Clinton had made the quip about guns. Journalists wouldn’t yawn at the terrorist link and hype the Second Amendment comment.