The journalists at ABC and MSNBC on Tuesday could not contain their rage over Chris Christie’s hard-hitting Republican National Convention speech, denouncing it as “inciting” a “mob.” Noting that delegates chanted “lock her [Hillary Clinton] up," ABC’s Terry Moran fretted to the New Jersey governor, “Do you think that is a good thing for American politics when political disagreements result in, basically, a crowd becoming a mob?”

In reply, Christie scoffed, “Come on. This is such an overstatement on your part.” Over on MSNBC, reporter Kelly O’Donnell also talked to the Republican. She lectured, “You incited this crowd to get on their feet, to talk about her [Hillary Clinton] say guilty over and over again. Do you think that is unifying the party in a way that's good for the country?”

Earlier in the night, moderate Republican Steve Schmidt appeared on MSNBC to deride, “I do think the ‘lock her up’ chant... seems a little banana republic to me.” He went on to compare it to Pat Buchanan’s 1992 GOP convention speech, long a target of the liberal media.

As far as the media outrage over the chants of the convention crowd, it’s helpful to remember that some liberals wanted to put George W. Bush in “jail.”

Transcripts can be found below: 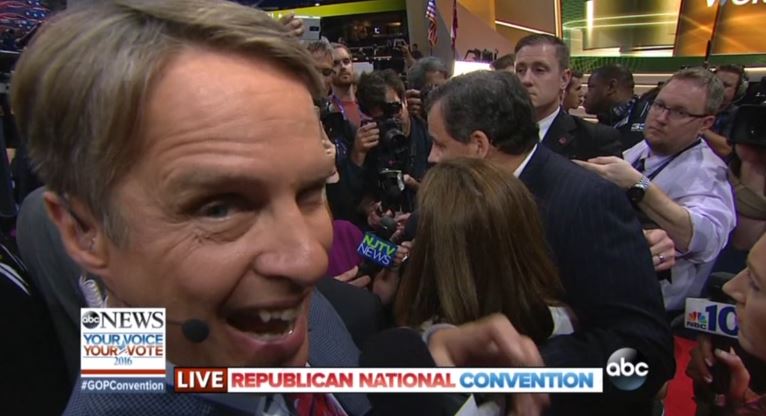 TERRY MORAN: Governor Chris Christie right next to me here, brought this crowd to its feet with a blistering indictment of Hillary Clinton. It is something that Hillary Clinton responded quite rapidly to, referring to his problems with the bridge investigation in New Jersey saying he is not the right guy to bring an indictment against her. But you can feel in this crowd that, as he asked him to chant, was she guilty or not guilty, the real energy of this Republican convention, it is anti-Hillary Clinton. That is what unites Republicans. And he, Governor Christie, managed to do it in a blistering fashion. I’m going to see if I can get a question in here.  Governor, how are you?

MORAN: So, you did level this blistering indictment against Hillary Clinton. It brought the crowd to its feet. Do you think it’s good— They were chanting, “Lock her up. Lock her up,” having a really good time with that. Do you think that is a good thing for American politics when political disagreements result in, basically, a crowd becoming a mob, saying lock her up?

CHRIS CHRISTIE: Come on. This is such an overstatement on your part. I think conventions are supposed to be fun. I think people are having a good time tonight. But it’s based on her conduct. As I said, I didn’t make any charges up there based on empty rhetoric. Every one of the things I said are based on fact and her record.

STEVE SCHMIDT: I do think the "lock her up” chant as it's received at home to that 32 percent of the electorate who will decide the outcome, it seems a little banana republic to me. It's something that you're not use to hearing in this country. We don't lock up our political opponents. The rule of law matters and it matters to Republicans and Republicans emphasize the importance of the rule of law. We’ve just had an investigation of Hillary Clinton. The FBI director made his recommendations to the Department of Justice, said she has been dishonest, she's not been truthful to the American people. But there was no cause for prosecution on that. And so I think that the chants “lock her up” does not translate particularly well. And the analog to that is, I think, you go back to that 1992 convention speech by Pat Buchanan in the hall, very popular, at home, not so much. And so, I think that chant is not helping the cause. 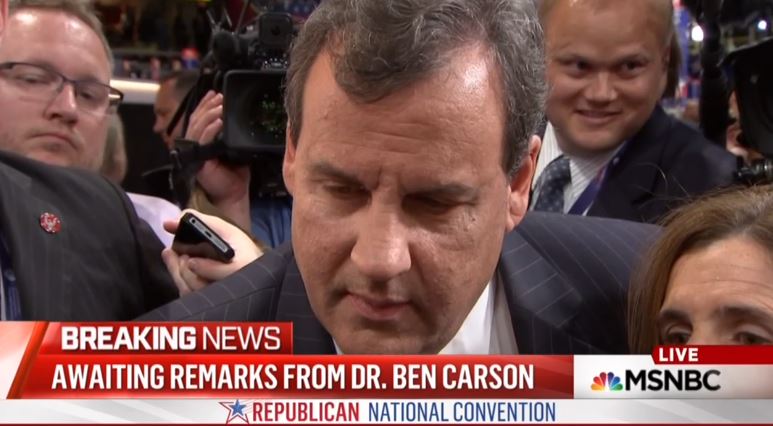 KELLY O’DONNELL: You incited this crowd to get on their feet, to talk about her, to say "guilty" over and over again. Do you think that is unifying the party in a way that's good for the country?

CHRIS CHRISTIE: Yes, yes I do. And I think you do, too.