CBS News, in an anti-Second Amendment story warning about how easy it is to get dangerous weapons, on Thursday broke federal law with an undercover sting. That’s the claim from a gun store in Alexandria, Virginia. The Washington Free Beacon on Friday reported that SpecDive Tactical “has filed a report with the Virginia State Police and the Bureau of Alcohol, Tobacco, Firearms, and Explosives over concerns the purchase was unlawful.”

In the CBS report, journalist Kris Van Cleave narrated the hidden camera efforts of This Morning: “We sent a CBS News producer into a gun store in Alexandria just outside of Washington, D.C.” Offering this as shocking, Van Cleave explained what producer Paula Reid did: “She filled out these federal and state forms requiring her name, date of birth, Social Security number, and a few basic questions about any past criminal activity or current restraining orders and she passed a brief electronic background check.” 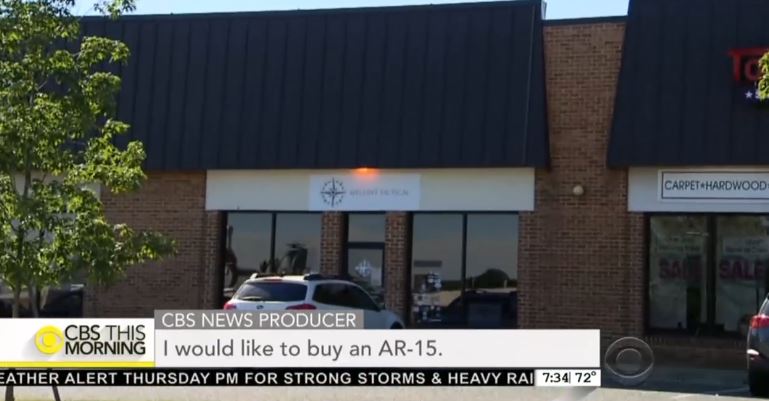 The store, SpecDive Tactical in Alexandria, Virginia, said that when CBS News’ Paula Reid purchased the rifle she told the store’s general manager the gun was for her own use. However, when CBS reported on the story they revealed the gun was purchased for the story and transferred to a third party a few hours later. “The rifle we purchased was legally transferred to a federally licensed firearms dealer and weapons instructor in Virginia, just hours after we bought it,” the report said. 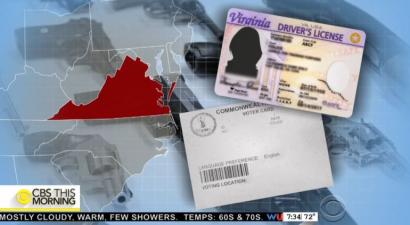 The store said they contacted the ATF after viewing the report because they feared the misdirection used by the CBS reporter constituted a straw purchase, which would be a federal crime.

“Ms. Paula Reid came into the shop with cash, claiming she wished to purchase an AR-15 to, ‘undergo training,’” Ryan Lamke, SpecDive’s general manager, told the Washington Free Beacon. “She refused basic, free instruction of firearms safety under the pretense that she was using the firearm for training with a NRA certified instructor.” 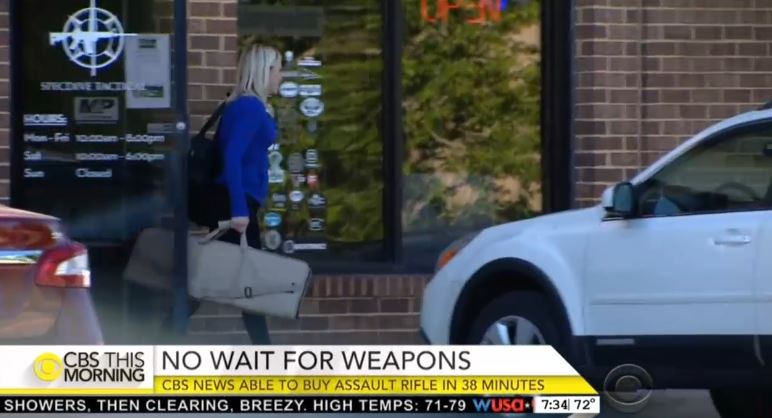 “Due to the information provided in the CBS News report filed today, I suspect Ms. Reid committed a straw purchase and procurement of a firearm under false pretenses.”

CBS’s gotcha report came on the same morning the program ignored the news that an Orlando gun shop refused to sell ammunition and body armor to Omar Mateen. Then, the store alerted federal authorities. This was weeks before the slaughter at a night club.

CBS This Morning co-host Gayle King has pushed for gun control this week. On Thursday, she said of Democratic Senator Chris Murphy’s gun control filibuster:  “Many people are applauding you for raising the issue again.” On Wednesday, she wondered, "what will it take to move the needle" on gun control?