A day after NBC dismissed the Bill Clinton rape accusation as “discredited,” CBS This Morning journalist Julianna Goldman on Friday warned that there was “great risk” for Donald Trump as he “dredges up” an “unproven” sex claim against the Democrat. Showing her distaste, Goldman chided, “Trump's most recent attack, dredging up this nearly 40-year-old unproven accusation.”

Goldman underlined this point, asserting, “[Clinton] has been a constant presence on the campaign trail, making him a natural target for Trump, but one that carries great risk.” The journalist featured Democratic strategist Ben LeBolt to advise, “Bill Clinton should not follow Donald Trump's attacks down into the daily rabbit hole. He should train his fire on why Donald Trump would be a bad president.” 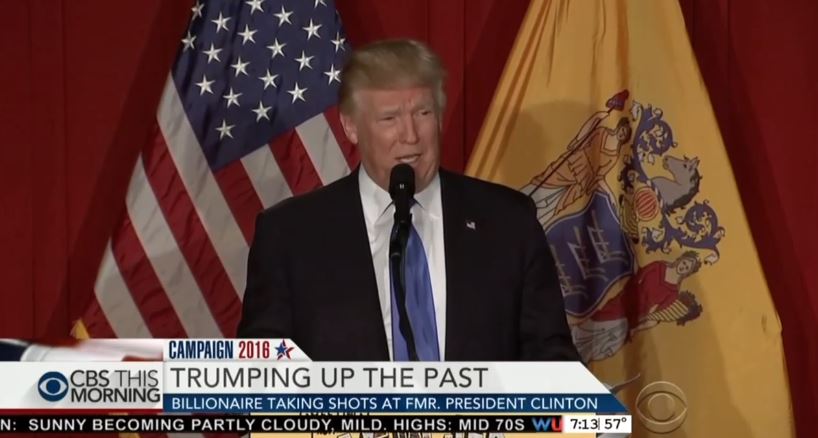 On Thursday, ABC and CBS journalists groaned that Trump was “rehashing” “old” rape charges. On Thursday’s Today, Andrea Mitchell echoed CBS’s Goldman and referred to the allegations as “discredited.”

An analysis by the Media Research Center found that from March of 1998 to March of 1999, the networks allowed just four stories on the Broaddrick rape claims. So, it’s easy to dismiss the explosive allegations as “old” and “unproven” when ABC, CBS and NBC were never interested in them to begin with. 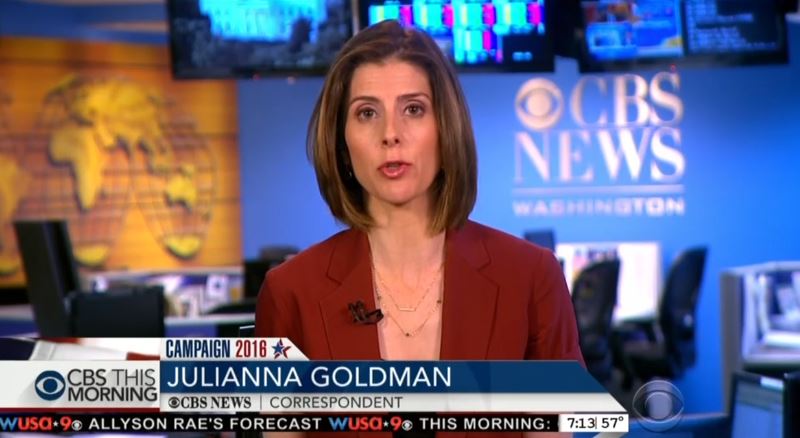 JULIANNA GOLDMAN: Good morning. Hillary Clinton is refusing to respond to Donald Trump's personal hits and allegations, but her campaign and allies are readying for an unprecedented political fight.

TRUMP: I look forward to debating Hillary. Will that be fun?

GOLDMAN: Donald Trump wasted no time in taking a jab at Hillary Clinton Thursday, using her Democratic opponent's words against her —

GOLDMAN: It was in response to this interview just hours before. 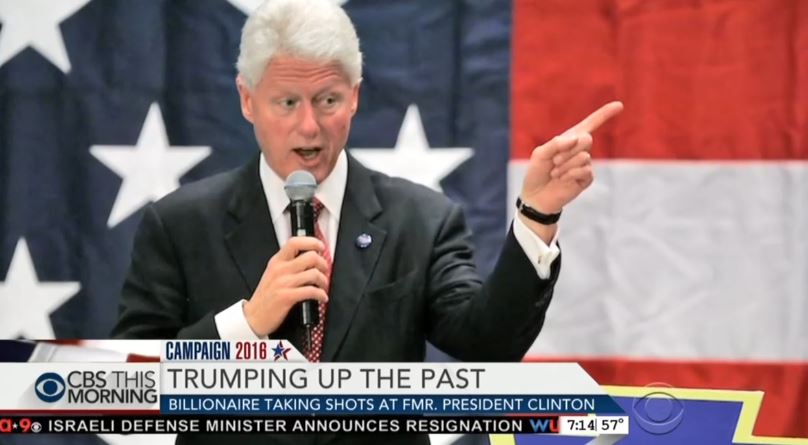 CLINTON: I've concluded that he's not qualified to be president of the United States.

GOLDMAN:  Hillary Clinton said she was ready and willing to take on Trump, but on her terms, not his.

CLINTON: You pick a fight with a bully, you're going to be pulled down to their level.

TRUMP:  She was an unbelievably nasty, mean enabler.

GOLDMAN: It comes as he makes good on his promise to make former President Bill Clinton and his past scandals a liability.

SEAN HANNITY:  About groping and fondling and touching against a woman's will.

GOLDMAN: And the Republican Party is campaigning on it.

GOLDMAN: Spouses are typically considered off limits, but a former president is not a
typical spouse. He's been a constant presence on the campaign trail, making him a natural target for Trump, but one that carries great risk. Among women, Bill Clinton's favorability ratings are higher than the presumptive Republican nominee's and his own wife’s. The former president also has to be careful.

DEMOCRATIC STRATEGIST BEN LEBOLT: He could become a liability when he goes off message.

GOLDMAN: Democratic strategists say the fear is to not fall into Donald Trump's attacks.

LEBOLT: Bill Clinton should not follow Donald Trump's attacks down into the daily rabbit hole. He should train his fire on why Donald Trump would be a bad president.

GOLDMAN: Lebolt also said that Republicans have tried and failed to make President Clinton's scandals a liability since the '90s. And Josh, polling from this past winter showed the majority of Democrats and half of Republicans said that Bill Clinton's past indiscretions made no difference.