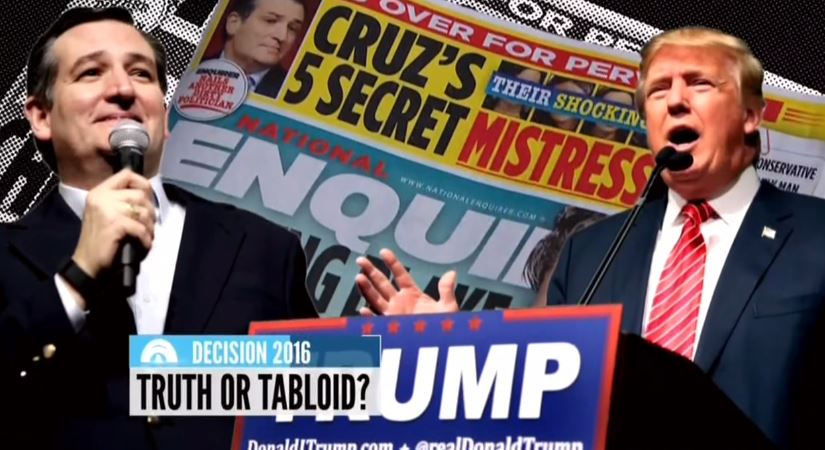 Despite the fact that there’s a complete lack of solid sourcing in the sleazy National Enquirer allegations against Ted Cruz, all three networks on Monday morning reported on the story again, offering an additional three minutes and 44 seconds. This is on top of 11 minutes and 43 seconds devoted to the sketchy claims from Friday through Sunday. In total, the ABC, CBS and NBC morning and evening shows promoted the tabloid report for 15 minutes and 27 seconds.

On Monday, ABC’s Good Morning America reporters trumpeted the allegations, for which there is no on-the-record source or any other confirming information, for two minutes and 15 seconds. Co-host Robin Roberts opened the program by blaring, “Ted Cruz pointing the finger at Donald Trump for that tabloid story about alleged affairs. The war over wives hitting a breaking point.” 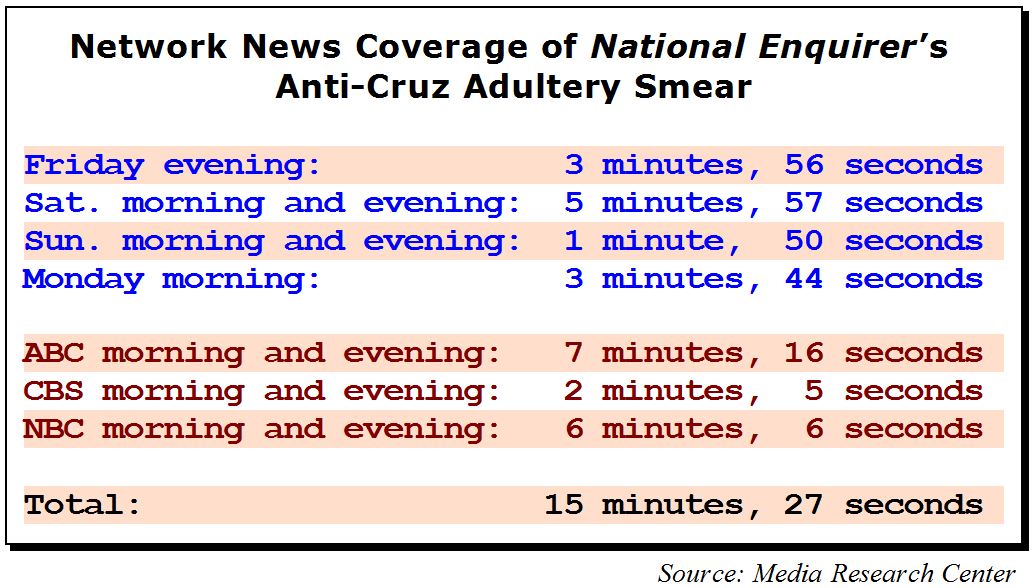 Guest GMA co-host David Muir brought up the claims and offered moral equivalence between the candidates. Talking to political analyst Matt Dowd, he wondered, “You've got Donald Trump here categorically denying he had anything to do with that tabloid report. You have got Ted Cruz saying [that] attacking wives, children should be completely off-limits. Any question in your mind that this is the new low point in this race?” 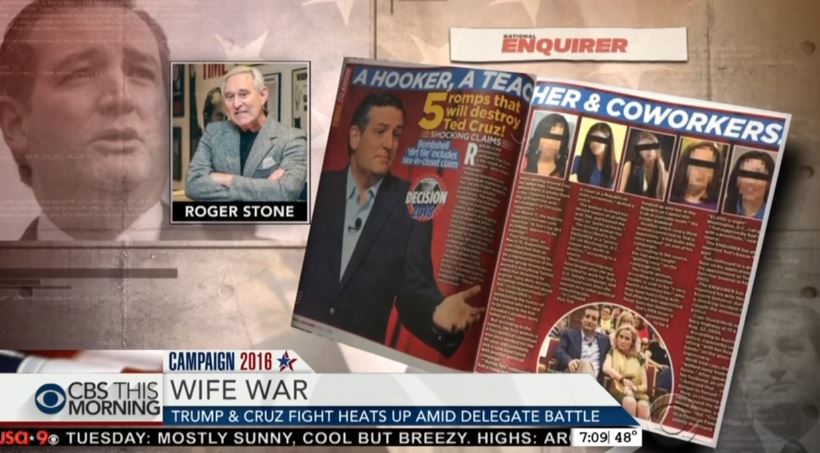 CBS This Morning’s Dana Jacobson on Monday followed a similar track. Introducing a segment, she chided, “The Republican presidential candidates are trading harsh new insults. Donald Trump and Ted Cruz are accusing each other of smear campaigns. The mud slinging has some Republicans embarrassed about the tone of the campaign.” CBS added 58 seconds on the National Enquirer report.

From Friday evening through Monday, ABC focused on the tabloid allegations for seven minutes and 16 seconds. NBC came in second with six minutes and six seconds. CBS’s coverage resulted in two minutes and five seconds.  This totals 15 minutes and 27 seconds to the flimsy charges. 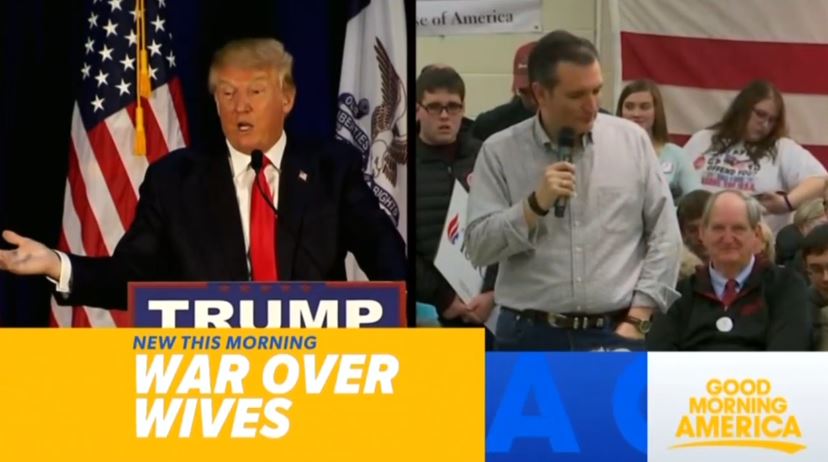 On Friday, only CBS refrained from covering the tabloid smear. ABC and NBC both pushed it. By Saturday, all the networks were covering it. Good Morning America’s Devin Dwyer scolded both Cruz and Trump as guilty: “On one of the most solemn days of the year for Christians, Good Friday, the Republican frontrunners descended into a battle over sleaze.”

The National Enquirer published the story on Wednesday, but the networks avoided it until Friday when a Trump supporter sandbagged ex-Cruz staffer Amanda Carpenter during a live interview CNN interview Carpenter vehemently denied the claim, but host Kate Bolduan did not end the interview.

[Thanks to Mike Ciandella for research assistance.]