George W. Bush was too dumb to be held responsible for 9/11 happening on his watch, according to View co-host Michelle Collins on Monday. In an attempt to somewhat defend the former president from attacks by Donald Trump, Collins spewed, “You cannot point a finger at George Bush when, first of all, people used to say that he was sort of the — there were puppet masters controlling him.”

Admitting that she “hates” defending Bush, Collins accused, “So, let’s point at the puppet masters over Bush. He could not control that.” Blame the “puppet masters”  for what, exactly?

Co-host Raven-Symone promoted a debunked 9/11 theory about the U.S. government and Osama bin Laden. Citing an anonymous “they,” she suggested, “ They said back in the '70s, we were funding Osama bin Laden and people like that.” 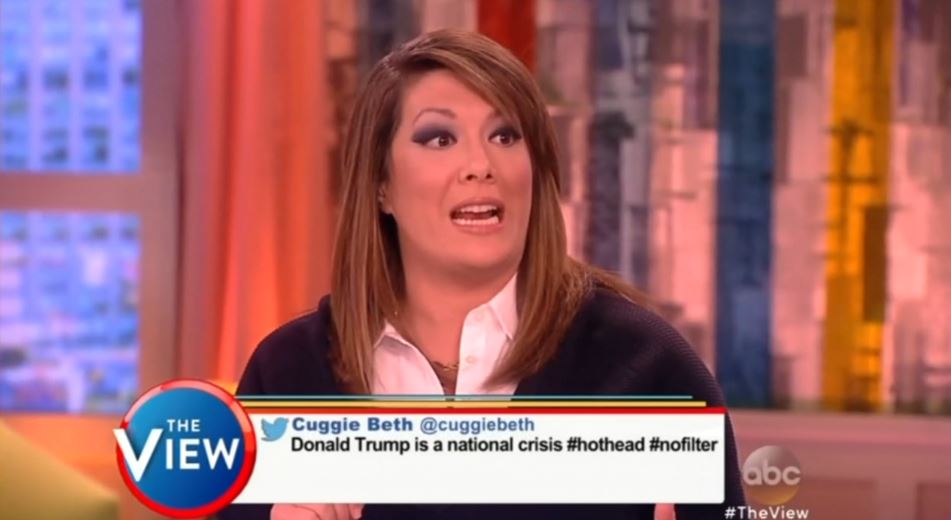 According to the non-partisan factcheck.org, “There’s no evidence the U.S. recruited, trained, armed or funded bin Laden in Soviet-Afghan war.”

In the course of researching my book on Bill Clinton and bin Laden, I interviewed Bill Peikney, who was CIA station chief in Islamabad from 1984 to 1986, and Milt Bearden, who was CIA station chief from 1986 to 1989. These two men oversaw the disbursement for all American funds to the anti-Soviet resistance. Both flatly denied that any CIA funds ever went to bin Laden. They felt so strongly about this point that they agreed to go on the record, an unusual move by normally reticent intelligence officers. Mr. Peikney added in an e-mail to me: “I don’t even recall UBL [bin Laden] coming across my screen when I was there.”

Speaking of crazy conspiracy theories, Symone previously hinted that a shooting in San Francisco by an illegal immigrant may have been timed to help Trump.The View is also famous for having 9/11 truther Rosie O'Donnell as a co-host.

But, of course, one shouldn’t expect View hosts to have the facts. 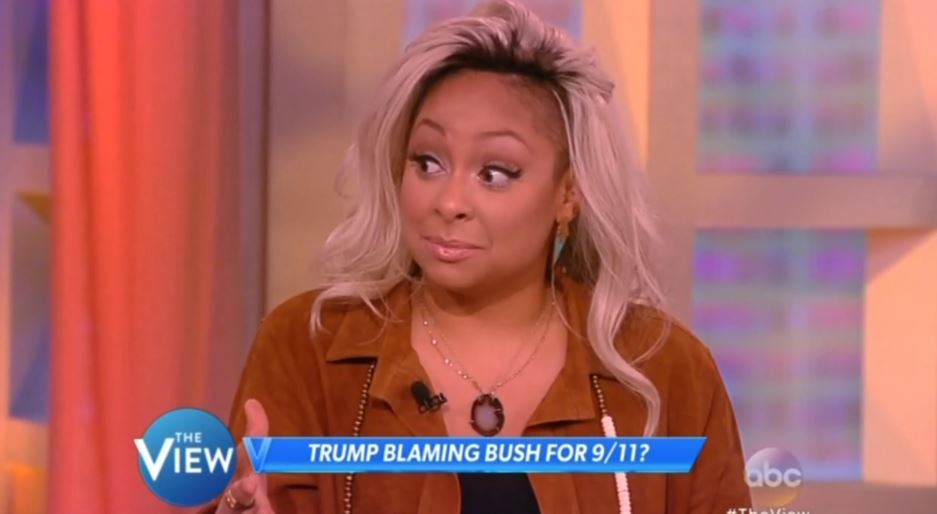 PAULA FARIS: Jeb Bush, Donald Trump got into a whole lot of trash talk if you missed it. It started when Trump took a shot at Jeb's brother George W. Take a look.

DONALD TRUMP: When you talk about George Bush, say what you want, the World Trade Center came down during his time.

UNIDENTIFIED REPORTER: Hold on, you can't blame George Bush for that.

RAVEN-SYMONE: Sorry, there's a lot of things to be blaming 9/11 on, right? So, the Clinton foundation had some mishaps here and there. They said back in the '70s, we were funding Osama bin Laden and people like that. But you kind of have to just — it's not fair for him to say that but at the same time you wag your finger at the person who's the head of the business.

MICHELLE COLLINS: First of all, listen, I hate that Trump is making me defend George Bush, but you know, here I go. You cannot point a finger at George Bush when, first of all, people used to say that he was sort of the — there were puppet masters kinda controlling him. So, let’s point at the puppet masters over Bush. He could not control that. That was something that was planned from way before his administration. And also why point a finger at Jeb?

PAULA FARIS: We can talk about this a little bit later. I think one thing we can agree on is that it did unite the country. It was one of the worst disasters.