The bombshell news that Hillary Clinton will finally turn over her private e-mail server, as well as the confirmation that her electronic communications as Secretary of State included top secret material, warranted a mere nine and half minutes on Wednesday's network morning shows. This is out of a combined eight hours of available air time on NBC, CBS and ABC.

ABC's Good Morning America offered the least amount of time, a scant one minute and 40 seconds. CBS This Morning allowed three minutes and 38 seconds on the growing controversy enveloping Mrs. Clinton. Yet, the show's hosts investigated Trump and his latest comments for four minutes and 55 seconds.

Despite the limited amount of time offered, ABC, NBC and CBS all led with the story and adopted a negative tone.

NBC's Today offered the most amount of time on Clinton, four minutes and 22 seconds. Mark Halperin appeared on the show and speculated about the danger the Democrat faces: "What if they [recover deleted e-mails] and find either more secret information or what if they find government information that she didn't hand over? This is peril for her. She's now sworn under oath she handed over everything she was supposed to hand over." 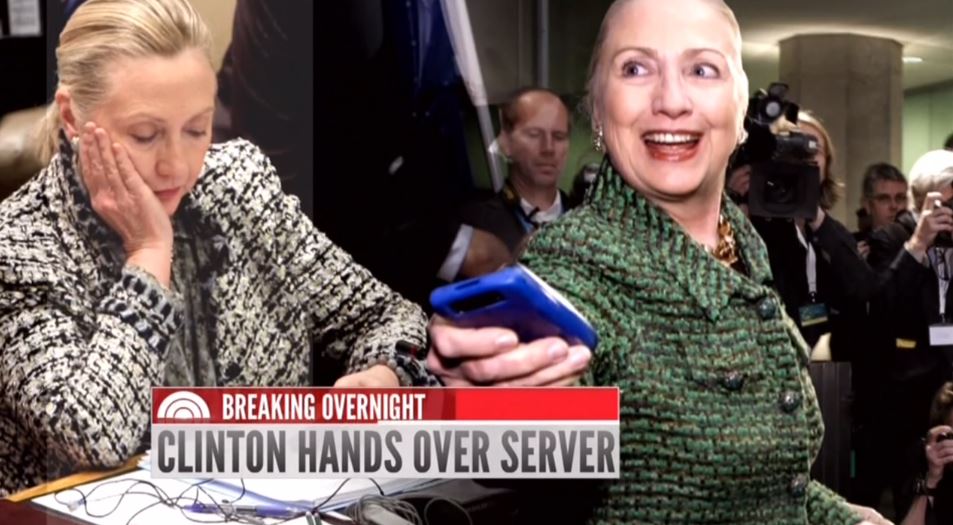 Halperin and co-host Savannah Guthrie both agreed this was a "potential legal problem" for Clinton. In a separate segment, even liberal journalist Andrea Mitchell agreed this raised "serious questions about the security of the private system."

ABC's GMA may not have allowed much time, but reporterJon Karl also saw danger:

JON KARL: Sources familiar with the investigation tell ABC News that at least two of the e-mails sent by Mrs. Clinton included information classified as top secret. In an interview on Fox News, GOP front-runner Donald Trump accused of Mrs. Clinton of breaking the law with her use of private e-mail. 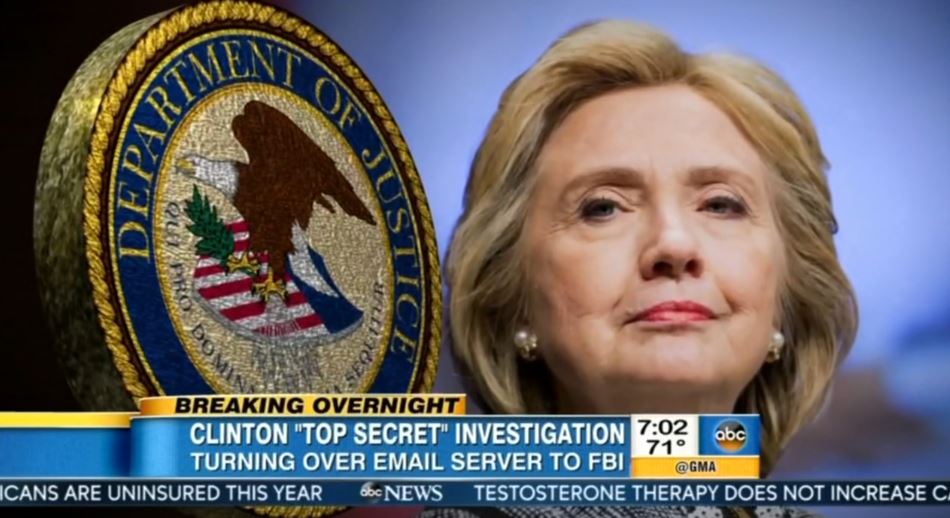 On CBS This Morning, Jan Crawford highlighted, "Already, the story is having an impact. The latest CBS News poll from last month shows 55 percent of overall voters think Clinton is untrustworthy, that number up seven points since May."

She featured Carol Leonnig of the Washington Post to warn: "Has any of this information, as a result of being shared in e-mails between Hillary Clinton and her aides, has any of it fallen into enemy hands?" 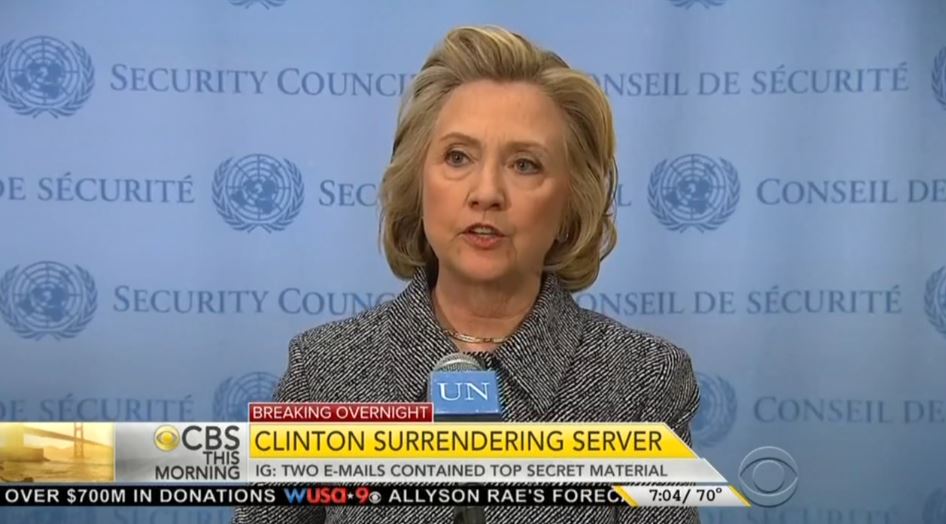 Although the total amount of coverage was meager, the tone of some of the stories on Wednesday was tough and did indicate serious danger for Clinton. But if you think that will continue, be warned: An April 21, 2015 study by the Media Research Center's Geoffrey Dickens found that the networks quickly walked away from the scandal after it first broke.

On Tuesday, only the CBS Evening News covered the revelation that Clinton's e-mails were top secret.

A partial transcript of the August 12 Today segment is below:

GUTHRIE: Let's start with this Hillary Clinton e-mail controversy. Now you have her e-mail server in the hands of a federal investigator. If nothing else, this means this is going to keep following her right into the fall campaign.

HALPERIN: Politics can be fun and exciting, it can also be important. This is really important. It's August of 2015, but between the poll with Bernie Sanders and this e-mail development, the Hillary Clinton campaign is in a very tough position. They could find more secret information. They could get the server and recover her personal e-mails that they deleted. What if they do that and find either more secret information or what if they find government information that she didn't hand over? This is peril for her. She's now sworn under oath she handed over everything she was supposed to hand over.

GUTHRIE: – depending on what they see.