NBC and ABC on Thursday morning ignored the latest example of an illegal immigrant, who could have been detained, going on a crime spree. However, the networks both found time to cover the indictment of a Cincinnati cop for murder. Only CBS This Morning highlighted the disturbing rampage of Juan Emmanuel Razo.

Deputies who questioned Razo say Border Protection officials told them Razo is from Mexico and in the U.S. illegally, but said they would not pick him up for deportation. Lake County Sheriff Dan Dunlap said at a news conference that deputies released Razo because he hadn't committed a crime at that point.

A Border Protection spokesman did not return telephone messages seeking comment. A spokesman for U.S. Immigration Customs Enforcement said in an email that ICE was closely monitoring the case. The email identified Razo as Juan Emmanuel Razo-Ramirez. 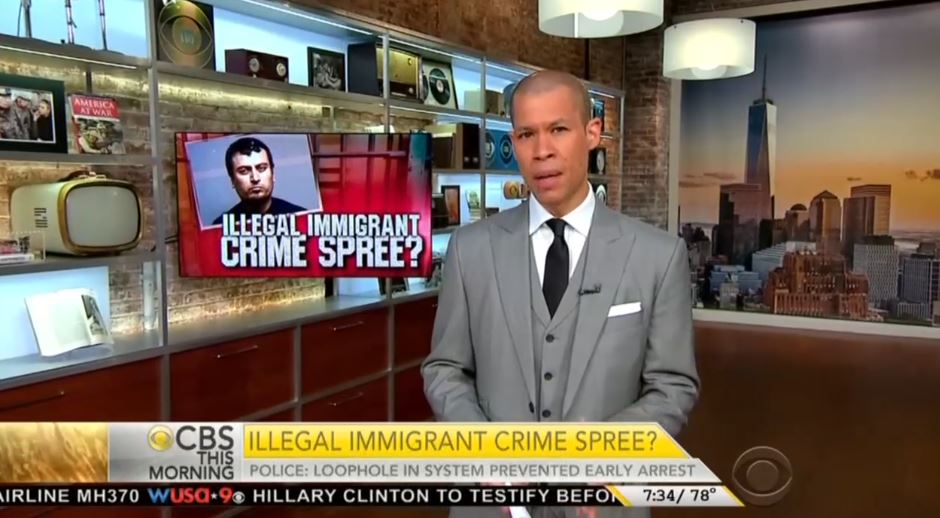 According to Duthiers, Razo has "allegedly confessed to three crimes, murder, attempted murder, and attempted rape of a teenager."

Good Morning America and Today, despite a combined six hours of air time, ignored the story. (According to Nexis, neither of the networks have mentioned the story previously.)  They did find time for another crime, however. GMA reporters devoted three minutes and 25 seconds to the indictment of Cincinnati police officer Ray Tensing. Today featured the story twice for a total of three minutes and 15 seconds.

A transcript of the July 30 CBS This Morning segment is below: 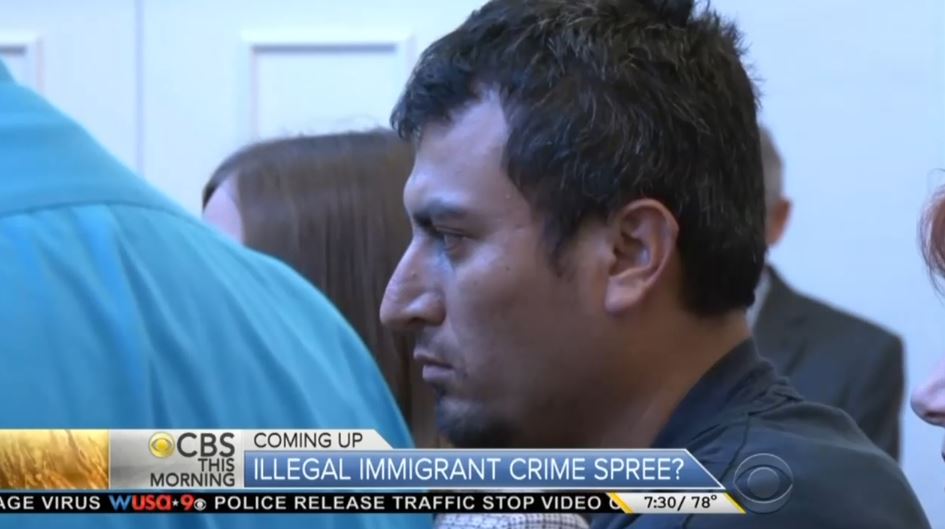 GAYLE KING: Coming up in this half hour, another illegal from Mexico immigrant faces murder charges in the U.S. Police in Ohio say they stopped him weeks before the killing but they were told to let him go. We'll show you the controversy over crime and illegal immigration.

NORAH O'DONNELL: And Cleveland's Plain Dealer says an illegal immigrant from Mexico, now accused of murder, was waiting for a green card. That's according to local advocates. Police say the suspect could have been detained before the killing, but border protection officials told them not to. Vladimir Duthiers of our digital network CBSN is here with more. Vlad, good morning.

VLADIMIR DUTHIERS: Good morning. Thirty five-year-old Juan Emmanuel Razo was arrested, Monday, after police in northwest Ohio say he carried out a crime spree. But weeks earlier when immigration officials were notified of his undocumented status, there was nothing they could do. Juan Emmanuel Razo was ordered held on $10 million bond, Tuesday, after he allegedly confessed to three crimes, murder, attempted murder, and attempted rape of a teenager.

JUDGE CICCONETTI: He's given a full confession, is that correct?

DUTHIERS: At the hearing, Razo couldn't produce his birth certificate. He communicated through an interpreter and his public defender who pled not guilty to the attempted murder charge on his behalf.

CICCONETTI: You have a birth certificate?

CICCONETTI: Somebody that we don't know who he is, why he's in this country, why he's here illegally and why he allegedly committed a murder!

DUTHIERS: Sixty-year-old Margaret Kostelnik was found dead inside her home. That home is near a bike path where Razo allegedly shot a 40-year-old woman in the arm. Razo surrendered to police hours later after a tense stand-off. Nearly three weeks later, Lake County sheriff's deputies say they questioned him after they acted suspiciously in a golf course parking lot. Deputies say they contacted border protection that night about his status.

DANIEL DUNLAP (Lake County, OH Sheriff): They had conversations even with an interpreter on the phone with him at that time. But no detainer was forthcoming. They would not issue a detainer.

DUTHIERS: The Department of Homeland Security told CBS News, "Following the completion of its criminal proceedings and any sentence, I.C.E. plans to take custody and remove his removal from the United States. DHS also said border patrol agents offered to meet with the deputies on site. The offer was declined and the subject was released." Razo's arrest comes nearly a month nearly a month after the death of San Francisco woman Kate Steinle. She was allegedly killed by an undocumented Mexican immigrant with a felony record. Razo is expected back in court on Monday and, for now, he's only been charged with attempted murder. The prosecutor's office is reviewing additional charges. Charlie?