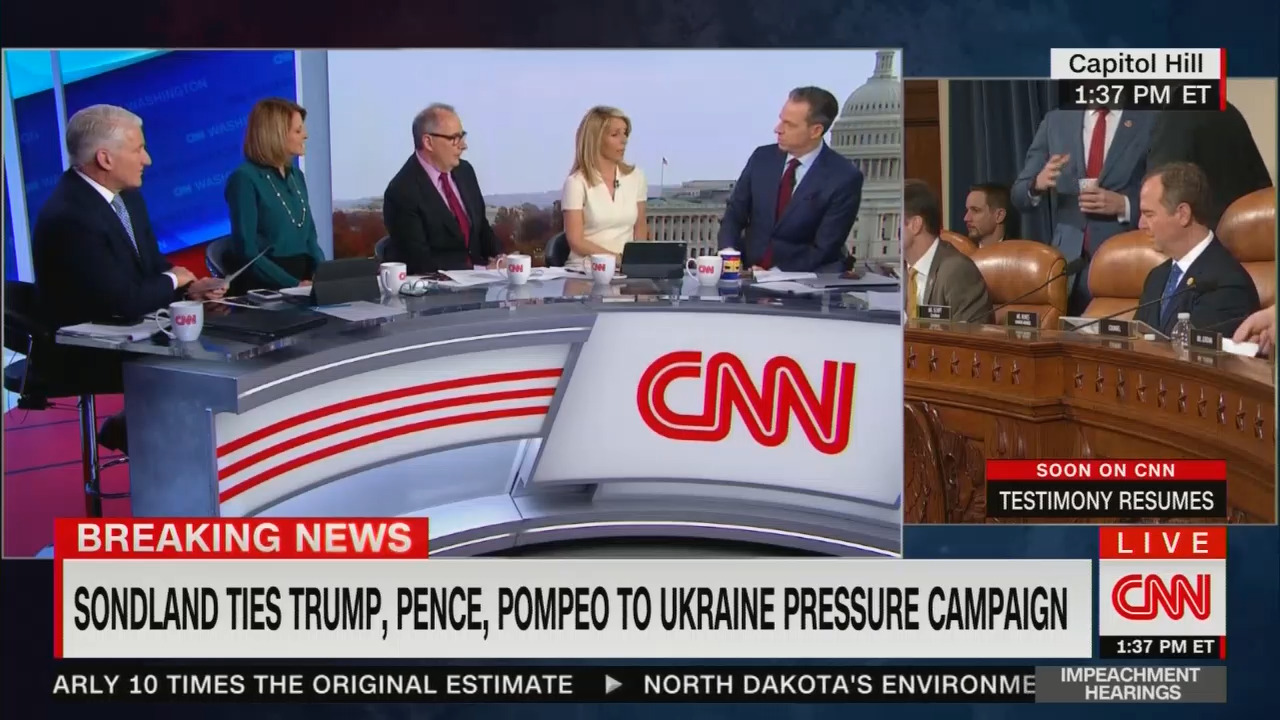 If the idea behind wall-to-wall broadcast and cable news coverage of the Democrats’ impeachment hearings was to shift public opinion, then it’s not looking good for the Democrats.

Liberal journalists trumpeted Day 4 as one of potential “drama” with the testimony of the U.S. Ambassador to the European Union, Gordon Sondland, who had changed the account he first provided in a deposition last month.

“I think you’ve set everything up pretty well for tomorrow with Gordon Sondland,” NBC’s Chuck Todd predicted on Tuesday’s Nightly News. “You have drama. You have a reason that people need to tune in.”

It’s also worth pointing out that the Fox News Channel — hardly the preferred network of the Trump haters — has been a consistent ratings winner (averaging 2.6 million), edging out the left-wing MSNBC (2.5 million) and handily beating the liberal broadcast networks (1.9 million each for ABC and CBS, compared to 1.8 million for NBC) and CNN (1.7 million).

With such sparce viewership, these hearings seem unlikely to move the hearts and minds of anyone in either partisan camp.