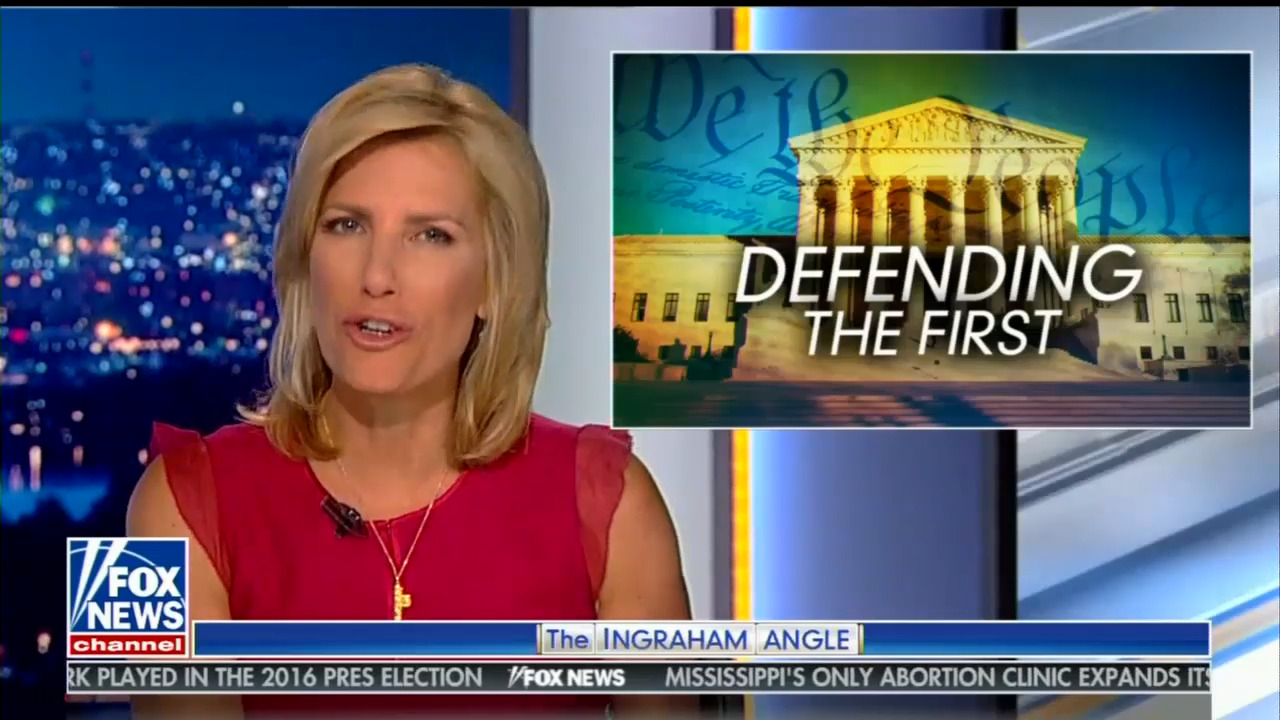 A funny thing has happened since the Left began its campaign to drive Fox News host Laura Ingraham off the air: Her ratings are up, a lot — by more than 20 percent compared to her last week on the air before the current controversy began.

As of Friday, April 13, 27 companies had announced they would pull their advertising from the show, but one — Ace Hardware — announced it would resume its sponsorship of the Ingraham Angle, citing the “incomplete” information it had when it originally announced its withdrawal.

Other advertisers, such as MyPillow, issued statements defying the boycott and announcing their continued support for Ingraham’s show.

Ingraham’s viewers apparently feel the same way. Since Ingraham returned from vacation on April 9, total viewership of her program has averaged about 2.7 million (Monday through Thursday; Friday’s numbers are not available).

Compare that to the ratings from March 26 through March 29, the Monday through Thursday just prior to the boycott: That week, Ingraham’s total viewership averaged 2.23 million. The increase in her ratings since the boycott began is more than 20 percent. 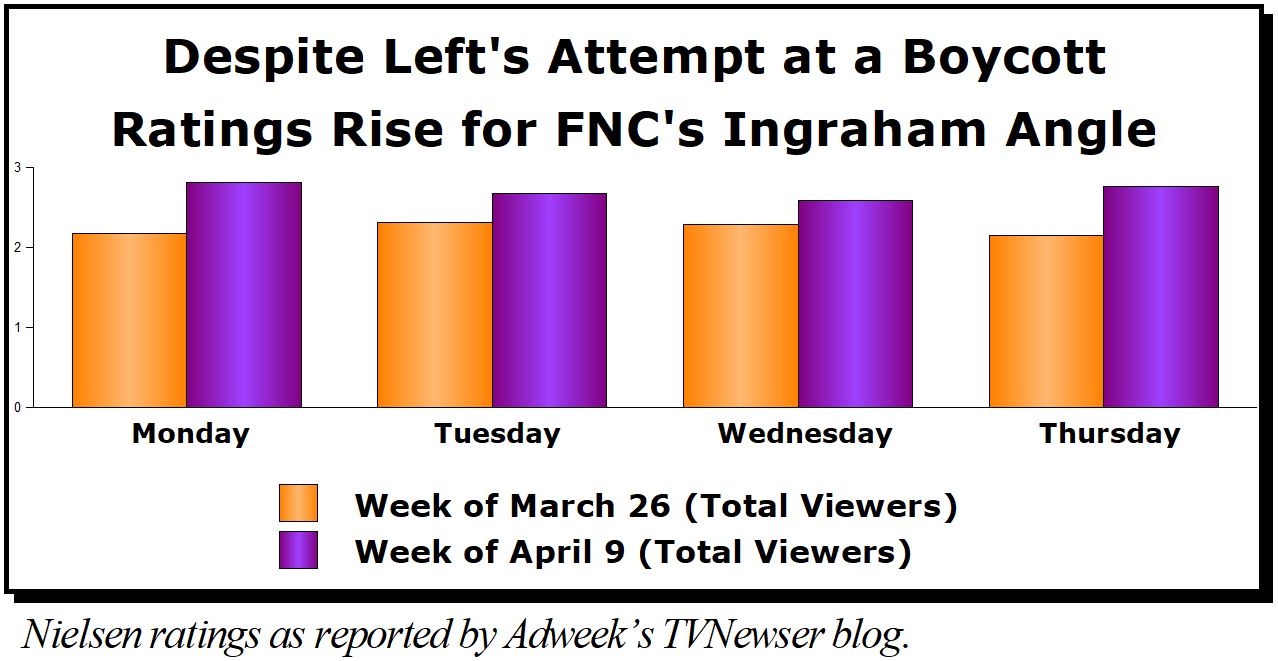 Fleeing advertisers may have thought they were avoiding controversy, but they are apparently skipping out on a TV audience that’s clearly quite loyal, and bigger than ever.