Yesterday, we reported on the massive amount of coverage that the broadcast network evening newscasts devoted to the Trump administration in 2017, nearly all of it (90%) negative. While topics such as the Russia investigation and other controversies were given extremely heavy coverage — more than 43 hours of coverage on just these three newscasts — the networks were nearly silent when it came to a number of Trump administration accomplishments.

■ Deregulation: According to the Heritage Foundation, the regulatory frenzy of the Obama administration totalled “more than 23,000 regulations, including 285 major rules with $122 billion in cumulative annual costs” to the private sector economy. President Trump has loosened this regulatory noose, instituting few major new rules while blocking or removing many others he inherited. In a September editorial, Investor’s Business Daily praised Trump’s actions to deregulate the U.S. economy, saying the action “will pay economic dividends for years to come.” 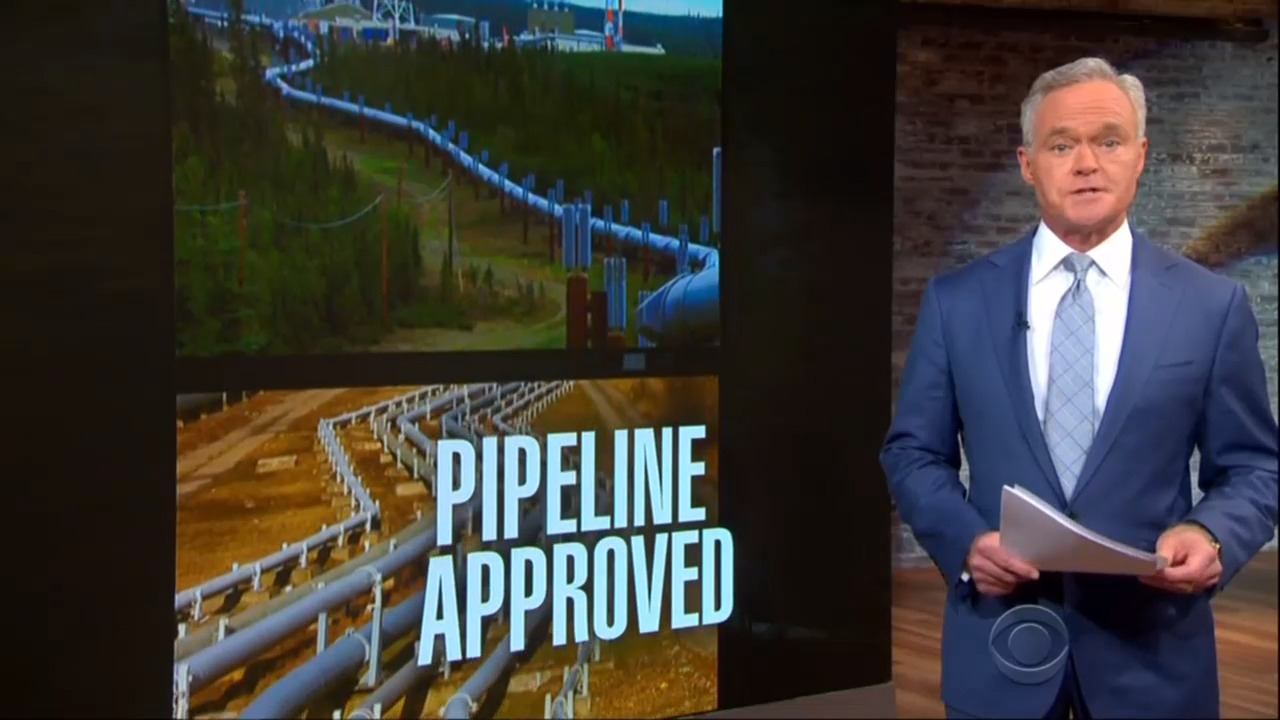 ■ Expediting Pipeline Projects: Soon after taking office, the President employed Executive Orders to expedite the building of two important pipeline projects that had been stymied during the Obama years: the Keystone XL pipeline and the Dakota Access pipeline. In a January 24 editorial, National Review — a publication which had staunchly opposed Trump during the GOP primaries — praised the move: “Moving forward on these and other projects means work and wages for those who build them and for those who work at the facilities on both ends of the pipelines....It also means more abundant and more economical fuel, feed stock, and raw materials for industrial concerns at home and abroad, from plastics plants in China to chemical producers in Texas.”

Despite the importance of these projects, Trump’s action garnered just over seven minutes of coverage from the ABC, CBS and NBC evening newscasts in 2017, or roughly 0.1% of the networks’ total Trump coverage. 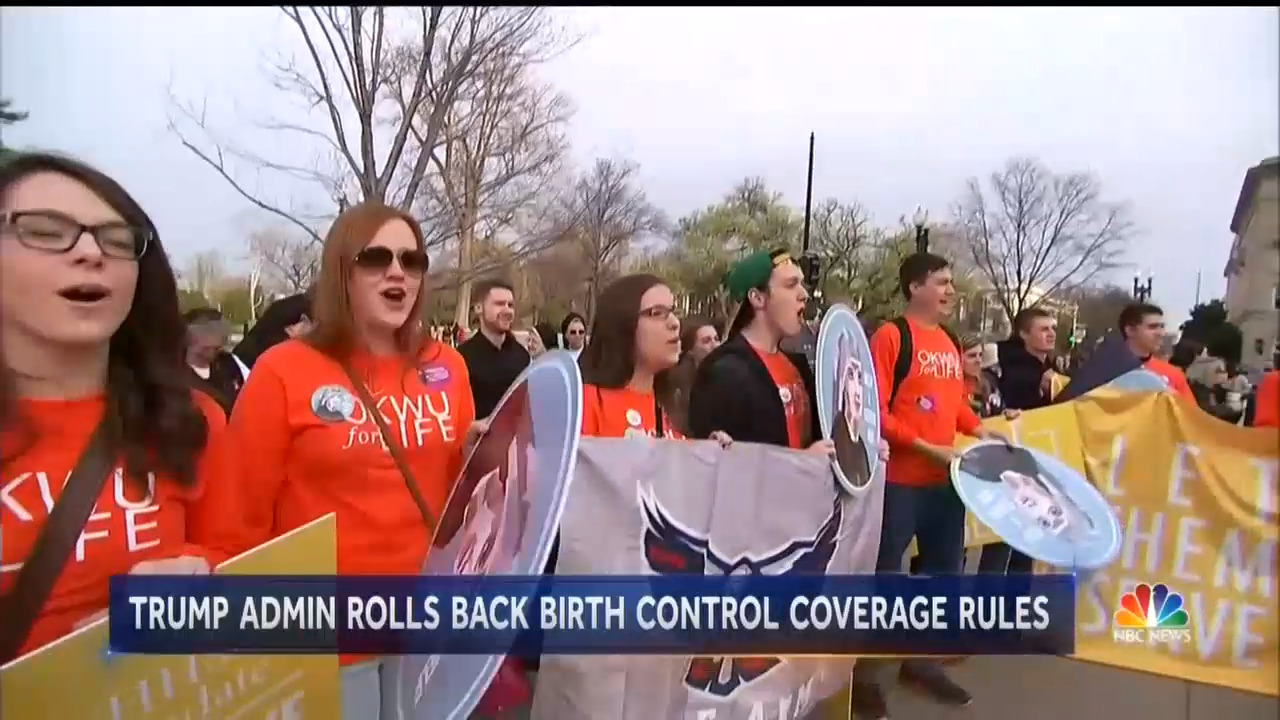 ■ Expanding Religious Freedom: In March, the President signed an Executive Order on religious freedom that directed agencies to craft new rules to accommodate conscience-based objections to ObamaCare’s contraceptive mandate, as well as loosening IRS rules on the amount of political speech permitted by ministers of tax-exempt churches. Then in October, the Department of Health and Human Services issued new rules that expanded protections to a wider range of non-profits and businesses than had been permitted during the Obama administration, fulfilling a campaign promise.

The Catholic Association’s Maureen Ferguson called Trump’s loosening of the contraceptive mandate “a ray of sunshine signaling to faithful Americans that they need not fear government bullying like that endured by the Little Sisters of the Poor.” Yet none of these steps on behalf of religious liberty were considered especially important by the networks, as they allotted just six minutes of airtime to them in all of 2017. 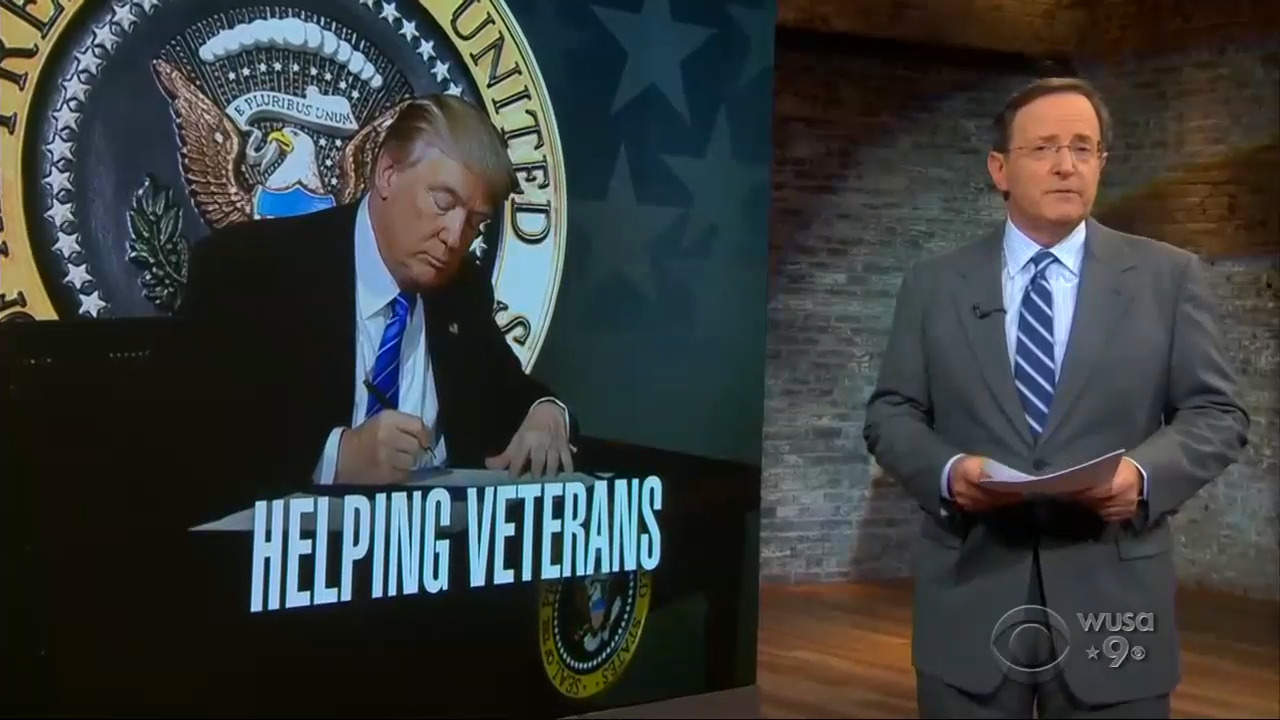 ■ Reforming Veterans’ Care: During the Obama administration, the networks (briefly, at least) put the national spotlight on the scandal at the U.S. Department of Veterans’ Affairs, with ABC anchor Diane Sawyer calling it a “national outrage” that some veterans were evidently dying while on waiting lists for proper care.

In 2017, President Trump took steps to help repair the damage. In June, the President signed a bill that enabled top VA officials to fire incompetent workers and protect whistleblowers. Then in August, he signed a bill extending another $2 billion in funding to the Veterans Choice Act, a bi-partisan measure which allows veterans to seek care outside the VA system if they need it.

But the networks’ interest in telling viewers about these reforms was practically non-existent, with the Big Three evening newscasts generating a minuscule 3 minutes, 32 seconds of coverage for them in 2017, out of 5,943 minutes of coverage of the Trump administration. 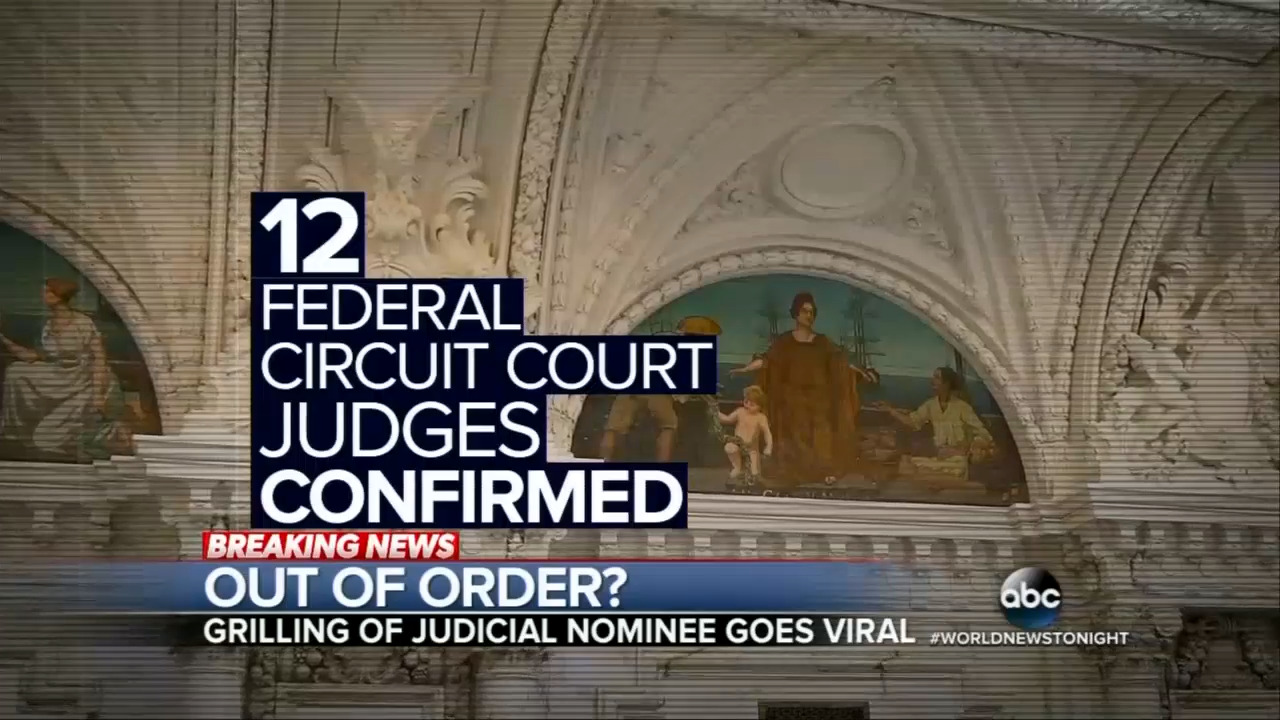 ■ Conservative Appeals Court Judges: President Trump’s choice of Judge Neil Gorsuch to serve on the U.S. Supreme Court received reasonable coverage (more than 71 minutes) in the early months of his presidency, but his success at getting a record 12 circuit court of appeals judges confirmed was almost completely ignored.

In December, all three network evening newscasts spent nearly four minutes on embarrassing video of federal appeals court nominee Matthew Petersen stumbling during questioning of his credentials at a Senate hearing. In some of those stories, almost as an afterthought, the networks acknowledged Trump’s track record at installing new judges. “The President has been unusually successful in getting his judicial nominees confirmed,” NBC Nightly News anchor Lester Holt admitted on his December 15 newscast.

All told, the three evening newscasts spent a mere 37 seconds making this point in 2017, a microscopic sliver of the administration’s total coverage.

■ Drilling in the Arctic: The networks were a major part of the liberal pushback against plans to expand U.S. oil and gas supplies by drilling in certain sections of the Arctic during President George W. Bush’s first term, which resulted in the idea being scrapped for more than 15 years. But as part of the tax reform package passed in late December, drilling is now permitted in some areas of the Alaska National Wildlife Reserve (ANWR).

According to the Competitive Enterprise Institute’s William Yeatman, “the large untapped amount of oil there would provide affordable energy and economic growth for Americans.” But this achievement was barely noted during coverage of the tax bill or its aftermath, garnering just 22 seconds of evening news airtime in December.

There’s no question that the three broadcast networks, along with the rest of the liberal media establishment, regarded Trump’s presidency as the biggest story of 2017. Too bad they didn’t spend more than a few moments on these significant accomplishments.