On Friday, the Treasury Department reported that the federal government took in a record $3.315 trillion in revenue during the just-completed 2017 fiscal year. Yet even as revenues have grown at an average of 14 percent annually since 1980, liberal journalists have spent that entire time trumpeting the need for even higher taxes.

The latest Monthly Treasury Statement shows total federal revenues for FY2017 (which concluded on September 30) increased by 1.44%, while total spending increased by an even greater 3.32%, rising to nearly $4 trillion. That leaves a 2017 federal deficit of $666 billion to be added to an already swollen national debt (which currently stands at more than $20 trillion).

None of the broadcast networks even bothered to mention the Treasury's report on their Friday evening or weekend broadcasts. As the tax reform debate revs up, journalists are reverting to their standard liberal refrain of blaming budget deficits on too-low tax rates, not out-of-control spending.

In an October 1 interview on CBS’s Face the Nation, for example, host John Dickerson scolded House Speaker Paul Ryan for saying economic growth triggered by the tax cuts would boost revenue in the long term: “What a lot of people who have known you for a long time and have worked on these issues, when they hear you say, ‘If this gives us growth,’ they say, ‘He’s gone to the dark side.’...They say the growth of the kind that you will need to fund this is just beyond the real reality.”

In fact, nominal federal revenues have grown by an average of about 14 percent per year since 1980, right before the Reagan tax cuts triggered decades of media fretting that taxes were too low. In fact, the only times revenues have shrunk significantly have been during the 2001-2003 and 2008-2010 economic recessions. Even adjusted for inflation, federal revenues are more than twice as high today than they were in 1980.

The problem, obviously, is that spending has risen even faster than these revenues, growing from $590 billion in 1980 to $3.98 trillion in 2017. That’s an increase of about 15 percent per year — and, unlike tax collections, federal spending continued rising during recessions, even accelerating during the early years of the Obama administration. 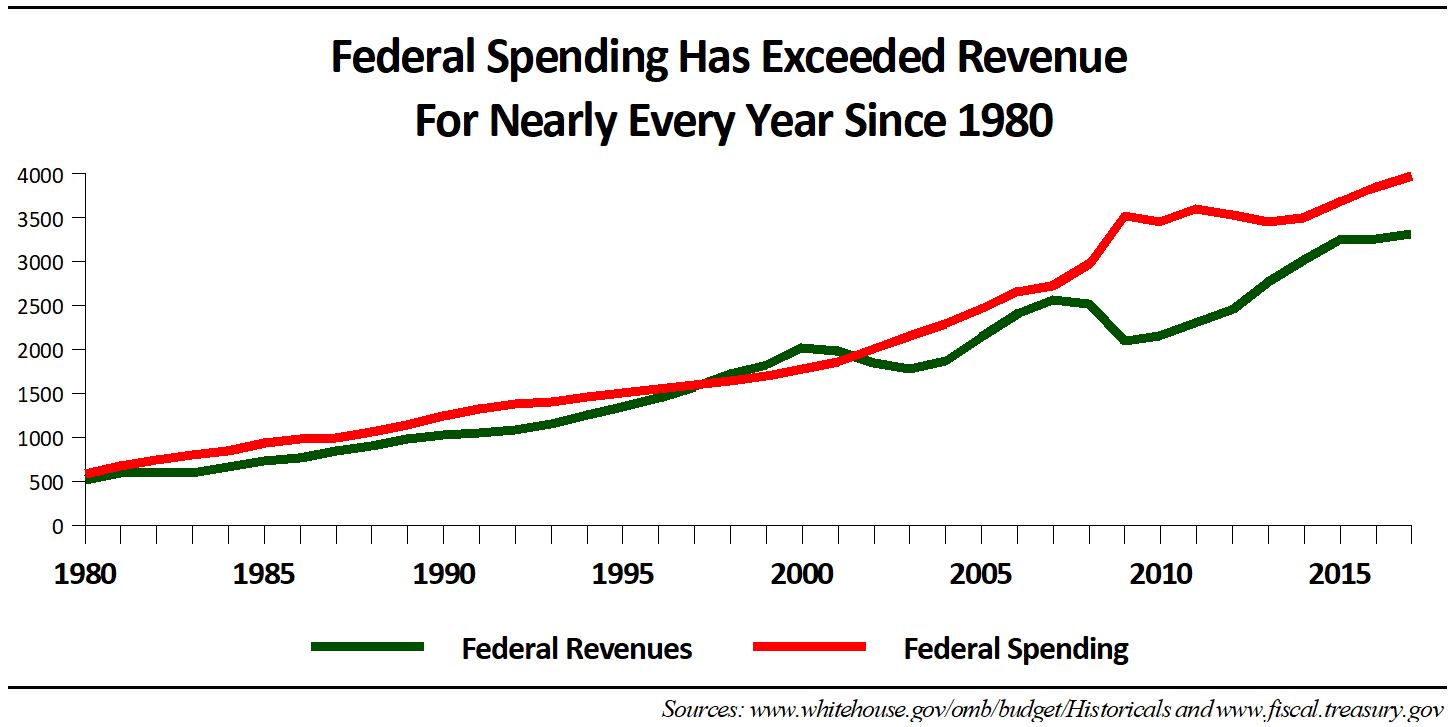 As the MRC has chronicled over the years, even as federal revenues have soared, journalists have promoted the need for even-greater increases in taxes. Here are some examples from our archives, matched with statistics on how much revenue the government was collecting even as these reporters were demanding more:

“I think that when you have the kind of problems that are being created for the future, that you just simply have to raise taxes. Period.”
— CBS News White House correspondent Lesley Stahl on Howard Cosell’s Speaking of Everything, April 10, 1988.

“While many Wall Streeters voted for Mr. Bush, some see no way the President-elect can cut the deficit and keep some of his other election promises without a tax increase.”
— Reporter Ray Brady, CBS Evening News, November 11, 1988.

“Many think taming the deficit, widely perceived as the real problem here [in the financial markets], is all but impossible without some new taxes.”
— Frank Sesno, CNN PrimeNews, November 17, 1988.

“The overall tax burden for Americans, local, state and federal, is actually quite low....The fact is Americans could pay more taxes and the country wouldn’t go down the tube. Taxpayers don’t believe this because they are being conned by the politicians....The truth is that the United States needs higher taxes....”
— Commentator John Chancellor on the NBC Nightly News, April 17, 1990. 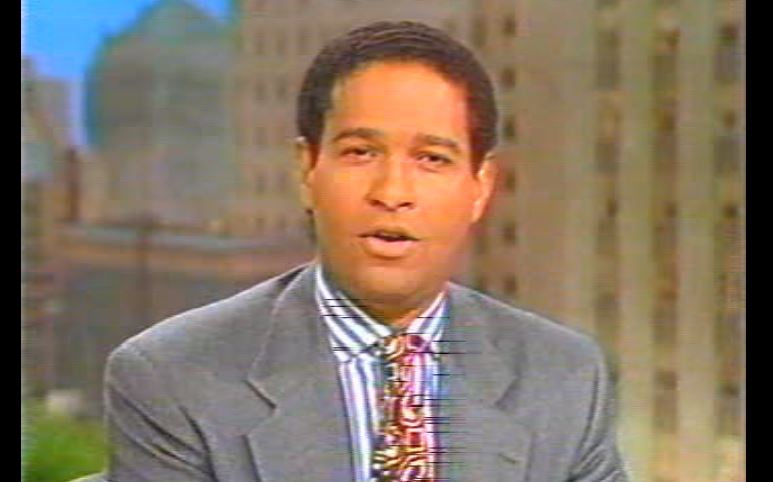 “The bottom line is more tax money is going to be needed. Just how much will be the primary issue on the agenda when Congressional leaders meet with the President later today....It now seems the time has come to pay the fiddler for our costly dance of the Reagan years.”
— Bryant Gumbel opening NBC’s Today, May 9, 1990.

“The U.S. has the lowest tax level of any country among the seven represented in Houston last week. That is a distinction that should inspire neither pride nor optimism in Americans.”
— Time Editor-at-Large Strobe Talbott, July 23, 1990.

“The public’s angry denial of the budget truths they’ve been asked to face is perhaps the most dangerous legacy of Reaganomics and of President Bush’s rabid anti-tax campaigns.”
— Newsweek economics columnist Jane Bryant Quinn, October 22, 1990.

“Americans tend not to be too enthusiastic about having their taxes raised again....But if the American people aren’t going to accept it, if the politicians don’t have the courage to raise taxes, what are we facing down the road?”
— PBS’s Judy Woodruff interviewing economics columnist Paul Samuelson on the March 10, 1992 MacNeil-Lehrer NewsHour.

“Making headlines this morning: Bill Clinton comes up with a plan for the economy — tax the rich, cut the deficit, and help just about everyone.”
— CBS This Morning co-host Paula Zahn, June 22, 1992.

“I think the administration has decided, to their credit, that they have to be serious about taking on the budget deficit, and that’s going to mean higher taxes on the middle class.”
— Wall Street Journal reporter Alan Murray on NBC News at Sunrise, February 11, 1993.

“Many economists say the Clinton program — especially his plan for higher taxes and spending cuts to shrink the federal budget deficit — is exactly what the economy needs.”
— USA Today reporter Mark Memmott, February 18, 1993.

“Although most of the new taxes will be borne by the rich, as Mr. Clinton’s Technicolor pie charts showed, the package comes nowhere close to undoing Ronald Reagan’s tax breaks for the wealthy. It leaves the tax burden in the United States far less onerous than those in most other Western nations. If the electorate is as serious as it tells itself it is about eliminating the deficit and cutting the national debt, it will eventually have to accept far more than this modest effort to increase revenues.”
— New York Times Washington Bureau Chief R.W. Apple, August 8, 1993 “Week in Review” section.

“What Congress should do, of course, is raise taxes. It obviously won’t, though, so budget-balancers are left with no choice but to shrink many services my neighbors and I have come to rely on.”
— Former NBC News President Michael Gartner, January 17, 1995 USA Today column.

Moderator Paul Duke: “Well, another thing he [presidential candidate George W. Bush] did this week was to indicate that he would not raise taxes. And as we all know, one of the biggest mistakes that his father made was to make that pledge back in 1988 that he would not raise taxes, and that helped to bring about his defeat.”
Michael Duffy of Time: “I read an interview with George, Sr., who recently said that the mistake was actually raising taxes. He hasn’t yet admitted the mistake was promising in the first place never to raise taxes.”
— PBS’s Washington Week in Review, June 18, 1999.

“I mean the only thing that could explain this love of tax cuts is a lowered IQ.”
— Time’s Margaret Carlson on CNN’s Capital Gang, July 24, 1999.

Host Gordon Peterson: “A package of nearly $800 billion in tax reductions that some Democrats described as irresponsible, crazy, a boondoggle for the rich. How would you describe it, Evan?”
Newsweek Assistant Managing Editor Evan Thomas: “I’m with the Democrats on this one.”
— Exchange on the July 31, 1999 Inside Washington.

“If Bush is a serious war President he would increase taxes. This is a time for sacrifices. This is a real war and we need money to pay for it.”
— Newsweek Assistant Managing Editor Evan Thomas on the February 8, 2003 Inside Washington.

“The majority of the money goes to people who probably already have everything they need....Plus, it raises serious questions about social equity. I mean, who paves the streets that we drove here on? Who teaches the kids to read?...It’s starving the government of money that it could use to do a lot of things.”
— ABC’s Michel Martin on This Week, May 25, 2003.

“It seems to me that instead of cutting taxes, we ought to be increasing the taxes to pay off the deficit, rather than let that thing build up to the point where our grandchildren’s grandchildren are going to be paying for our period of time and our years at the helm.”
— Former CBS Evening News anchor Walter Cronkite on CNN’s NewsNight with Aaron Brown, June 18, 2003. 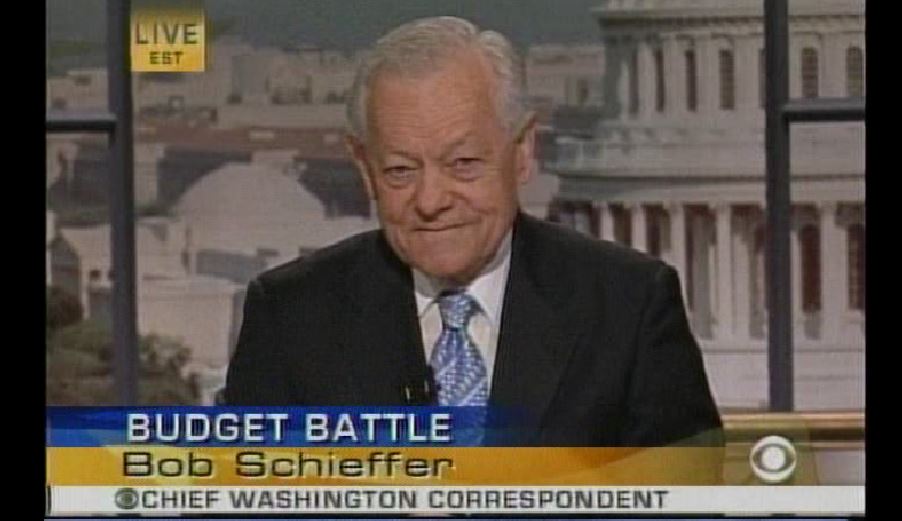 Co-host Hannah Storm: “I want to ask you about the deficit because the President has pledged to cut the deficit in half by the time he leaves office in 2009. Is he going to be able to realistically achieve that goal without raising taxes?”
Incoming CBS anchor Bob Schieffer: “I frankly don’t think so. I think in the end this President will raise taxes before his term is out, just like Ronald Reagan raised taxes after he enacted those enormous tax cuts at the beginning of his program. The government has just got to find some money to finance these programs.”
— Exchange on CBS’s Early Show, February 8, 2005.

NPR’s Nina Totenberg: “I was very happy to see him take responsibility and to not pretend that the buck stops someplace else. But it would have been a great opportunity to say, ‘Look, I’m for tax cuts, but we need a Katrina tax, we need to really pay, to do this and to pay for it.’”
Moderator Gordon Peterson: “You want more taxes.”
Totenberg: “I want more taxes, yes.”
— Exchange on Inside Washington, September 17, 2005.

Newsweek’s Evan Thomas: “We need to raise taxes because we cannot — our official house is not in order. It’s going to hurt our children, and who better to raise them on than the super rich?”
NPR’s Nina Totenberg: “Right.”
— Inside Washington, December 9, 2005.

“No one will talk about taxes. They are terrified. Somehow the religion, the anti-tax religion has gotten so bad that if you — if anybody says, ‘We’re just going to have to do this,’ I mean, it’s as if, you know, you killed a baby or something.”
— CBS 60 Minutes correspondent Lesley Stahl on MSNBC’s Morning Joe, October 18, 2010.

“Republicans and Democrats have to come to grips with the fact that you may have to raise taxes if you really want to bring the budget under control at some point.”
— Host David Gregory to the National Urban League’s Marc Morial on Meet the Press, November 7, 2010.

“Nobody on the Republican side is showing any courage on the tax front. And unless taxes are part of the mix, every grown-up knows it can’t reach a solution.”
— Correspondent Andrea Mitchell on NBC’s Meet the Press, May 22, 2011.

“What about raising taxes?...At some point, do you have to look at raising taxes, and do people have to pay more for what’s needed in this country?”
— Co-host Erica Hill to GOP presidential candidate Tim Pawlenty on CBS’s The Early Show, May 23, 2011.

“They’ve got a point, the Democrats, haven’t they? You’re being pretty intransigent. You won’t countenance any tax increases....Isn’t it time you guys took one for the team, the team being America?”
— CNN’s Piers Morgan to Ohio Republican Senator Rob Portman, July 25, 2011.

“The [no tax increases] pledge has helped to wreck the United States. It is about the worst kind of public policy that you can imagine, for the reasons we have just heard....It’s terribly destructive.”
— The Daily Beast’s Jonathan Alter on MSNBC’s The Last Word, August 12, 2015.