The Prime Time Primary: How Cable News Has Covered the Democrats 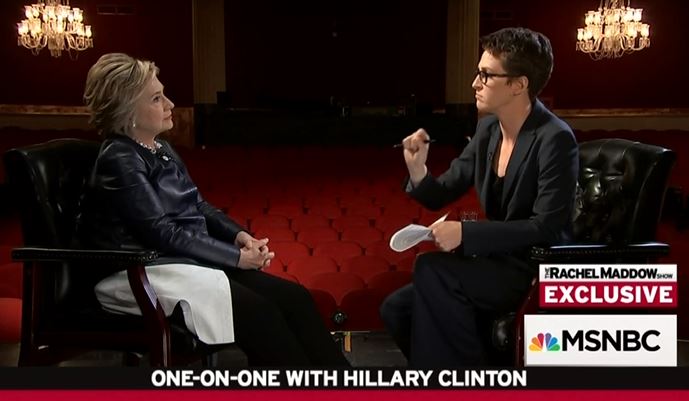 Yesterday, NewsBusters reported that cable news has awarded Donald Trump and his surrogates significantly more airtime than the other Republican candidates. Today, we report how those same networks have divvied up the airtime between Democratic frontrunner Hillary Clinton and challenger Bernie Sanders.

For this report, a team of MRC analysts has logged each prime time interview of a presidential candidate or a plainly-identified supporter or surrogate on CNN, MSNBC and the Fox News Channel over the past four weeks (March 21 to April 15, weekdays only), poring over approximately 240 hours of programming.

As we reported yesterday, the three main Republican candidates (Trump, Texas Senator Ted Cruz, and Ohio Governor John Kasich) and their surrogates were interviewed for a total of 666 minutes on the Fox News Channel during this period. Yet, neither former Secretary of State Hillary Clinton nor Vermont Senator Bernie Sanders gave any interviews to any of FNC’s prime time programs during the four weeks we examined, and their surrogates appeared for a total of only 13 minutes — a greater than 50-to-1 disparity.

[Editor's note: Since first publishing this item, we have become aware of an additional segment on FNC featuring a Hillary Clinton supporter. We have adjusted the numbers in the text and chart accordingly.]

These statistics, of course, only reflect airtime for presidential candidates and their surrogates, not overall coverage of the campaigns.

At the same time, FNC’s core audience is decidedly right-of-center. A 2012 Pew Research Center survey of the Fox News audience found conservatives outnumbered liberals by a 6-to-1 margin (60% to 10%), while on shows such as Hannity the gap was a whopping 78 to 5 percent. So FNC may have concluded — not unreasonably — that its audience is more interested in hearing from the GOP candidates and their surrogates than the Democrats.

On CNN and MSNBC, the Democrats were much more visible — and, unlike the top two Republican candidates, Hillary Clinton and Bernie Sanders’s campaigns received nearly equal airtime, with Sanders and his surrogates garnering 263 minutes of airtime, vs. Team Clinton’s 248 minutes.

Not included in the interview tally: CNN’s Democratic debate between Clinton and Sanders, held on April 14. If it had been, the two-hour event would have added 60 minutes to Clinton’s tally (questions directed at her, plus her answers), and 52 minutes to Sanders. 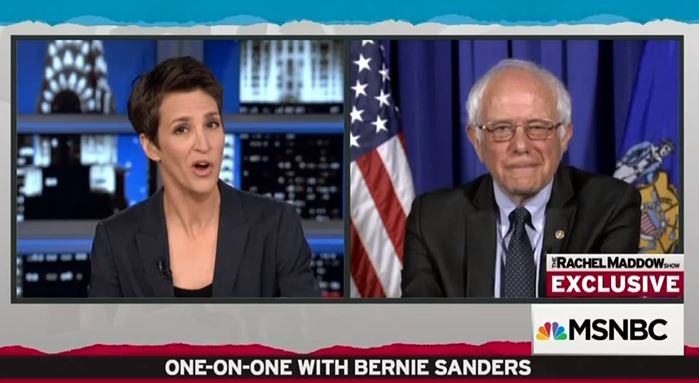 On MSNBC, Sanders’s campaign took the most airtime, with nearly 159 total minutes (45 minutes for the candidate himself, the rest for surrogates). Clinton was interviewed only once, by Rachel Maddow on March 30 for a total of 33 minutes, with another 105 minutes going to staffers and other surrogates.

MSNBC was the only network to give more airtime to the Democratic campaigns than the Republicans: Team Clinton and Team Sanders combined to receive 296 minutes of airtime, or nearly an hour more than the 246 minutes allocated to interviews with the Trump, Cruz and Kasich campaigns.

On CNN, the gap between the two parties’ candidates was 515 minutes, more than eight-and-a-half hours, in favor of the Republican candidates.