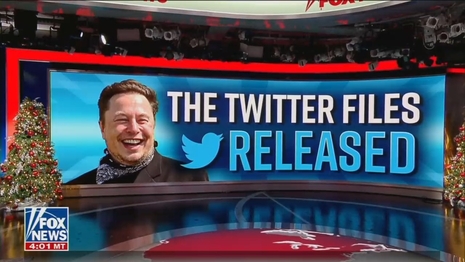 New York Magazine Intelligence section senior writer Eric Levitz discussed at length Monday the Twitter free speech controversy, but absurdly neglected to mention even once the most blatant example of government interference on that site, namely the constant monitoring and censorship from the FBI as well as the suppression of inconvenient stories, most notably about the Hunter Biden laptop.

The absence of any referral to this seems as absurd as, say, Levitz writing a breaking story about the attack on Pearl Harbor and neglecting any mention of the Japanese.

The Levitz plunge into reality avoidance appeared in “The Unhinged Debate Over Twitter and ‘Free Speech’”: “[M]any civil-libertarian critiques of big tech are heavy on hyperbole and light on perspective.”

His perspective avoided the obvious, namely the overwhelming role of the FBI in Twitter censorship which included the suppression of the Hunter Biden laptop story. Yes, a government agency engaged in election interference especially since the FBI had more than enough time (since December 2019) to assess that the laptop information was genuine and was definitely not the result of Russian disinformation.

In fact, merely the possession of the laptop should have done the trick. But alas, Levitz wasn't concerned with that:

Twitter and Facebook should not seek to settle live political debates by systematically suppressing a given point of view (so long as that POV is expressed in non-abusive terms). And yet, contrary to the rhetoric of civil-libertarian polemicists like Glenn Greenwald or Matt Taibbi, there isn’t much evidence this has actually occurred.

Since you mentioned “libertarian polemicist” Matt Taibbi, could you have even just one reference to his latest project, an example of which can be seen below?

From the Twitter Files: Twitter, The FBI Subsidiary:
The latest documents show, in bulk, the master-canine relationship between the FBI and Twitterhttps://t.co/Am4jo59Js3

The closest that Levitz came to this is to mention in passing the Twitter Files: “The Twitter Files have produced evidence that political biases may have influenced the site’s content-moderation policies in the pre-Musk era.” The link? It went to a Levitz article from December 10 that included the cockamamie narrative that the Twitter Files show Republicans have wanted to publish Hunter Biden's genitals.

He continued: “For example, it looks as if the company chose to avoid actively promoting the tweets of Stanford professor Jay Bhattacharya merely because he argued against COVID lockdown policies.”

Levitz focused in on this professor for several paragraphs while avoiding you-know-what. And after that, he proceeded on and on and on for many paragraphs while avoiding the central violation of a government agency with its willing canine partner Twitter working in concert to suppress stories most particularly the one that could have had a major effect on the 2020 election.