AP on GDP: 'Nation MAY Be Approaching a Recession,' Two-Quarters Rule 'Informal' 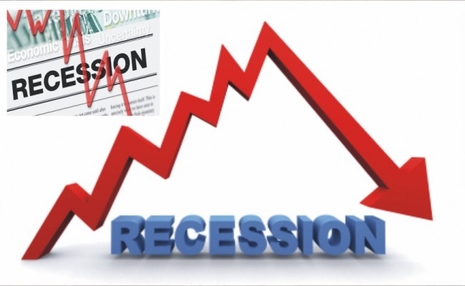 It's the R-word that dare not speak its name on many liberal outlets including the Associated Press or at least not during a Democrat administration.

On Thursday when the second quarter Gross Domestic Product was released showing a contraction for the second quarter in a row which meets the standard definition for recession, AP economics writer Paul Wiseman did his best trying to weasel its way out of labeling it as such. Thus they published a recession avoidance story in which the denial of outright recession began in its very title, "US economy shrinks for a 2nd quarter, raising recession fear."

AP's recession denial continued in the story itself:

The U.S. economy shrank from April through June for a second straight quarter, contracting at a 0.9% annual pace and raising fears that the nation may be approaching a recession.

The decline that the Commerce Department reported Thursday in the gross domestic product — the broadest gauge of the economy — followed a 1.6% annual drop from January through March. Consecutive quarters of falling GDP constitute one informal, though not definitive, indicator of a recession.

Fed Chair Jerome Powell and many economists have said that while the economy is showing some weakening, they doubt it’s in recession. Many of them point, in particular, to a still-robust labor market, with 11 million job openings and an uncommonly low 3.6% unemployment rate, to suggest that a recession, if one does occur, is still a ways off.

“The back-to-back contraction of GDP will feed the debate about whether the U.S. is in, or soon headed for, a recession,” said Sal Guatieri, senior economist at BMO Capital Markets. “The fact that the economy created 2.7 million payrolls in the first half of the year would seem to argue against an official recession call for now.”

...Even with the economy recording a second straight quarter of negative GDP, many economists do not regard it as constituting a recession. The definition of recession that is most widely accepted is the one determined by the National Bureau of Economic Research, a group of economists whose Business Cycle Dating Committee defines a recession as “a significant decline in economic activity that is spread across the economy and lasts more than a few months.”

The committee assesses a range of factors before publicly declaring the death of an economic expansion and the birth of a recession — and it often does so well after the fact.

Is it any wonder why polls show very little trust in the media when that same media goes to ridiculous lengths such as AP to explain why what has been universally accepted as a recession, until now, is not necessarily a recession.