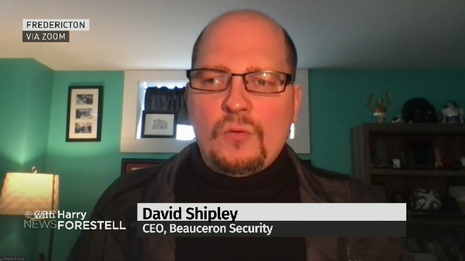 The claim by the American intelligence community that the Hunter Biden laptop story is just a result of Russian disinformation is so 2020. Old news. The new hotness for 2022 is that the protesting truckers and their supporters in Canada are being manipulated by Russian agents.

And what both reports have in common is that the claims are/were based on exactly nothing. The latest iteration of Russian subversion comes to us by way of the Canadian Broadcasting Corporation. However, if you didn't know any better you could be forgiven for thinking that the video interview was produced by the Babylon Bee mocking the CBC for giving credence to a completely unhinged conspiracy theory.

The fun begins before you even see the video when, on the CBC page posted on Friday, you see them misspell "convoy" as "convey." Really? A big news organization financed with billions from the government and they couldn't catch the ridiculous spelling in their "Convey protesters manipulated by foreign agents, says cybersecurity expert" article?

We now dive into the strange nether world of a truly bizarre conspiracy theory introduced by a wide-eyed Harry Forestell of the CBC:

HARRY FORESTELL: Even after two weeks of chaos it's still unclear exactly who is behind the so-called trucker's convoy but it's clear they are well-connected. As police in Ottawa clamp down on Parliament Hill, other protests began popping up across Ontario and elsewhere. Earlier today I spoke with New Brunswick cybersecurity expert David Shipley who says Canadian protesters are being directed and manipulated by foreign agents.

DAVID SHIPLEY: Who would have reason right now to cause as much chaos in Canada as possible? Well, at the top of that list is Russia. We are actively engaged in a geopolitical battle about the future of the Ukraine. Our Foreign Affairs minister, our Prime Minister, others have been very vocal in our support for the Ukraine and it seems very likely that the tactics that we are seeing, the creation of the massive Facebook groups using fake identities or in the case now alleged by a U.S. media outlet, a stolen identity of a Missouri woman to create these groups and to foster this communication hundreds of thousands of people, this is the Russian internet research agency playbook writ large.

You have other enemies as well. You have China, you have other states but when I narrow down my list of suspects and I don't have enough evidence to win in a court of law but I don't need that right now, this smacks of the kind of move that Russia has made in the past, the United States, and is continuing to do around the world.

Sherlock Shipley has narrowed down his "list of suspects" but doesn't "have enough evidence to win in a court of law." From what he said in the interview Shipley actually has NO evidence. However, instead of shutting the interview down right there, Forestell actually treats Shipley as some sort of credible source and later assumes in his questioning that there is actually some sort of online threat from the Russians as revealed by Shipley based on exactly... nothing.

FORESTELL: What do you propose, would you suggest be done to eliminate the online threat or the vulnerabilities that Canada faces right now on social media?

Shipley's solution to the phantom Russian agents is almost predictable: suppress free speech by government regulation of social media via their algorithms.

To read this interview it all seems just plain nuts but to get the true entertainingly bizarre (and inadvertently comedic) flavor of it, watching the video is mandatory. It also gives you an idea of just how desperate the CBC is to demonize the Canadian truckers and protesters by using an "expert" who, based on zero evidence of Russian agents, claims the government must crackdown on social media to keep the citizenry from being exposed to prohibited thoughts.