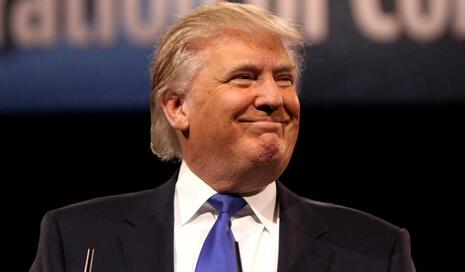 It takes no great imagination to determine what is probably the focus of the mind of Vanity Fair's Bess Levin. Even a quick perusal of her articles over the past year reveals her disturbing obsession with Donald Trump 24/7.

So obsessed is Levin with Trump that she will even lie in her articles to make up fake quotes about him such as her March 8 screed in which she put a false quote in Lindsay Graham's mouth where he supposedly said, "I'm willing to overlook the fact that Trump has probably beaten a few homeless people to death."

Most responsible periodicals would have said "no" and maybe had her checked by a therapist. The fact that she remains employed at Vanity Fair says something about the ethics that magazine.

However, perhaps lying is not the most egregious act by Levin since her Monday article, "REPORT: PROSECUTORS ARE GETTING CLOSER TO CRIMINALLY CHARGING DONALD TRUMP," sinks to a new primordial low of really sick revenge fantasy.

Americans have trouble agreeing on most things, but one matter that’s brought millions of people together of late is the shared fantasy of seeing Donald Trump actually suffer consequences for the first time in his life and live out his twilight years in prison, deprived of creature comforts like Diet Coke, bronzer, and a cell phone on which to call into Fox News—contraband Eric or Don Jr. would have to smuggle in on visiting day hidden in their ass cheeks. (And let’s be honest, they’d shove that flip phone up their orifices in a heartbeat, probably fighting over which one of them got to do with honors.)

Ironically, Levin, in her excitement over a possible Trump indictment, cited Rebecca Roiphe who tossed cold water on her fantasy in an interview with Chris Hayes.

Rebecca Roiphe, a former assistant district attorney, told the Post that the recent step by Vance‘s office to convene a long-term grand jury shows the investigation has gotten to the point where prosecutors will show the jury evidence and witnesses and potentially ask them to consider charges. According to Roiphe, it is unlikely that the district attorney would have taken that step without believing they have evidence to show someone committed a crime. “The prosecutors are convinced they have a case. That’s at least how I read it,” Roiphe said.

Yet here is Roiphe putting a buzzkill on Levin's Trump vengeance drooling when she tells Chris Hayes that New York's TDS Attorney General Letitia James might have ruined the prosecution due to her extreme bias.

...Out there are going to be these allegations that this is politically motivated. You reported at the beginning of your segment that Attorney General James has joined this investigation or is working with Cy Vance and she campaigned on this notion that she was after Trump which itself can undermine the legitimacy of this investigation.