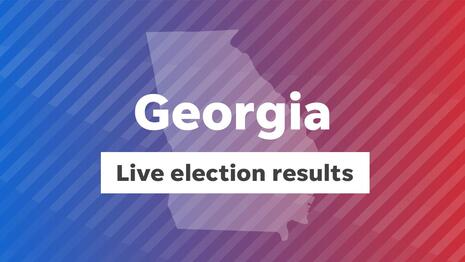 So how does the Associated Press feel about that? In the old days when AP attempted to maintain a dry neutrality in its reporting, that could have been a tough question to answer. However, in recent years, with their policy of editorializing right in their stories, AP slams its readers in the head with their viewpoint sledgehammer.

Such was the case on Tuesday when AP writers Jeff Amy and Ben Nadler editorialized in the very first sentence of their story:

ATLANTA (AP) — The Georgia Senate on Tuesday pushed through the first batch of what could be a raft of restrictive voting measures Republican lawmakers say will safeguard voting but Democrats decry as based on a lie and aimed at overturning their party’s recent electoral success in Georgia.

"Restrictive voting measures." Of course, AP could have just as easily described the bill as a "ballot integrity" effort. But knowing where AP is coming from, that would not be an option. It has to have the aura off "voter suppression." They have to paint the Republicans as a dying party trying to hang on to relevance by "restricting" the right side of history, and the Democrats as the party that's pro-voter, pro-democracy. Voter fraud? Doesn't exist.

When you read the story, it sounds rather reasonable since it is just applying the same standards to absentee ballot applications as is currently applied to in-person voting:

The most important measure passed was Senate Bill 67, which carried on a largely party-line 35-18 vote. It would require that a voter include their driver’s license number, other state identification number or a photocopy of an approved ID when applying for an absentee ballot. That would replace the current process of signature verification, one of the key elements former President Donald Trump and others attacked following Trump’s November loss in Georgia.

...Supporters said anyone who votes in person in Georgia has to show identification, and that absentee voters should do the same. Walker said submitting an identification would work for 97% of voters and said the other 3% could vote in person, saying he wanted to get county elections “out of the middle” of verifying signatures.

Even the liberal Atlanta-Journal Constitution conceded that such a bill is popular with Georgia voters:

Nearly three-quarters of Georgia voters said they support proposals requiring photo ID or other documentation to cast an absentee ballot, according to a poll conducted in January for The Atlanta Journal-Constitution.

Voters also find requiring photo ID reasonable at regular voting, too. But this is one issue where reporters don't care about what the polls say.