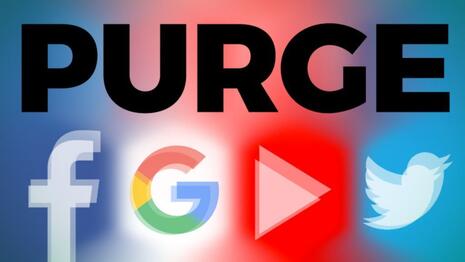 Although Twitter's recent over the top  censorship  culminating in permanently banning President Donald Trump from that platform has been generally hailed by much of the mainstream media, there is one notable voice of dissent. John Harris, the founding editor of Politico, usually very liberal and definitely no friend of Trump, is disturbed by Twitter's political purge.

It isn't so much the principle of free speech that concerns him as the fact that Harris thinks such a move by Twitter will prove to be counterproductive. Harris expressed his concerns in Politico on Saturday in "Hey, Twitter, Are You Sure About This?"

For a half-century, the trend in political culture has been inexorably in one direction: toward the steady loosening and eventually the near-obliteration of media filters.

...The erosion of traditional establishment filters — first by such mediums as direct mail, talk radio and cable, later and most powerfully by social media — has been a primary factor in the rise of potent ideological movements on right and left alike. It is why the election and bizarre presidency of an insurgent disruptor like Donald J. Trump — inconceivable in the 20th century era of establishment media—was eminently conceivable in this era. And it is why the decision Friday night by Twitter to permanently ban Trump from its platform is a signal moment — a historic move, even before we know the consequences that will flow from it.

It represents an effort to reassert the notion that filters have a place in political communication and that some voices have lost their claim on public legitimacy — even when that voice has 89 million followers and is just two months past receiving the second-highest number of votes in U.S. election history.

Twitter’s announcement was made with a righteous air, as the company said it was acting “due to the risk of further incitement of violence” after Trump’s raucous lies about a stolen election inspired backers to take over the Capitol on Wednesday. Across a wide spectrum of politicians and commentators, there were exultations of relief, many mingled with it’s-about-time exasperation.

Twitter’s move is plainly an effort to act responsibly in the face of Trump’s irresponsible words and actions.

Even so, the question seems unavoidable: Are you sure about this?

Twitter tried to act responsibly? Really, John? To quote your last line, "Are you sure about this?"

However, despite Harris seeming to defend Twitter's purges, he worries that it could be very counterproductive.

In strictly political terms, it could well give buoyancy to Trump and his supporters — a new cause for the grievance that fuels them. The moves comes at precisely the moment that his movement looked like it had been fatally punctured, due to the cumulative effects of Trump losing the 2020 presidential election, Democrats winning the Senate in Georgia special elections and even once-loyal Trump Republicans expressing disgust with his culpability in Wednesday’s insurrection.

Boiled down this means that the liberals and the social media overplayed their hand resulting in possible karmatic kickback from the reawakened "deplorables."

In historical terms, Twitter is swimming — possibly with limp strokes — against currents that have come to define not only contemporary politics but the broader culture as well. Perhaps Twitter feels its gesture is sufficiently resonant, and its influence in public discourse so central, that it can change those currents. Quite the feat, if so.

Exit question: Will John Harris be forced by the enraged woke crowd to recant his criticism of Twitter censorship even though it was primarily done on practical political grounds?