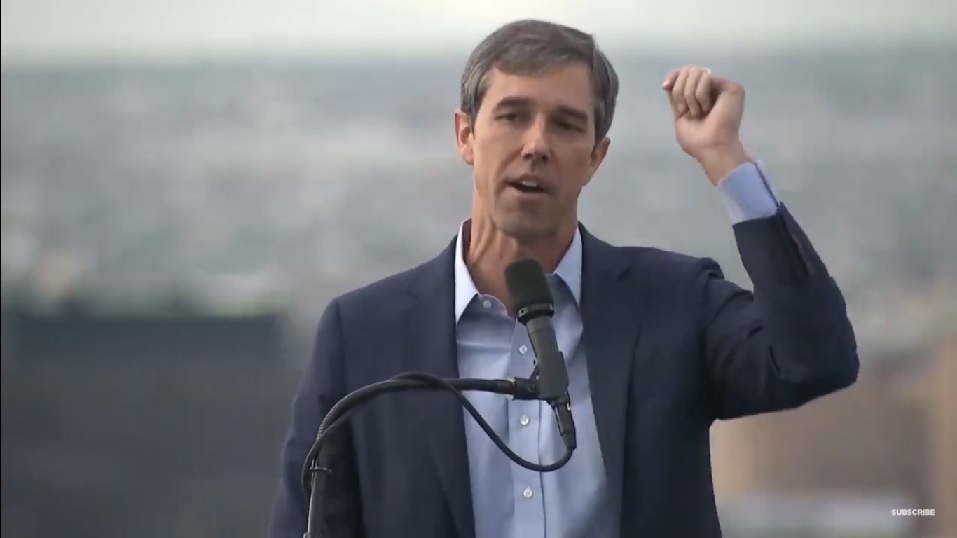 Sorry but running for the U.S. Senate is just not good enough for me.

On Thursday, presidential candidate Beto O'Rourke attempted to reboot his failing campaign with a major speech in which he rabidly attacked President Donald Trump but may have ended up shooting himself in the boot. That is the conclusion of liberal Washington Post political reporter Aaron Blake who proclaimed himself disgusted by the massive hubris displayed by O'Rourke's speech in El Paso when he stated that running for the U.S. Senate is not important enough for him:

With pressure mounting on him and some other Democrats to switch from their languishing presidential campaigns to key Senate races — and with one of them, John Hickenlooper, potentially giving in to the pressure — Beto O’Rourke on Thursday explained why he’s not following suit.

So what did Blake think of that?

As an encapsulation of a flawed political strategy, it’s tough to do better than that.

Yup! Chock full of hubris. Blake tried to admit that "O'Rourke can do what he wants," but it's not...helpful. Democrat reporters want Democrats to take the Senate.

...O’Rourke’s justification for staying in the presidential campaign is another matter entirely. And there are several logical and strategic flaws with it.

The first is the idea that running for Senate isn’t “good enough.” There’s a credible case to be made that the Senate is as important as the presidency. The Senate confirms Supreme Court justices and other judges. The Senate probably needs to go Democratic (or at least be very close), if a new Democratic president were to be able to sign gun control legislation in the aftermath of a tragedy like the El Paso mass shooting. The Democrats hold the House, meaning if they win the presidency in 2020, the Senate Republicans and Majority Leader Mitch McConnell (R-Ky.) would be in a position to gum things up. Having a high-profile figure like O’Rourke say the Senate isn’t “good enough” for those looking to make change in Washington is a terrible message for other would-be recruits. [Italics in the original.]

Reporters like Blake think Beto and Montana Gov. Steve Bullock should be running for Senate in the red states (and never mind Beto lost the last time). They want these egotists to butt out from the overcrowded presidential field.

A second is the implicit idea that the presidential race needs him. Even if you do believe Job No. 1 is to “take the fight directly” to Trump and defeat him in 2020, it has lots of people who are willing to do that. Does O’Rourke truly think that fight won’t be taken to Trump if he, personally, is not in the race? If he does, that’s quite the indictment of his primary opponents.

Perhaps he indicted them because they did not ingest the magic dirt as he did.

And right now the Democrats need people to take shots. If they all adopt the attitude that taking that shot isn’t “good enough,” they might find themselves in the Senate minority for a while.

The good news for Blake is that O'Rourke could easily change his mind. After all, when he was running for the U.S. Senate against Ted Cruz, he swore up and down there was no way he would consider running for president in 2020. Therefore he could always stoop to run for a post that isn't important enough for him should his presidential campaign remain in fail mode.