With 'CBS Evening News' Skidding, the Network Could Give O’Donnell the Boot 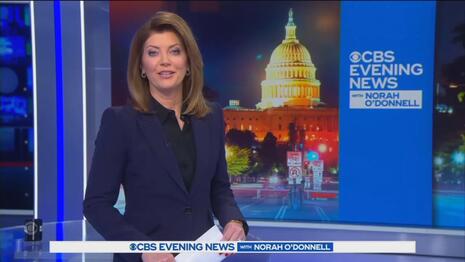 In 2019, NewsBusters reported that in her first six weeks at the helm of CBS Evening News, anchor Norah O’Donnell was floundering in the ratings. A couple of years later and things weren’t much better. And according to a Sunday report by The New York Post, she was “in danger of losing” her job “as cost-slashing execs at the broadcasting giant quietly search for her replacement,” and internal frustrations and backbiting mounted.

According to The Post via reporter Alexandra Steigrad, O’Donnell’s contract was “in the ballpark of $8 million a year” and the new network executives (co-presidents Neeraj Khemlani and Wendy McMahon) were getting tired of the newscast being “stubbornly stuck in third place” behind ABC’s World News Tonight and NBC Nightly News, respectively.

And the ratings breakdown was not looking good for her (Click “expand”):

Although TV ratings are down across the board, O’Donnell’s show continues to bring up the rear. With 5.9 million total viewers in the 2019-2020 season, it trailed “ABC World News Tonight with David Muir” with 9.4 million total viewers and “NBC Nightly News with Lester Holt” with 8.3 million, according to Nielsen.

While O’Donnell has had some ratings wins, she is also losing the all-important 25 to 54 age demographic. In the most recent season, “CBS Evening News” saw a nearly 15 percent decline in those viewers, to 1.1 million, from the 2017-2018 season hosted by Glor.

The paper recalled O’Donnell “muscled her way into the evening slot in 2019,” leaving then-anchor Jeff Glor to get relegated to weekend CBS Mornings co-anchor. And as a NewsBusters study found at the time, Glor was the least anti-Trump anchor on broadcast TV.

“CBS poured millions of dollars into the move, giving the show a redesign and a new theme song, with the still-unrealized hope that it would lift it out of third place,” Steigard wrote, noting the network moved the show from New York to Washington, D.C. for O’Donnell. 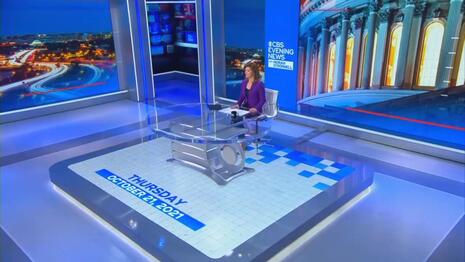 But according to CBS insiders who spoke to The Post, O’Donnell’s failing ratings weren’t the only thing grinding gears at the network. Apparently, “O’Donnell’s diva-like behavior wouldn’t be missed in the network’s corridors. They said she continues to be rude to hair, makeup and wardrobe staff — despite years of complaints that she is ‘divisive’ and ‘toxic’ with colleagues.”

And her elitist mentality had also led to demands for “new designer threads throughout the pandemic, a move that rubbed some the wrong way, as she reports on COVID deaths, political upheaval and unemployment.”

There were also raw feelings about previous CBS boss Susan Zirinsky giving O’Donnell Walter Cronkite’s old title of “managing editor,” with accusations she was not living up to his legacy. And stemming from that, O’Donnell reportedly didn’t want to elevate other journalists at the network:

While Zirinsky had pitched the new “Evening News” as a place for strong investigative journalism, that hasn’t panned out because “Norah O’Donnell didn’t want it,” a source said. When original, investigative stories that are of interest to O’Donnell do make it on the air, she usually is the correspondent presenting the piece, the source said. If O’Donnell isn’t the focus, the segments tend to get shot down by the anchor, the source added.

One unnamed source took a dig at O’Donnell that cut deep, especially since she prides herself on being the embodiment of girl power: “'She is a woman version of an outdated anchor,’ said the insider. ‘Her appointment was an example of the worst kind of change. It was about optics.’”