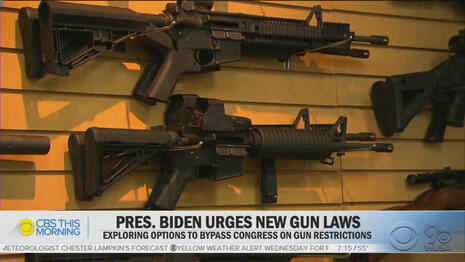 Today’s edition of the NewsBusters Podcast has a special treat for listeners. Stephen Gutowski, founder of The Reload, your home for sober and serious firearms news and analysis, joins Curtis Houck and I to talk about the liberal media’s ignorance about guns and gun culture, and their willful and dishonest use of certain statistics.

In our substantial and broad-reaching discussion, Gutowski shares his insights as we discussed recent NewsBusters reporting on NBC’s deceptive cherry-picking of mass shooting statistics, how outlets like NPR give traction to revisionist history and smear gun rights activists as racist.

Further on that latter topic, we examined claims by CNN’s Chris “Fredo” Cuomo about how gun rights activists would allegedly change their tune if black Americans were to buy lots of guns and organize their own such groups.

But his comments betrayed how detached he was from reality because that exact thing is happening and it’s praised by gun rights advocates.

Speaking of Fredo, I kicked the podcast off with a FREDO ALERT. During Monday’s edition of his show, he promoted a new COVID book written by CNN’s Dr. Sanjay Gupta. And to add a sense of gravitas to the book, Fredo pitched it and suggested he normally doesn’t “hawk product.”

But some 20 minutes prior, he hawked a new book from Mary Trump where she was once again bashing her uncle, President Donald Trump. He told viewers that the book was “available for pre-order” and wished her luck on sales.