ABC's Nightline Goes Off the Rails for Hillary Following Victory 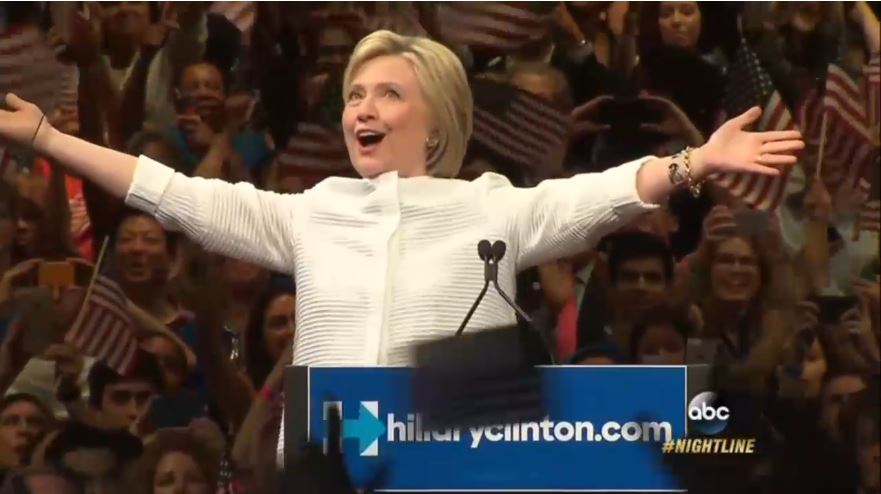 ABC’s Nightline was an absolute Hillary Clinton lovefest early Wednesday morning, following her massive victory and her becoming the presumptive Democratic nominee. “When we come back, did you hear it? It's the sound of that glass ceiling breaking,” Juju Chang teased before the segment. And it only got worse from there.

“Tonight, Hillary Clinton burst at least part way through that glass ceiling she’s always spoken about, becoming the first woman to clinch a major party's nomination for president in this country,” ABC reporter David Wright proudly proclaimed from Clinton’s rally. Wright continued to throw praise towards Clinton, “She's been waiting years for this moment. The night she finally got to be the one making history.”

Chang also got into the act:

And finally tonight, by earning the mantle of the Democratic nomination, Hillary Clinton accomplished what no other woman has ever done in our nation's history. Clinton says she enjoys telling little girls that they too can be anything they want to be when they grow up, even president of the United States.

Since Clinton became the presumptive nominee, it seems as though everyone in the liberal media is feeling the magic.

JUJU CHANG: Tonight, a major milestone in American history. Hillary Clinton, the first woman to clinch a major party nomination, telling us tonight it's not just about her.

DAVID MUIR [TO CLINTON]: What this moment means to you?

CHANG: The fierce pace face off ahead for the highest office in the land.

CHANG: When we come back, did you hear it? It's the sound of that glass ceiling breaking, no matter what side the political aisle you're on. 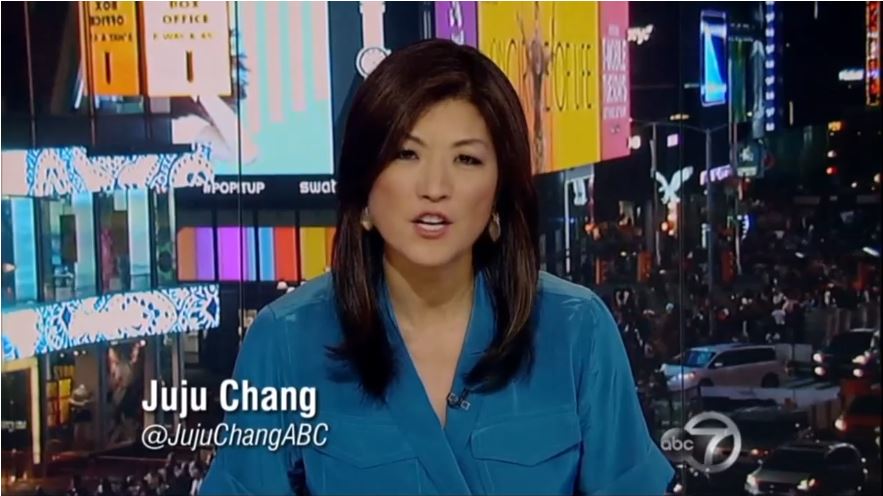 CHANG: We all know tonight is an historic night for women in politics. In a nation that less than a century ago didn't even allow females to vote, Hillary Clinton is now the first ever woman to carry her party's banner in the race for president. ABC’s David Wright in Brooklyn on the major American milestone and what comes next.

DAVID WRIGHT: Good evening, Juju. Tonight, Hillary Clinton burst at least part way through that glass ceiling she’s always spoken about, becoming the first woman to clinch a major party's nomination for president in this country. Her challenge now? To unify her party. The big question: will Bernie Sanders cooperate? She's been waiting years for this moment. The night she finally got to be the one making history.

HILLARY CLINTON: Thanks to you, we've reached a milestone. [SCREEN WIPE] First time in our nation's history that a woman will be a major party's nominee.

WRIGHT: It's been a long time coming. As Clinton told my colleague David Muir, this isn't just about her.

MUIR [TO CLINTON]: You have talked so often about the unfinished business, not only in this country but around the world when it comes to women's rights. Is having the first female American president part of that unfinished business?

CLINTON: It is, David and it is, of course symbolic, but symbols mean something and symbols often can spark hope and action in people, particularly young people and I think it would be a real milestone with my nomination for our country, but it will also send a signal around the world I care deeply about women's rights. I have been an outspoken advocate for them for many years and as secretary of state, I carried that message around the world because empowering women, providing for women's rights, their full participation in society, autonomy, is not only a matter of individuals being able to chart their own futures, it's good for democracy and peace and prosperity.

WRIGHT: Tonight, she reminded the crowd it was eight years to the day since she gave a different speech. June 7th, 2008, she swallowed her pride and finally endorsed Barack Obama.

CLINTON [on 06/07/08]: Although we weren't able to shatter that highest glass ceiling this time, thanks to you it's got about 18 million cracks in it.

WRIGHT: But will Bernie Sanders do the same for her? It's getting harder to get ignore the math. As of tonight, Clinton has enough delegates to secure the Democratic nomination and that's not likely to change between now and the convention. True, not all of them are pledged delegates, the ones you earn winning primaries and caucuses. More than 500 of Clinton’s total are party insiders who have been with her since the beginning. It would be tough to for Sanders to convince them to jump ship now.

ABC NEWS DEPUTY POLITICAL DIRECTOR SHUSHANNAH WALSHE: It's really going to be almost impossible. Since day one, Bernie Sanders has been really against the rigged system but what he's asking Clinton's super delegates to do is overturn the will of the voters, essentially asking them to rig the system.

WRIGHT: Clinton supporters now feel a sense of urgency about now turning the focus to the general election —

CLINTON: Donald Trump is temporarily unfit to be president and commander in chief.

WRIGHT: — in part because Donald Trump has been stumbling. This past week, he said a federal judge hearing the fraud case against Trump University is biassed against him because of his Mexican ancestry. Here he is on Face the Nation.

WRIGHT: Trump said his comments were misconstrued, but Clinton wasted no time calling him out.

CLINTON: He wants to win by stoking fear and rubbing salt in wounds and reminding us daily just how great he is. 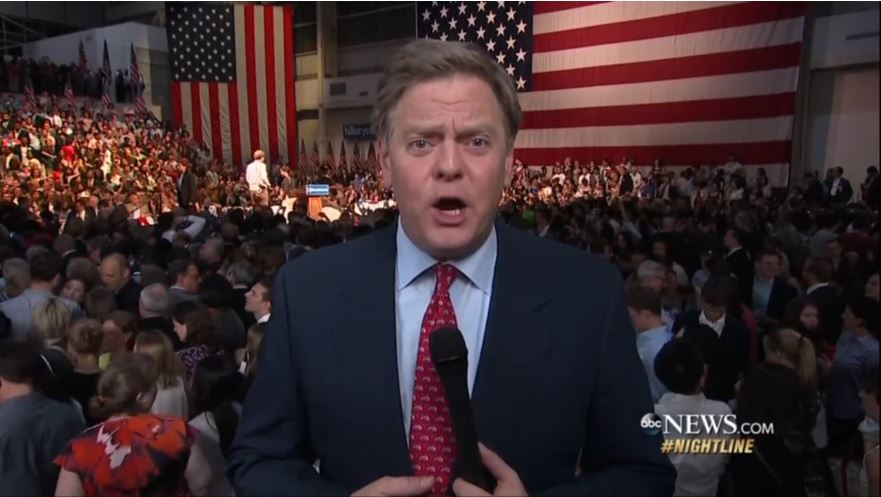 WRIGHT: You're not likely to see her dress up like Trump, the way Meryl Streep did last night at a New York City event. Clinton is eager to get on with things, but tonight, she's putting primary season behind her.

CLINTON: Let's go out and make that case to America. Thank you you. God bless you and God bless America.

WRIGHT: Whether or not Bernie Sanders is ready to do the same. I’m David Wright for Nightline in Brooklyn.

CHANG: We'll be right back with final thoughts on this historic moment.

CHANG: And finally tonight, by earning the mantle of the Democratic nomination, Hillary Clinton accomplished what no other woman has ever done in our nation's history. Clinton says she enjoys telling little girls that they too can be anything they want to be when they grow up, even president of the United States, but first, she'll have to face off against Donald Trump. The outspoken outsider against the pioneering insider.