The President of the United States on Thursday tweeted an article containing Media Research Center data on how the press isn’t interested in a scandal engulfing a top Democrat. NewsBusters managing editor Curtis Houck wrote on Tuesday that ABC, CBS and NBC skipped the arrest of Imran Awan.

Awan was an IT staffer for Debbie Wasserman Schultz, despite the fact that it involved Hezbollah and smashed hard drives. On Wednesday, CBS covered the story for a scant 37 seconds. 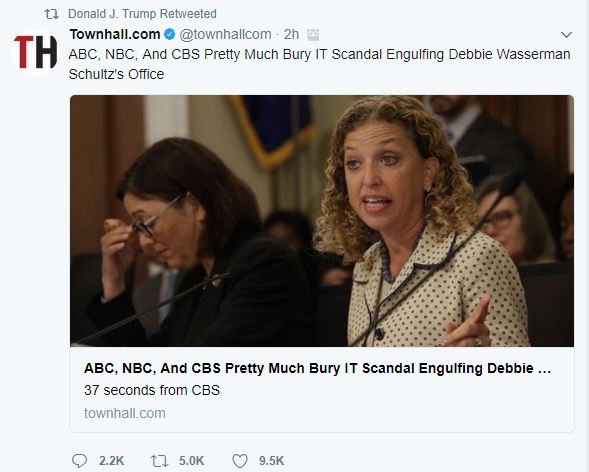 Vespa, a former MRC intern, wrote, “NBC and ABC have been silent in their broadcasts, but CBS did devote 37 seconds to it (via Newsbusters)."