On Friday afternoon, NewsBusters executive editor Tim Graham appeared on Fox News on Your World with Neil Cavuto. The subject was the ongoing obsession with women charging Donald Trump with sexual harassment in the wake of the Access Hollywood tape where he boasted that a “star” could grope women and get away with it.

Host Neil Cavuto pointed out the dramatic divergence in TV coverage of Trump and sex vs. the emerging scoops coming out of the Clinton campaign e-mails posted on the Internet by Wikileaks.

NEIL CAVUTO: Well, I do have something I want to share to the governor's point, whether you are obsessed with these latest accusations against Donald Trump or not. Look at the coverage the media has given this subject versus the WikiLeaks scandal that's coming to light now with all of these revealed Clinton e-mails. As you can see, it is dwarfing almost any other subject by a factor of at least ten to one on all the major news networks and all the major news shows. Why is that? The Media Research Center’s Tim Graham compiles numbers like that, watches it very closely, studies it closely. I mean, it's not even close, Tim. It is not even close. What do you make of it?

TIM GRAHAM: This is a news media that they want Donald Trump destroyed and they want him destroyed now. Now, if the media has a single standard, which it has never had, on sexual harassment, when Bill Clinton went on 60 Minutes in January of 1992 and said he had trouble in his marriage but -- if they all went running out to find 17 accusers the next week, then we would have a single standard. What we have here now are a set of accusers, some seem to have credibility and some don't. Some have precise memories some have remarkably imprecise memories. If you look at this Washington Post story today where she’s saying “I can't remember which club it was, but it had a red couch.” So then The Washington Post goes running around trying to find a red couch.

She doesn't know what year it was or what date it was. And this is the sort of thing is – the story is not ready. You know, when it came to Paula Jones in 1994, they actually got in physical fights in the news room over when to run the Paula Jones story. They sat on it and sat on it and sat on it. This thing goes up in 48 hours. They did the trump tape at The Washington Post, you know in an afternoon. Why?  Because they want him destroyed.

In 1992, Gennifer Flowers was claiming a consensual affair, not sexual harassment. But the media failed to recognize other women that came forward and said they too had been sexually involved with Clinton in Arkansas, and then they tried to ignore the sexual harassment and rape claims that came later.

Cavuto added that there were some real news hooks in the Wikileaks e-mails, but the media didn't have much zeal or curiosity in exploring them:

CAVUTO: I don't see the same zeal getting to the bottom of the Clinton e-mails that seem to show a very different relationship that the campaign had with a number of key media figures. An uncomfortable, almost incestuous type relationship. Different vibes you get on Hillary Clinton saying one thing on the stump railing against banks, and very cozy with those banks in private speeches and more or less saying, you know, I'm kind of with you. Similarly with trade deals that she railed against in debates with Bernie Sanders, but privately seemed to assure financial folks she talked to that she was for open and unfettered trade. That is at least as meaningful, and probably to the American people potentially more telling in the behavior you'll see in the future president, as this stuff with Donald Trump. But not nearly the relationship in terms of coverage of stories, right? 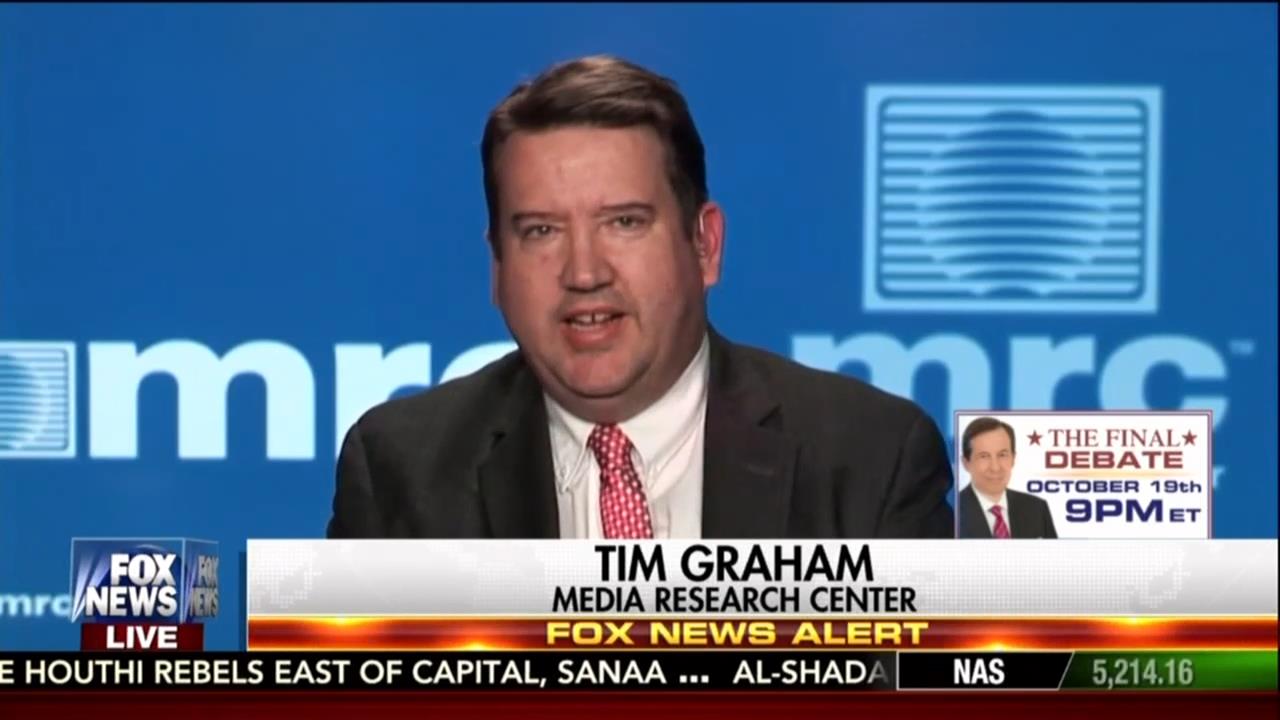 GRAHAM: Well, we've had more than 30 minutes of coverage on the WikiLeaks, but what they're not doing is talking about the e-mails between the Hillary Clinton aides and the reporters. Where Mark Leibovich of The New York Times is saying “you can veto whatever you want. You know? Tell me how to do it.” And the aide, the Clinton aide says sorry, I'm on an iPhone, I can't cut and paste it the way I want it.

CAVUTO: But maybe that’s because it's not as sexy as women claiming, you know, whatever they're claiming. I'm understand the – I’m not naïve – the appeal of stories like this, but, by the same token, I understand the importance of getting out what's being revealed in all of these WikiLeak e-mails, I mean, that is some very constitutionally weighty stuff to say nothing of at the very least politically embarrassing stuff that reveals a very cozy, almost too cozy, relationship between many in the establishment media and the Hillary Clinton folks which could also indicate many of their reluctance to get that story out.