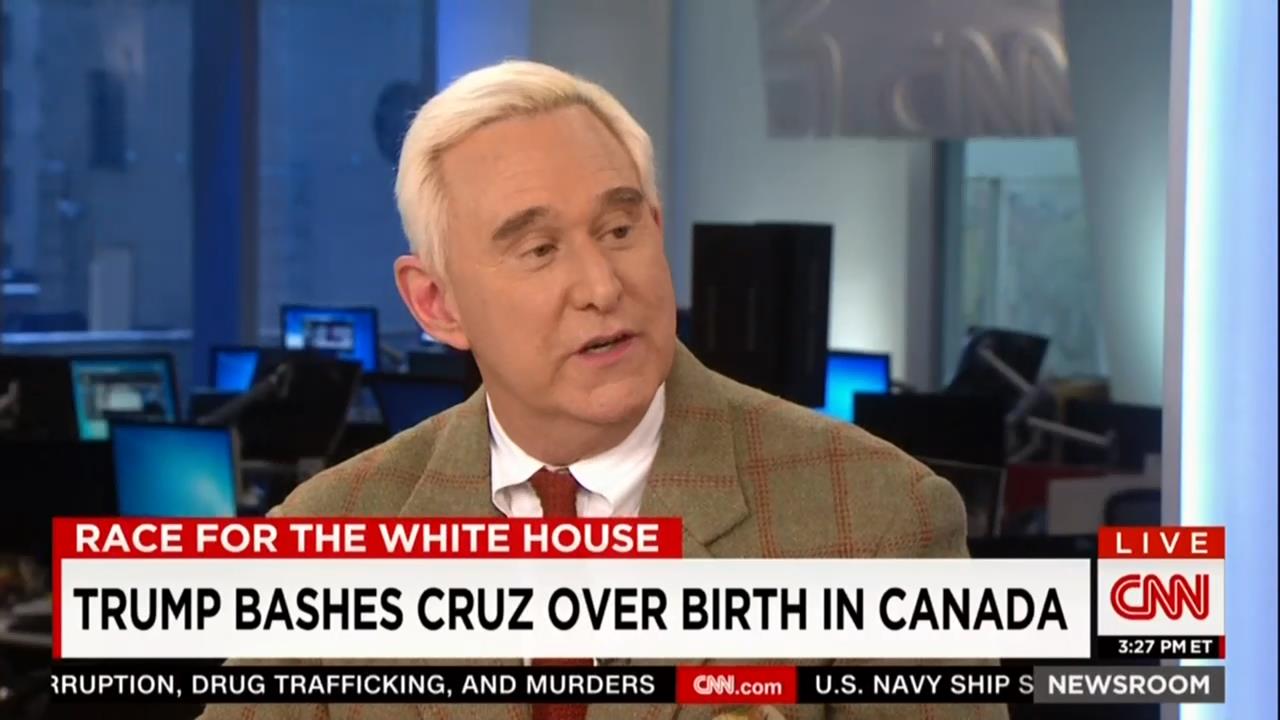 Media Research Center (MRC) President Brent Bozell issued the following statement praising CNN and MSNBC for their decisions to ban Roger Stone, a close associate of presidential candidate Donald Trump, who has called for intimidation of delegates at this summer’s Republican Convention.

A report by Politico on CNN’s decision to ban Stone cited his attacks on Ana Navarro (a Jeb Bush supporter and CNN analyst) in which he called her an “Entitled Diva Bitch,” “Borderline retarded,” and “dumber than dog s---.” Stone has also referred to Roland Martin and Ana Navarro as “quota hires” by CNN.

“CNN and MSNBC should be applauded for banning Roger Stone from their airwaves. Stone’s recent threats to intimidate delegates at the Republican Convention by broadcasting their hotel rooms and his long history of incendiary and offensive rhetoric add no value to the national discourse. Agree with them or not, Trump's surrogates are fine people. But Stone is a thug who relishes personal insults, character assassination, and offensive gestapo-like tactics that should be unequivocally dismissed by civil society, most especially those who might give him a platform from which to spew his hatred.

“The news media have for far too long ignored Stone’s inflammatory words. I hope all media outlets that lament the debasement of political dialogue and the gutter politics for which Stone is infamous follow the lead of CNN and MSNBC. The media should shun him. He is the David Duke of politics. Those with whom he is affiliated should denounce him in no uncertain terms.”