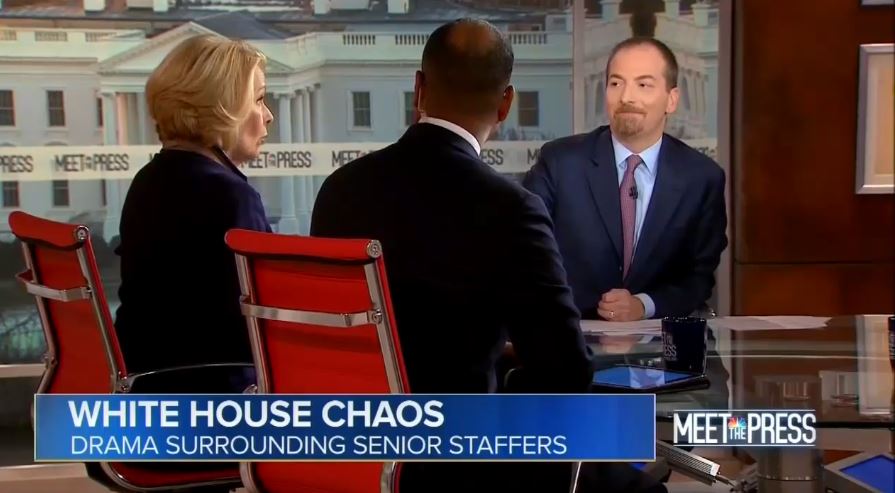 ABC and NBC couldn’t find time on their February 11 Sunday shows for what conservatives consider a big story: a budget deal that adds roughly $300 billion to the deficit, bringing the deficit total to over a trillion dollars. Conservative lawmakers have expressed concern that this deal goes against a fiscally conservative platform that the President and many in Congress campaigned on.

In contrast, Major Garrett on CBS’s Face the Nation and Chris Wallace on Fox News Sunday managed to squeeze in discussion of this topic.

On CBS, Major Garrett asked Mick Mulvaney, the Director of the Office of Management and Budget, about the recent shakeup in the White House, before asking him about the substance of the budget deal, then bringing in two conservative members of Congress to ask them their opinion. Neither ABC’s This Week, nor NBC’s Meet the Press interviewed Mulvaney, nor did they ask any other guests about the budget deal or the deficit.

On Fox News Sunday, host Chris Wallace played Mulvaney a clip from the OMB Director’s own confirmation hearing, in which Mulvaney criticized the Obama administration for overspending and not addressing the debt. “But, under this new plan, with the new spending, the deficit will rise from $439 billion in 2015 under Obama, to a projected $1.2 trillion in 2019, and trillion dollar deficits for the years after that,” Wallace said. “There’s always a reason. In other words, you’re saying ‘well, it’s the Democrats’ fault,’ Obama might have said it was the Republicans’ fault in the recession. Bottom line: isn’t President Trump the big spender now?”

Garrett gave time to conservative concerns over the spending increase while interviewing Mulvaney, “Why is spending this money now, and having deficits projected at more than a trillion dollars, in a growing, non-recessionary economy, that has already jittered Wall Street for a full week, a good idea?”

After allowing him to answer, Garrett reminded Mulvaney of the positions he held as a member of the House of Representatives. “Congressman Mick Mulvaney. Would he have voted for this?”

Instead of covering this important issue, ABC’s George Stephanopoulos and NBC’s Chuck Todd each spent most of their entire hour long show focused on the two members of the administration who were fired last week over domestic abuse allegations. Not a single second was devoted to the budget, even in passing.

On Meet the Press, Todd’s only break from the scandal coverage was to give Sen. Jeff Flake a platform to bash President Trump in general for being untrustworthy, and to quickly discuss immigration reform. Garrett and Wallace also covered the domestic abuse issues, which are legitimate issues to cover, but also found time to discuss conservative fears about the deficit

After Mulvaney, Garrett brought on two conservative critics of the increased spending: Sen. Rand Paul and Rep. Mark Meadows, allowing them to voice their own concerns about it.