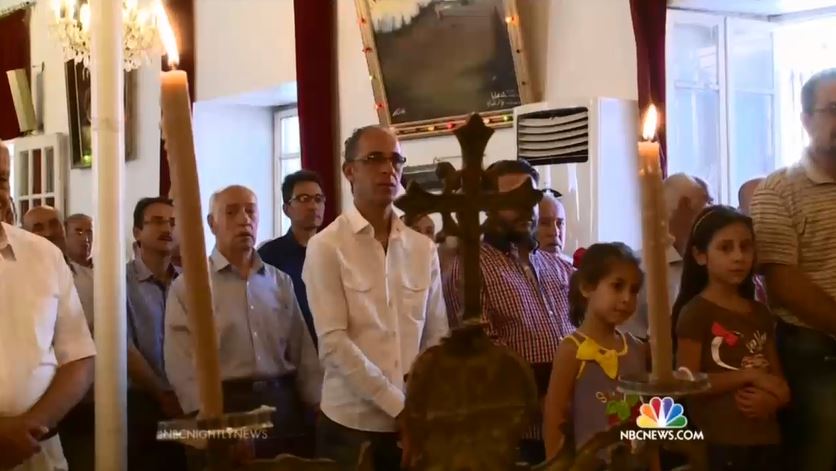 Despite all three broadcast evening news shows running stories on ISIS on March 10, not one of them mentioned a report submitted that day to Secretary of State John Kerry documenting that ISIS’s persecution of Christians has reached the level of genocide. In fact, in all of 2016 so far, the topic of Christian persecution by ISIS hasn’t been mentioned even once.

In all of 2015, the network evening newscasts  devoted a mere 17 minutes to the topic of ISIS’s attacks against Christians out of a total 39 hours discussing terrorism. The breakdown by network is even worse: ABC’s World News Tonight was the “best” with 7 minutes and 48 seconds of coverage. CBS Evening News clocked in at 5 minutes and 54 seconds while NBC Nightly News only gave a paltry 3 minutes and 28 seconds in the past 15-and-a-half months to this topic.

According to National Review, the report, which was co-written by the Knights of Columbus and In Defense of Christians, “includes a legal brief, backed up by witness statements, lists of crimes against Christians, the names of Christians who have been murdered, the names of the churches that have been attacked, medical reports including the growing threat of cholera, and price lists for Christian and Yezidi sex slaves.”

The report states that “[t]he so-called Caliphate has slated Christianity for destruction — now and in an apocalyptic battle to come. Consistent with its threats have been ISIS’ actions. Our fact-finding mission to Iraq earlier this month found stories of rape, kidnapping, forced conversions and murder, in addition to property confiscation and forced expulsion”

When the networks have devoted a few minutes to the plight of Christians, the stories have been compelling. For example, for a November 13, 2015 CBS Evening News story, correspondent Charlie D’Agata visited the entirely Christian city of Alqosh in northern Iraq where thousands of Christians from the surrounding region had fled the threat of ISIS. His story included accounts of Christians who had managed to escape from ISIS-controlled territory, and the atrocities they had seen. Unfortunately, such coverage was rare.