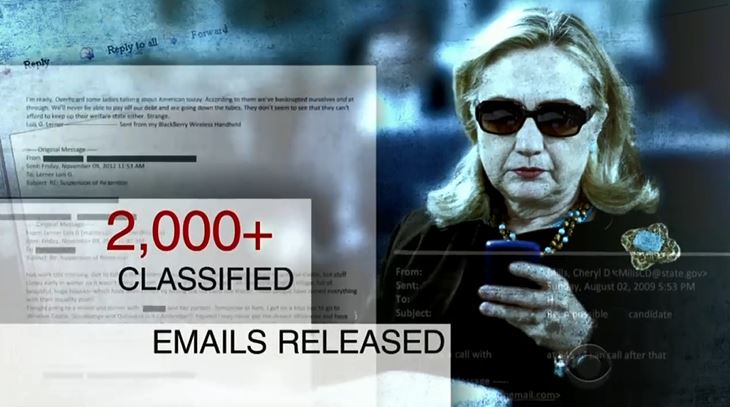 The Department of Justice granted immunity to the staffer who helped set up Hillary Clinton’s server, but ABC's World News Tonight and NBC Nightly News on March 3 dismissed the story as hopefully being the end of a tedious saga. While they also included obligatory Hillary campaign and White House responses to this new development, CBS Evening News was the only of the three broadcast evening shows to even mention that “it’s a crime to mishandle classified documents.”

This dismissive reporting is in line with how the same three networks' morning shows on March 3 worried that Hillary's email scandal "just won't let up."

NBC's coverage was the most dismissive. Correspondent Andrea Mitchell accused Republicans of attacking Hillary regardless of the facts. “It is very likely that Clinton will have to testify. Her team says they're glad her former aide is now cooperating, but clearly, no matter what the Justice Department decides, this is an issue that the Republicans will continue to use against her.”

NBC also included clips of Bernie Sanders and his wife dismissing the email charges, and Hillary’s infamous exchange with Fox News senior White House correspondent Ed Henry where she asked if he was asking if she wiped her server “with a cloth.”

ABC’s Jonathan Karl argued that Hillary “has already testified about the emails in that grueling 11-hour session before the Congressional committee investigating Benghazi,” adding that the Clinton camp calls the investigation “no big deal” and that Hillary is “pleased her former aide is cooperating.”

Although CBS included the most criticism of Hillary, the network also included footage of former President Bill Clinton arguing that the emails made his wife “more relatable." Anchor Scott Pelley acknowledged that "it's a crime to mishandle clasified documents." A clip of White House Press Secretary Josh Earnest arguing that Hillary "is not the target of the investigation" was juxtaposed with a clip of GOP candidate Donald Trump saying "what she did was a criminal act. She shouldn't be allowed to run."

Observing that the investigation was "providing fodder for Republicans," CBS correspondent Nancy Cordes concluded “the question at the heart of this FBI Investigation is why a public servant in a sensitive position would need to communicate solely via private e-mail. Scott, Clinton's top aides and even the candidate herself could be interviewed by FBI agents in the coming month.”