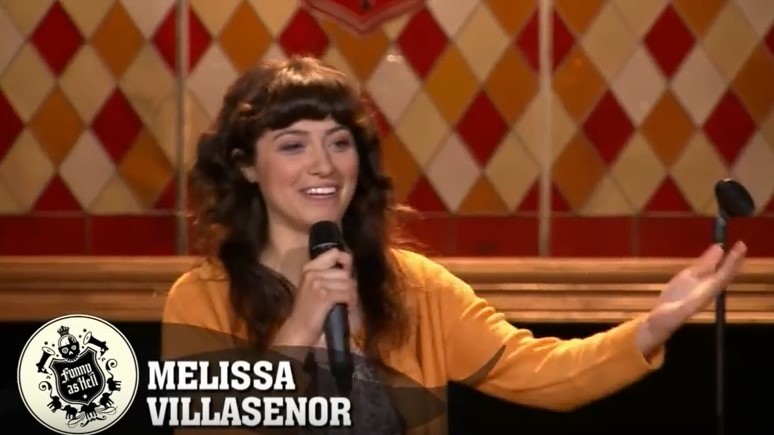 A few days ago, Zeba Blay, the “Voices Culture Writer” for the Huffington Post, made the groundbreaking observation that white people aren’t the only racists in the land of comedy…but first, a little background:

Last week, Saturday Night Live announced that it was hiring its first Latina cast member, Melissa Villasenor. Blay wrote "The announcement was a seminal moment for representation of Latinos in comedy, but it was completely undercut on Sept. 17, when Grist justice writer Aura Bogado tweeted about Villaseñor suspiciously deleting over 2,000 tweets in less than a week."

Here are a couple examples of the tweets Villasenor is accused of deleting:

On dating a black guy: "Coworker at forever 21 dates black guys and she said she will set me up on a blind date for valentines, I said yes but I'm scared."

Another tweet was about her boss, and ‘ugly’ ‘bossy black lady’. That tweet from more than six years ago read: "A bossy black lady at my temp job right now looks exactly like steve erkel. Ugly".

Another one from November of 2011 read: "Jolly black people are the best! Just laughed with one right now".

Despite the screenshots many have taken, Villasenor has been mum on the tweeting controversy. Comcast, the owners of NBC Universal, are very "diversity"-oriented, but someone's vetting wasn't very thorough.

Many of us were looking forward to the first Latina to join the 'SNL' cast in its over 40 year history. This is long overdue…'Jokes often go too far and are subjective. The line comedians walk is a thin one. But what I see in Melissa's statements, in some cases, aren't jokes but racist and anti-Black statements.”

'Because neither Melissa nor 'SNL' have decided to comment, we are left to wonder if she understands why her tweets are harmful or if she feels any remorse. It is unfortunate that what began as a celebratory occasion is now overshadowed.'

Blay preached that Villasenor’s attempt at a quick deletion of any offensive tweets – and the silence that followed – were an “important reminder of the anti-blackness that non-black Latinos and other people of color, often times, consciously and unconsciously perpetuate in the comedy realm.”  She continued:

There’s a sense amongst some people that racist jokes are only “racist” when white people make them, but as Villaseñor …demonstrate(s), that isn’t always the case.

Big kudos to the Huffington Post for admitting that white people aren’t the only ones who can be racist.  *sarcasm*