Cher: 'When I Watch Trump, I Just Want to Blow My Brains Out' 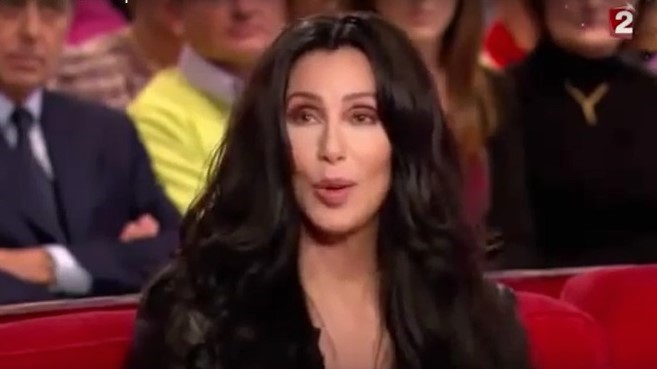 Singer and hardcore liberal Cher made some rather outrageous comments at a posh Hollywood fundraiser for Hillary Clinton on Monday.

The fundraiser, held at the Greek Theatre in Los Angeles and less than a day prior to California's primaries, sounded more like a Donald Trump roast than a fundraiser for Clinton. According to Billboard magazine, Cher told the liberal L.A. leftists in attendance:

"When I watch Trump I just want to blow my brains out.Or maybe not my brains. but I'm just like `What are you talking about? Jesus." I know that Hillary fights for equality for all people and we are no good unless all of us are equal."

This isn't the first time Cher has been outspoken about her disdain for Trump.  The 70-year-old singer uses caps-filled tweets (and not because she probably can't see the words) to rant. One such message included a photo of  Hitler with a photo of Trump's head superimposed on the same photo of Hitler. 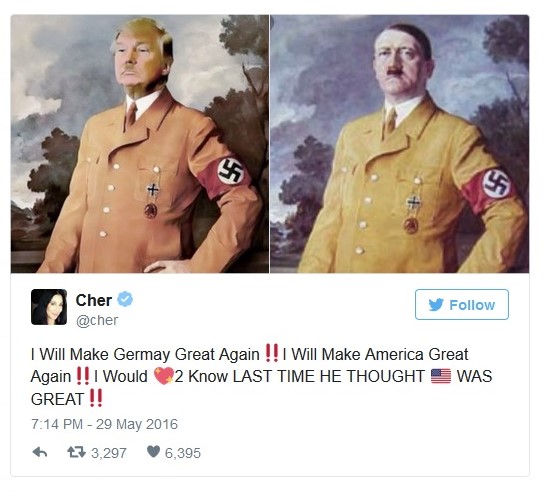 It's no surprise then that has endorsed Clinton for president. She says:

"I've been alive through 11 presidents and when I was young, I didn't even know if was possible for a women to be president of the United States," she said. "I want to tell you that when Clinton ran for Senate, they asked me if I wanted to spend some time with her at a tea party gathering where she would talk to women. I was so interested in what she had to say, she was so different."

Cher also commented on her relationship with Clinton:

"I've known her for a long time now and I have to say that no matter which way the political winds have blown at any moment, her moral compass has always pointed towards grace, justice for genders, and justice for sexual orientation, which is big for me. All of those things are important to me."

I wonder what Cher thinks about the justice for those who died in Benghazi and the women who were victimized by Clinton's harassing husband.  I guess she doesn't find those "things" important.