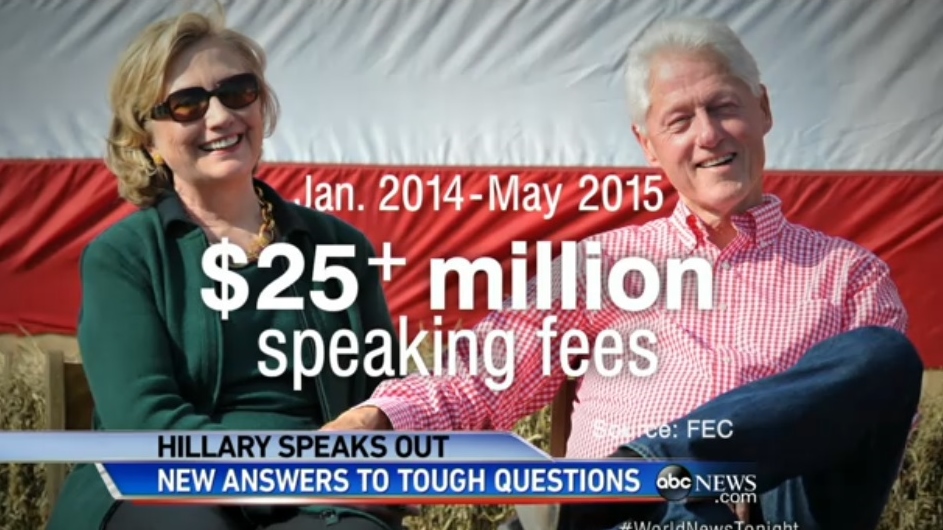 Donald Trump dispatched his Republican rivals by branding each one with an insulting but memorable nickname: “Lyin' Ted” Cruz, “Little Marco” Rubio. As the general election campaign nears, Trump has settled on a label for the likely Democratic nominee: “Crooked Hillary.”

....The problem for Hillary Clinton is that he may be right.

All campaign long, pollsters have found that many voters — including some Democrats — don't think she's principled. Maybe it's her four decades in bare-knuckle politics, ancient questions about investment deals in Arkansas, her entanglement in her husband's personal scandals, her decision to set up a private email server when she was secretary of State, her big-dollar fundraising and speech fees — or all of the above. Fairly or not, Clinton can't shed her history.

“Fairly or not?” Clearly, the liberal media see any focus on her past ethical scraps -- "ancient" or recent -- as unfair. They know her numbers on trust are terrible. They just hope Trump’s are worse.

Earlier this week, Clinton tried to play Trump’s branding game by calling him a “loose cannon,” which McManus calls “a lot more decorous....an above-the-belt jab, not a schoolyard taunt.” (I fail to see it.)

Admitting that Clinton does have a problem with voters who aren’t finding her “principled,” McManus thinks Clinton should make campaign finance reform the centerpiece of her campaign.

Still, there's one more thing Clinton can and should do on the “honesty” front:

Talk more about reforming the campaign finance system. That sounds counterintuitive, I know, because she's knee-deep in big-money fundraising, from Wall Street donors to super PACS.

She's caught in a familiar trap for Democratic candidates: She's denounced the campaign finance system, but she's using it to bankroll her election. When she launched her presidential bid, Clinton said campaign finance reform would be one of the four “pillars” of her platform. But aside from a speech outlining reform proposals last year, she hasn't talked about the issue much.

Of course she’s not going to talk about it, or else she’d have to release how much she got paid by those big bad corporations she so “adamantly” opposes.

Trying to bring home that point, McManus suggests Clinton “take a page from one of her most ardent supporters, George Clooney. Last month, after he hosted dinners at which couples could contribute $353,400 for a place at Clinton's table, Clooney was refreshingly blunt."

“It's an obscene amount of money,” Clooney said. “It's ridiculous that we should have this kind of money in politics.”

McManus fails to realize that he’s only highlighting the hypocrisy of Clinton when she attends such lavish events and hanging out with the Hollywood elite.

But hey, this could give Trump another great nickname for Clinton… “Hypocrite Hillary.” I’m sure that one would stick too.