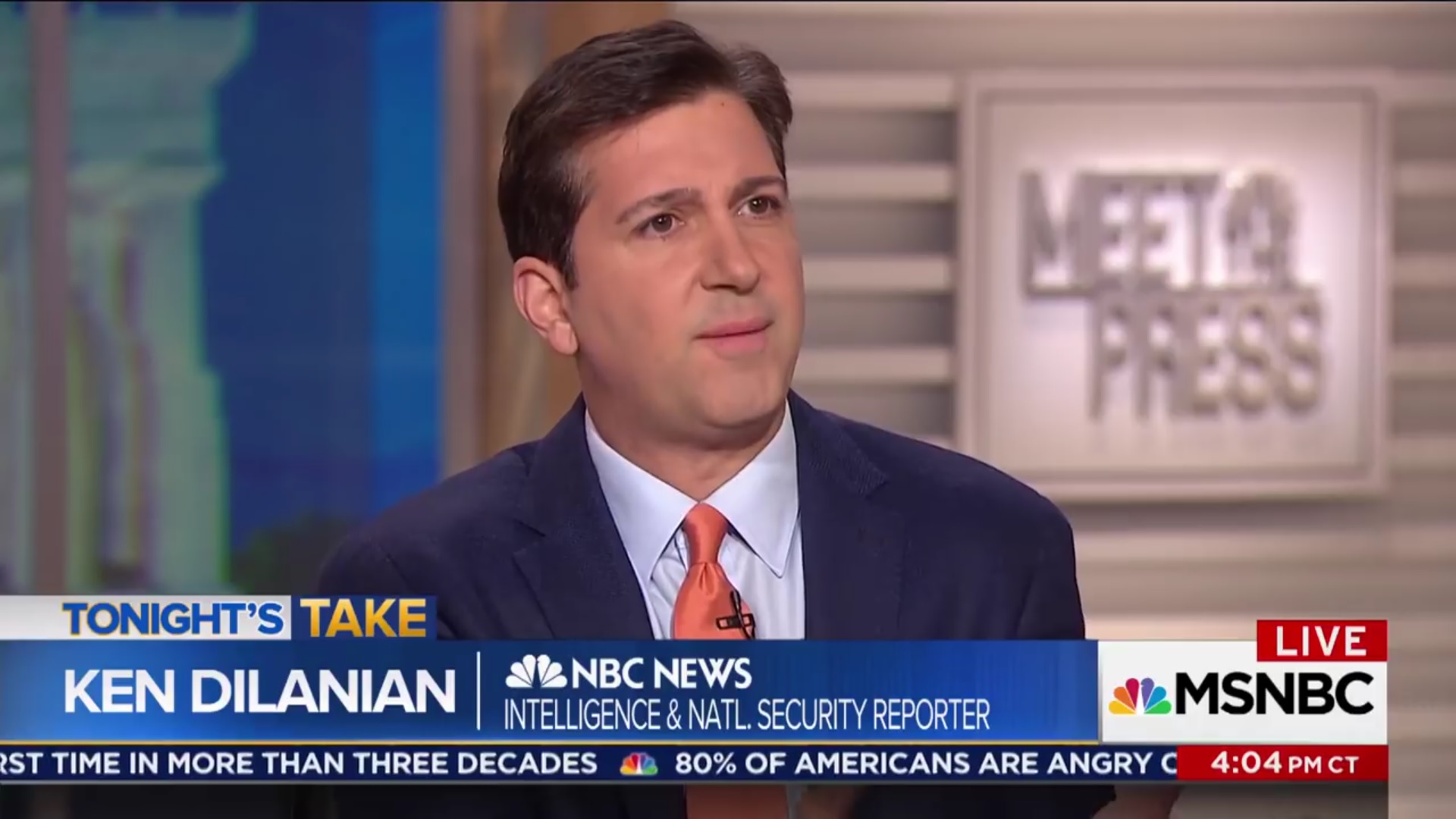 On Friday, NBC's Ken Dilanian praised Washington Post editor Ruth Marcus on Twitter for her "courageous" column that defended the "right" of women to abort their unborn babies if they have Down syndrome. Dilanian underlined his agreement with Marcus after another Twitter user cited how his child has the genetic condition: "And you made the right choice for you—a choice to be celebrated and respected...She [Marcus] is affirming her legal right to make a different choice for her own family."

The national security journalist for the Big Three network also re-Tweeted four posts by The Washington Post writer herself. Marcus first emphasized, "If you disagree, I respect that. If you have a child with Down syndrome, even more so. But please read before you start shouting." Minutes later, she touted that "67 percent of US women who discover their fetus has Down syndrome choose to terminate their pregnancies. They're not monsters. They're grieving women making an agonizing choice."

The newspaper editor, who has two children of her own, led her actual column (bluntly titled "I would've aborted a fetus with Down syndome. Women need that right.") by decrying the "new push in antiabortion circles to pass state laws aimed at barring women from terminating their pregnancies after the fetus has been determined to have Down syndrome."  She contended that legal protections for unborn babies the disability were "unconstitutional, unenforceable — and wrong." Despite acknowledging that it was a "a difficult subject to discuss because there are so many parents who...cherish a child with Down syndrome," the writer admitted that "without hesitation that...[as] ghastly as a second-trimester abortion would have been, I would have terminated those [two] pregnancies had the testing come back positive [for Down syndrome]."

Marcus later lamented how the pro-life state laws were "compelling a woman to give birth to a child whose intellectual capacity will be impaired, whose life choices will be limited, whose health may be compromised. Most children with Down syndrome have mild to moderate cognitive impairment, meaning an IQ between 55 and 70 (mild) or between 35 and 55 (moderate). This means limited capacity for independent living and financial security." She emphasized that such legal protections were "flatly inconsistent with the Supreme Court's Roe v. Wade ruling...that 'it is a constitutional liberty of the woman to have some freedom to terminate her pregnancy.'"

Near the end of column, the editor likened one state's litigation in defense of its pro-life law to the dystopian society depicted in a feminist novel (and adapted into a series for Hulu): "In an argument worthy of 'The Handmaid's Tale,' the state of Indiana suggests...[that] the right to abortion...protects only the 'binary' decision of whether to bear a child — not which child you must carry to term once you choose to become pregnant. In other words...the state can hijack your body." Marcus also admitted that genetic screening tests have "creepy, eugenic aspects...that call for vigorous public debate." She added, however, that "in the end, the Constitution mandates — and a proper understanding of the rights of the individual against those of the state underscores — that these excruciating choices be left to individual women, not to government officials who believe they know best."

Conservative/pro-life Twitter users took both Dilanian and Marcus to task for their "monstrous" position. Gabriel Malor, a contributor at The Federalist, unleashed at the NBC reporter: "Monstrous evil unashamedly displayed. You would never say that women need the right to abort, say, a fetus predisposed to be gay, or a fetus predisposed to be alcoholic, or a fetus predisposed to be (*cough*China*cough*) female." "Andrea K," a self-described "human rights advocate" who normally supports legalized abortion, took a similar stance as Malor: "Even as a pro-choice advocate, I find this statement disgusting. Aborting a child you judge less than perfect (be it a girl, or child w DS, or whatever 'imperfection' is in your narrow definition of humanity) has nothing to do with courage & everything to do w fear & prejudice."

Fr. Aquinas Guilbeau, a professor of moral theology, corrected the pair: "This is not courage. Nor is it mercy. It is the vicious cry of culture that puts all of its hope for happiness in the body." National Review's Alexandra DeSanctis asserted, "Aborting children with Down syndrome is motivated by the sinister idea that "abnormal" people are better off dead. That no life at all is better than a life touched by suffering. But what life doesn't have suffering?"