Deadspin Editor on Trump's Win: 'F**k Everything And Blame Everyone' 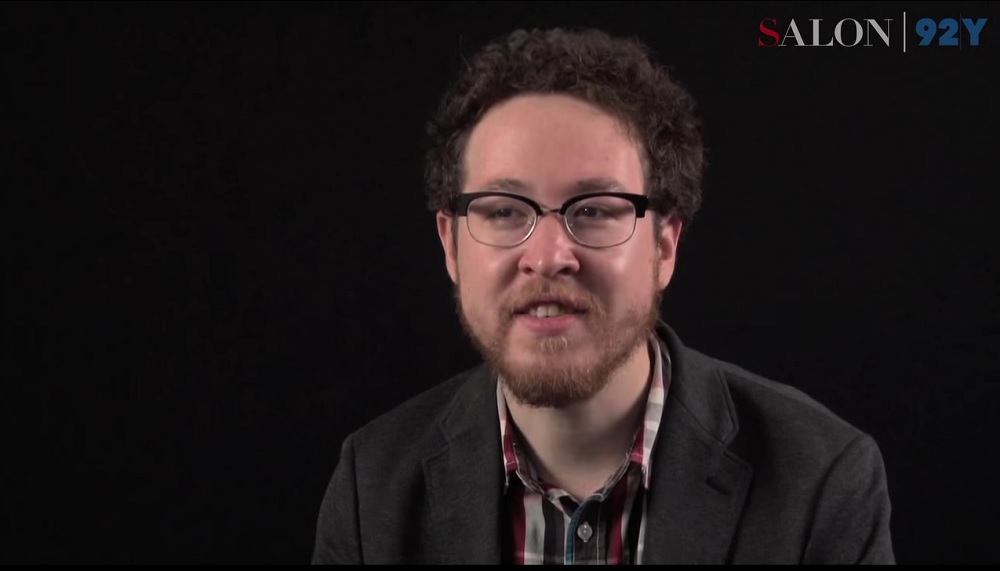 Alex Pareene unleashed an extended diatribe in reaction to the election of Donald Trump in a Wednesday item on Deadspin: "Blame white people. Blame white men in particular, but reserve plenty of blame for white women. Blame old people...Blame rich people, as always. Blame the public...for Donald fucking Trump getting more votes than Donald Duck....Blame the Founders for enshrining white supremacy in our constitution and making it nearly impossible to fully expunge. Blame a political system that advantages rural areas at the expense of urban ones, mostly in order to preserve our white supremacist heritage."

Pareene, used the F-word liberally through his article, starting with its title: "'Fuck Everything And Blame Everyone." After targeting white people in general and the Founders' "white supremacy," the senior editor for the ex-Gawker website now owned by Univision continued by rehashing liberal talking points about the current political climate:

Blame Scott Walker and the Republican plot to suppress minority turnout, and blame the mainstream political press for treating voter-suppression tactics as a given, a hurdle to be overcome by the opposing campaign's turnout machine, rather than a horrific continuation of the worst racist abuses of our very recent history....

Blame the deep-seated misogyny of the...conservative press, which—with a clutch assist from much of the mainstream press—caused a politician who is calculating and ambitious in mostly ordinary ways to be perceived as a conniving Lady Macbeth, while somehow allowing a man with an incredibly well-documented history of chauvinism, harassment, and outright sexual abuse to pawn it off as regular, if slightly old-fashioned, alpha masculinity.

The writer, who had predicted a Clinton victory back in October, stayed true to his "blame everyone" phrase by targeting several factions in the Democratic Party and the wider liberal coalition:

...Blame the Clinton campaign, which convinced itself, rightly or wrongly, that it could not allow its boss to forcefully fight back against her monstrous opponent's blatantly sexist attacks, because to do so would be to risk making her seem too bitchy....Blame nearly every single person with any power in the Democratic Party, who were gifted a large and growing national majority and managed to piss it away into complete, across-the-board failure at every level of government. Blame them for doing nothing at all to support and fortify organized labor in any period in which they've held power since the 1970s. Blame a party that keeps foisting people like Rahm Emanuel, Terry McAulliffe, Patrick Murphy onto increasingly unhappy electorates....

Blame the party, and blame the Clintons, and blame nearly everyone in the upper echelon of Hillary Clinton's campaign, for clearing the field for her coronation...for pushing the most emblematic representative of the establishment imaginable in an anti-establishment era; for relying on out-of-touch advisers with no meaningful understanding of the lives of most people in her electoral coalition; for failing to sufficiently defend the black vote in states where it was actively and vehemently suppressed...and for not understanding that she was uniquely vulnerable to an opposition campaign based on the clearly true premise that the system is rigged in favor of the powerful and connected.

The Deadspin senior editor even targeted Facebook for supposedly "creating a massive reality-distortion field; for allowing its more than 200 million active North American users to dwell in a fever swamp of misinformation and ridiculous falsehood; for poisoning the minds of millions of old people more effectively and permanently than any medium since cable news."

Pareene ended his outburst by taking a parting shot at a favorite demographic of conservatives/Republicans: "[D]on't forget the actual army of authoritarian whites that constitute some or most of our national security services, police, and armed forces. Remember that there is surprisingly little demographic or ideological difference between the average American police force and the apocalyptic white militia movement, besides that one has the imprimatur of the state."