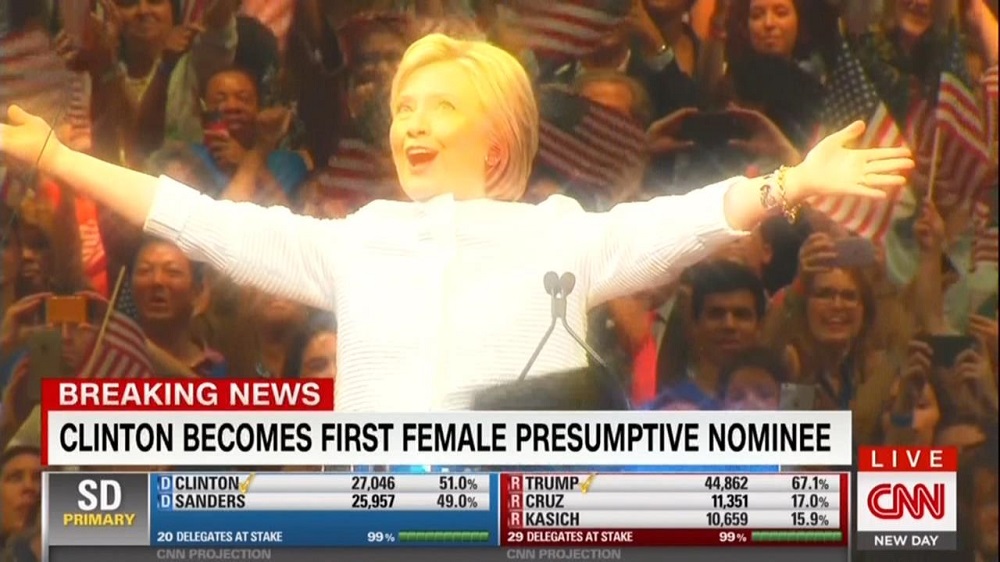 Zeleny touted the achievement for the former secretary of state:

SEC. HILLARY CLINTON, (D), PRESUMPTIVE NOMINEE: The first time in our nation's history that a woman will be a major party's nominee for President of the United States– (audience cheers and applauds)