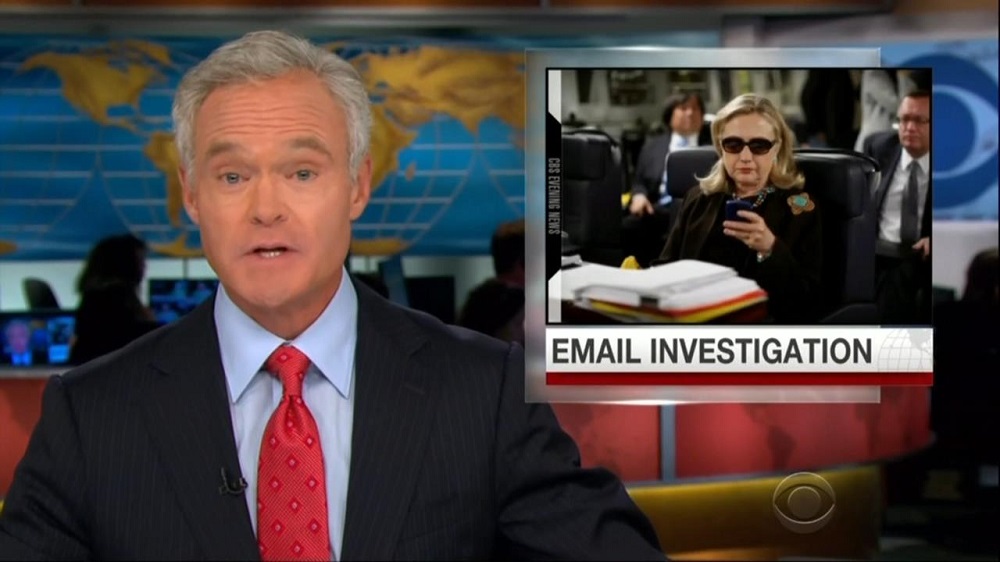 Friday's NBC Nightly News failed to cover how the Defense Department revealed earlier in the day that they found an "email chain that Hillary Clinton did not give to the State Department, as a Reuters report put it. Mrs. Clinton exchanged the e-mails with then-General David Petraeus between January and February of 2009.  Anchor Lester Holt did air a 16-second news brief on the other "big news from Washington" – Michelle Obama and the first lady of China revealing the name of the panda cub at the National Zoo.

The same evening, ABC's World News Tonight and CBS Evening News both gave news briefs on the development in the e-mail investigation, which together lasted a total of 43 seconds of air time. [video below]

A Friday article on CNN.com pointed out that "an email chain between former Secretary of State Hillary Clinton and then-commander of U.S. Central Command David Petraeus from January and February 2009 is raising questions about whether some of the emails on Clinton's private email server were mistakenly deemed personal and not included among the 55,000 pages of emails she turned over to the State Department." Correspondents Elise Labott and Ross Levitt also reported that "separately on Friday, a State Department official said a 'small number' of Benghazi-related emails that had not been disclosed to the House committee investigating the 2012 terror attack had been discovered."

The discovery of the e-mails wasn't the only story involving Mrs. Clinton that the Big Three networks minimized or skipped altogether. ABC's Good Morning America stood out for noting how the former New York senator trails her Democratic opponent Bernie Sanders by 16 points in New Hampshire. However, they only devoted 36 seconds to the story, which was split between two different segments during the newscast.

SCOTT PELLEY: We learned today that the Obama administration has discovered a chain of e-mails that Hillary Clinton did not turn over to the State Department. They're messages that she exchanged with General David Petraeus when he was the head of Central Command. Clinton has said that she turned over all of her work-related e-mails that were housed in her private account.

DAVID MUIR: There is a new headline tonight about the terror attack in Benghazi. The State Department, which has repeatedly said all of Hillary Clinton's e-mails relating to Benghazi have already been turned over to a House committee, now revealing they have discovered more Benghazi e-mails between Hillary Clinton and retired General Petraeus – described tonight as a –  quote, "small number' – the State Department planning on turning those e-mails over as well.